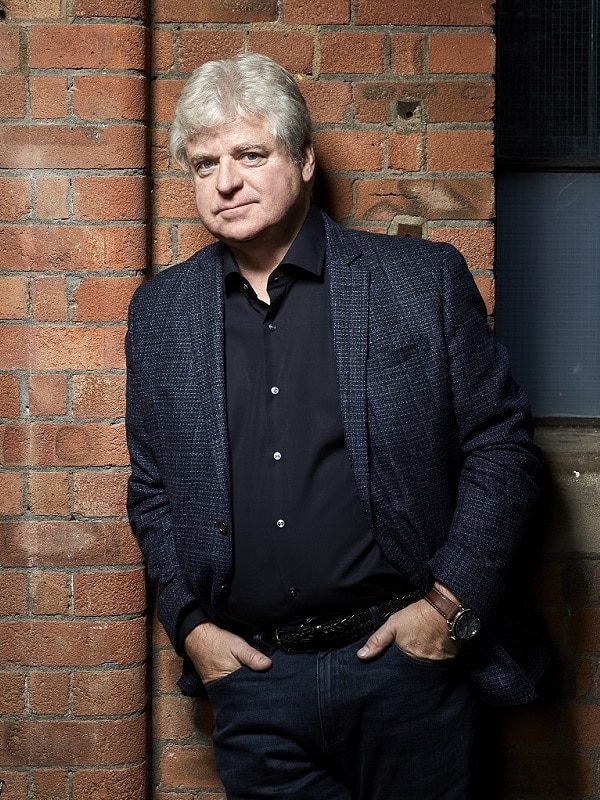 Linwood Barclay, a New York Times bestselling author with twenty novels to his credit, spent three decades in newspapers before turning full time to writing thrillers. His books have been translated into more than two dozen languages, sold millions of copies, and he counts Stephen King among his fans. Many of his books have been optioned for film and TV, a series has been made in France, and he wrote the screenplay for the film based on his novel Never Saw it Coming.

Q. Take Your Breath Away is a deeply suspenseful crime mystery about a wife’s disappearance, murder, and possible reappearance. What can you tell us about Andy and the horrible situation he finds himself in?
Linwood: Andy is in deep trouble on several fronts. For years, the police have suspected he killed his wife and got away with it, and they haven’t given up trying to nail him. But despite that, he’s been getting his life back on track. He’s moved to a different neighborhood, and there’s a new woman in his life. But hold on a second. If his missing wife has really returned, where has she been? And if it is her, where do his loyalties lie? With her again, after six years of absence, or this new woman that he’s fallen in love with?

Q. You worked as a journalist from 1977 to 2006, as a reporter, editor, humor columnist, and more. What lessons do you bring over to your writing from the newspaper business?

Linwood: Working for a daily newspaper – I was at the Toronto Star, Canada’s largest circulation newspaper, for 27 years – taught me that writing is a job. Deadlines are serious business. You get your butt in the chair and you get to work. So-called “writer’s block” is not an excuse when you are expected to deliver three columns a week, which I did for 14 years.  So when I go to my home office in the morning, I intend to produce.

Q. In your years as a journalist, or in your subsequent research, did you ever encounter a case with similarities to Andy and Brie’s situation in Take Your Breath Away?
Linwood: No, never. I think, as I started writing the novel, what became apparent to me was that my main character was in the same situation Helen Hunt was in when her husband, played by Tom Hanks, disappeared and was presumed dead in the movie Cast Away. What an impossible situation to be in.

Q. Many of your stories have been optioned for the screen, including the French television series, L’Accident which ran 2016 to 2017. What is it about your work that lends itself to visual media?
Linwood: I don’t set out to write something with the idea that it might make a good movie or TV series. But I do see the story playing out in my head as if it were on a screen. And I think a good thriller has a sense of momentum to it, like a boulder rolling down a hill. It just keeps picking up speed. And characters we can identify with. I think those are the elements that might make my stories attractive to a filmmaker. I’m a kid of the 60s who was addicted to television, and I think that influenced how I write. The end of every chapter is like a commercial break. It needs some kind of hook, even a minor one, to make sure the reader stays with you.

Q. Crime fiction is undergoing a renaissance, with a boom in readership, viewership, and listeners (from audiobooks to podcasts, and beyond). What is it about crime fiction that taps into the modern zeitgeist?
Linwood: There’s so much about crime fiction that connects with readers. They are, for the most part, page-turners with strong, driving plot lines. Crime fiction is also an excellent genre for tackling big issues. Turning to TV for a second, think of how a crime show like The Wire managed to entertain as well as focus our attention on important social issues. And in a world where chaos seems to reign lately, very often in a crime novel we have a sense of order restored, of justice served. That can be satisfying.

Q. What are you working on now?
Linwood: I recently finished the first draft of the novel that will come out in 2023. Untitled at the moment, but it’s about an unsuccessful writer who finds employment writing backstories for relocated federal witnesses. As you might expect, things go horribly wrong. I’m also gearing up to promote Take Your Breath Away’s North American release, and a second novel that will be out this year, called Look Both Ways. More like a Michael Crichton novel, it’s a bit of a departure for me. Think of that author’s Jurassic Park, but instead of dinosaurs, it’s self-driving cars. Imagine being on an island with a thousand Christines. What fun! 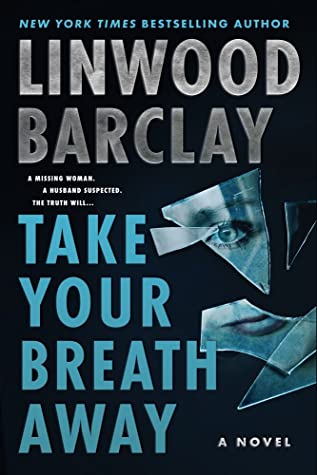 One weekend, while Andrew Mason was on a fishing trip, his wife, Brie, vanished without a trace. Most everyone assumed Andy had got away with murder–it’s always the husband, isn’t it?–but the police could never build a strong case against him. For a while, Andy hit rock bottom–he drank too much to numb the pain, was abandoned by all his friends save one, nearly lost his business, and became a pariah in the place he once called home.

Now, six years later, Andy has finally put his life back together. He sold the house he once shared with Brie and moved away. Truth to tell, he wasn’t sad to hear that the old place was razed and a new house built on the site. He’s settled down with a new partner, Jayne, and life is good.

But Andy’s peaceful world is about to shatter. One day, a woman shows up at his old address, screaming, “Where’s my house? What’s happened to my house?” And then, just as suddenly as she appeared, the woman–who bears a striking resemblance to Brie–is gone. The police are notified and old questions–and dark suspicions–resurface.

Could Brie really be alive after all these years? If so, where has she been? It soon becomes clear that Andy’s future, and the lives of those closest to him, depends on discovering what the hell is going on. The trick will be whether he can stay alive long enough to unearth the answers.