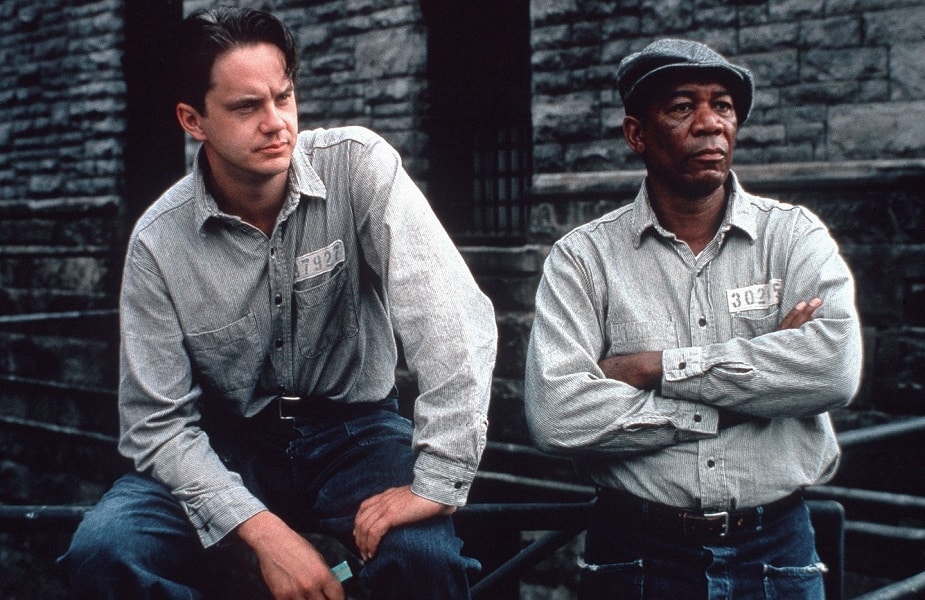 You have just broken out of your prison cell and hang atop the final obstacle standing between you and freedom. The night wind whips at your body, and you lick nervous sweat from your lips.  Your heart hammers inside your chest, and as spotlights trace the inky blackness you dare for the first time to allow hope for your impending freedom to enter your mind.

Your legal appeals exhausted, your innocence ignored by those who deposited you here like human refuse, you feel lucky to have made it this far. Yet a final glimpse behind you at the darkened edifice, the one that will always hold a part of your life inside its miserable walls, gives you pause. Where will you go if you succeed? How will you adjust without the regular clanging of gates, with no watchful eyes inspecting your every step? Your inner clock says you have just seconds to decide—scale down the other side to freedom and uncertainty, or return behind those familiar stone walls that beckon you like a living monster of a thousand living souls.

What draws us to prison escape thrillers?

Ever since cavemen etched visages of themselves absconding from enemy encampments, and disciples recorded the Israelites’ flight across the parted Red Sea, human beings have been fascinated with reading of others’ escapes from bondage. Indeed, the concept of incarceration itself tends to incite fear and terror in us as few others do, death itself included.

Throughout the centuries, as written fictional stories grew into their established forms, and the institution of incarcerating convicted criminals spread, we have seen the fascination for humans escaping their bonds turn into near obsession. On the surface, a growing interest in readers’ appetite for this ultimate adventure might explain this uptick. But a closer look at the popularity of the crime subgenre known as “prison breaks” poses the larger question of why readers are so engrossed with the concept in the first place.

Perhaps the best answer can be found within the human psyche itself. We are an independent and explorative species. The Puritans escaped religious persecution (and at times physical bondage) when they sailed for the New World. As they enslaved a race of people themselves, they would become living hypocrites to the very idea that human beings should never persecute each other. Today, regardless of our race, we no doubt feel the same innate yearning for freedom that our ancestors did.

But in today’s terms, just how does that yearning translate? On a smaller scale, yet bearing no less importance to our modern sensibilities, many of us have wished to escape the trap of a dull job, a listless relationship, even an endless traffic jam. Now extrapolate those emotions to an infinitely larger scale by hearing a judge’s gavel punctuate your life sentence, punishment for a crime you may or may not have committed. Vicariously, readers of such tales can experience what those unfortunate souls must then endure—thrown into dungeons or dank cells where the days pass interminably, having to subsist on meager food and horrors that await after the lights go out. Death for us all is guaranteed. But to subsist forever entrapped by walls and fences is not. It could very well be the ultimate fear for most of us. That we can read of others’ such plights, experiencing a character’s full range of emotions and finally cheer their looming escape from this living hell, may help to explain the allure of prison escapes in fiction.

Of the many examples of these stories, several come immediately to mind. As different as their subjects and respective authors’ methods of delivery are, each tale succeeds in captivating the imaginations and ethos of millions of readers both past and present.

The Count of Monte Cristo

In 1844 Alexander Dumas published The Count of Monte Cristo, a tale of a wrongfully imprisoned man who escapes to enact a protracted revenge on those responsible for his conviction. Readers see our likeable hero Edmond waste away in the inhospitable island fortress of Château d’If. With seemingly no hope of ever returning to his fiancée and life in general, he executes a daring escape which the reader discovers with little warning. That the escape occurs at all is never in doubt (we are privy to it from the book’s own description). What is in doubt is the escape’s timing and method. In what is likely the novel’s most exciting scene, readers share Edmond’s emotions—fear, desperation, hope—as he seizes what will likely be his only real chance to free himself. What happens to him once he succeeds is almost secondary. Although the escape sequence occurs early in the story, readers have already experienced one of the largest emotional payoffs they will likely receive. Indeed, Dumas’ tale cannot, and should not, be reduced to simply a prison break. But a glimpse into the aspect of the human psyche that is the yearning for freedom, and the scales of true justice being equaled, may explain why we cheer loudest for Edmond to escape his doom.

Nearly a century and a half later came another famous fictional escape story, Stephen King’s ‘Rita Hayworth and the Shawshank Redemption.’ Included in King’s novella collection Different Seasons, it was later immortalized by the extremely popular film adaptation directed by Frank Darabont. Unlike Edmond in Dumas’ tale, Andy Dufresne in the book version of Shawshank Redemption is guilty of his crime. The question then arises as to why readers still cheer for his escape? Continuing our glimpse into the human psyche, readers find empathy for Andy, because the crimes inflicted upon him by the brutal prison gang known as ‘the Sisters,’ as well as the corrupt warden, seem to override his own crimes that landed him there in the first place. Even if they do not, we can sense a perversion of justice taking place. But a simpler reason could be that Andy exemplifies one of the hallmarks of humanity—he refuses to give up hope.

He overcomes his own emasculation; he succeeds in building the prison library after being thwarted for years; he risks solitary entombment for a chance to give his fellow convicts a glimmer of happiness. He typifies what each of us wishes we could do in a similar situation, all while enduring an unimaginable fate. Unlike Dumas, King chooses to conceal the plans for Andy’s escape by using another character to narrate the story. By virtue of this point of view, readers are stunned to learn of the escape right along with Red, the warden, and the other guards. Having endured Andy’s humiliations right along with him, we almost forget why he was imprisoned in the first place. Like watching a long-caged bird suddenly fly free, we are left at story’s end with a sense that all is now how it should be. As cathartic an experience as any in fiction, the ending to Shawshank Redemption is a classic example of a climax that is both inevitable and surprising.

And isn’t this what we as humans are really searching for? A righteous ending of our own stories, to challenge the paradigms that have shaped our existences? When reading of others’ imprisonment, we can experiment with embracing the darkest of our emotions. If a character gains life beyond the page and enters our minds as an embodiment of ourselves, we can also experience the opposite effect—the joy and exhilaration of sudden freedom. Our boring jobs, listless relationships, even the impending traffic jam, suddenly do not seem as hopeless, at least for as long as we keep turning the pages.

Countless other literary examples no doubt aid readers’ collective fascination with prison escapes, as well as escapes of body and mind in general. From Alex Haley’s Roots, showcasing the inhumanity of slavery, to Anne Frank’s diary depiction of self-incarceration in an attic, readers through the decades have examined the lives of those unfortunate souls of all races and genders who, like the proverbial bird in a cage, have looked beyond their bars and yearned to spread their wings to the sky.

So as the wind whips you in the face and you look back to those darkened walls behind you, consider your next move. Which side of the fence you scale down will decide how the rest of your life will go: backwards to certain security and structure; or forwards toward a life lived at your own hand, free to chase dreams that flutter like wings of a newly freed bird. Which will it be?

Jacob Moon is a former U.S. army veteran and current supervisor at a large county jail in Clearwater, Florida. His career has greatly assisted him with this article, as well as with his 2020 crime fiction novel Furlough, the story of a wrongfully imprisoned man who escapes in search of the child he has never met. Jacob has published short stories in international and national magazines, and plans on a story anthology in the near future. Among other things, he enjoys sports, great food, and travel. Combining all three is a huge bonus. Learn more at writerjake.com 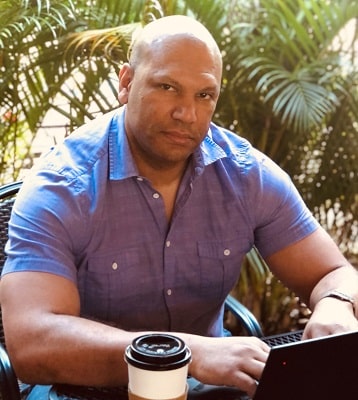