“Just because something isn’t a lie does not mean that it isn’t deceptive. A liar knows that he is a liar, but one who speaks mere portions of truth in order to deceive is a craftsman of destruction.”

Despite having not read the first 8 volumes of the Detective Louise Rick series by Sara Blaedel, it immediately immersed me in the story of Louise Rick. A Harmless Lie is written with the intention of Blaedel not assuming that everyone has read the entire series. I did not feel I was missing anything, but had the urge to go back and read the first eight books, as this book was that good.

Louise Rick is in Thailand, on sabbatical for several months before returning home to take a position as Head of Homicide in Copenhagen. She is with her fiancé, his daughter and her foster son, Jonas. Unexpectedly, her fiancé breaks up with her and they leave her alone on the island. When she gets a call to come back to Osted, as her brother has attempted suicide after his partner has left him for the second time. Louise returns to Osted, only to find a catatonic Mikkel and that he is being investigated for the disappearance of Trine, his partner.

Camilla, a journalist and Louise’s best friend, is researching a story about a decades-old disappearance of Susan Dahlgaard, a fourteen-year-old girl who disappeared during a field trip from Osted school. Susan’s body has just been found in a cave in Echo Valley, near where the class is staying. Despite Louise being on sabbatical, she becomes involved in the mystery of why Susan ended up in a cave on this field trip. She believes Susan’s disappearance has something to do with Trine’s disappearance. When other members of the same group that were with Susan on the field trip disappear also, Louise’s gut tells her they are all connected.

The author has a writing style that makes it easy to get caught up in the story. While there are many heavy themes, including suicide, kidnapping, insecticide (really!) and bullying, nothing is told in detail. Rather, the reader is outside the story looking in. I could feel the tension building as more women disappeared. Louise looks to Mona, an outcast at the time of Susan’s disappearance, and an eyewitness to certain events that happened after. All will definitely surprise the reader with the twists in this story. Rarely, I am at a loss as to who the culprit is, but I could not figure this one out. The ending was a surprise, and I did not see it coming.

A Harmless Lie is available at:
Amazon 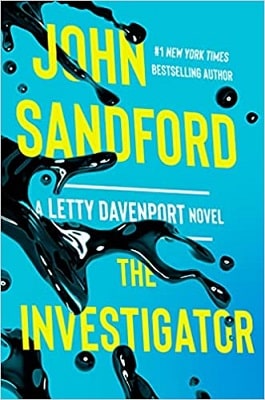