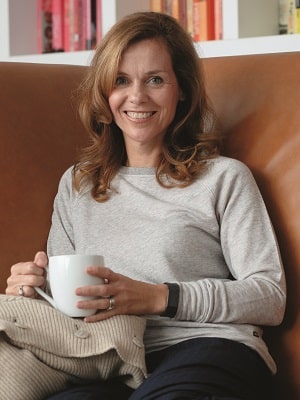 Adele Parks was born in Teesside, NE England. She studied English Language and Literature, at Leicester University. She published her first novel, Playing Away, in 2000; that year the Evening Standard identified Adele as one of London’s ‘Twenty Faces to Watch.’ Indeed Playing Away was the debut bestseller of 2000.

Q The US edition of Just My Luck came out a few days ago from MIRA. Already a hit on the other side of the Atlantic, what is the American audience in for? And what do winning lottery numbers have to teach us about friendship and intrigue?

Adele: Just My Luck is the story about a group of friends who have been extremely close since they met fifteen years ago, around the time they all had their first babies. The families have grown up together and their lives have become intrinsically linked: the kids go to the same schools, they go on holiday together, they meet socially all the time. One of their little rituals is that they do the lottery every week, as a syndicate; they’ve always laughed off their disappointment when they’ve failed to win anything that would so much as cover the cost of their takeaway food!

Until one evening, a small disagreement turns into a terrible rift – we don’t know what the friends are quarrelling about. Two of the three couples leave the syndicate, however the very next week the numbers come up and Lexi and Jake have the winning ticket worth 18 million pounds! The others go to extreme lengths to try to get a share of the money. It is a novel that looks at what money can and can’t buy, should and certainly should not buy!

The truth is we live in a world where there are incredible discrepancies between those who have and those who have not and discrepancies and tension, enable pacey plots. I love to push my characters to their limits; I think that people reveal their truest selves when the intensity is turned up, so I delight in putting my characters – who are often very ‘ordinary’ people – in extraordinary circumstances to see who we really are at our cores. The truth is, none of us are that ordinary. Humans are capable of extreme acts of selflessness and selfishness, enormous displays of love and devotion but also excessive cruelty. Human greed is one of those extremes. Winning the lottery seems like a dream but it might be a nightmare; punishing and exposing.

Q In May, Both of You is set for release. What inspired you to write about a stepmother who goes missing? Is this your most suspenseful mystery/thriller yet?

Adele: Both of You is a story about two women who go missing from London in the same week. Leigh Fletcher: happily married step-mum to two gorgeous boys – goes missing on Monday. Her husband Mark says he knows nothing of her whereabouts. She simply went to work and just never came home. Their family is broken.

The Detective in charge of their cases knows that people disappear all the time – far too frequently. Most run away from things, some run towards, others are taken but find their way back. A few never return. These two women are from very different worlds, their disappearances are unlikely to be connected. And yet, at a gut level, the detective believes they are.

She doesn’t think the women walked away from their families, husbands and homes willingly. She’s determined to unearth the truth; no matter how shocking and devastating it may be for everyone involved… I think my novels are getting darker and darker!

Q You write occasionally for various news outlets, including The Telegraph, The Guardian, and others. Do you have a favorite story?

Adele:  I have written for most UK publications – both newspapers and magazines – over my years of being a novelist. I think people are always interested in the zeitgeist opinions of writers and our thought processes, which is why I’ve been lucky enough to often get asked to make comment on what is happening in our world. I turn down work if I don’t think it’s productive or positive. I am a good news person if at all possible. I certainly never want to contribute to any level of distressing drama that can be reported in papers. I keep my drama between my fiction pages!

Q What do you enjoy when you’re not reading or writing?

Adele: I write a review column for a magazine called Platinum, whereby monthly I pick 6 books that I think might make good ‘Book Club’ choices. I’ve done this for about 18 months and I absolutely love drawing attention to my favourite books (both fiction and non-fiction) and to other authors who I admire. I like to highlight work from established and debut novelists; UK and overseas authors. It’s a huge joy and privilege and it means I read widely in many genres.

Adele: I have written a novel a year for the last 21 years. I’ve been so fortunate that all of my novels have been bestsellers; that’s incredibly motivational. So at the moment I am working on my 22nd novel which will hit the UK market in 2022. I’m also continuing to support literacy charities and I’m working with producers developing three of my novels. I’m a self-diagnosed workaholic but since I love my job so much it never really feels like hard work. 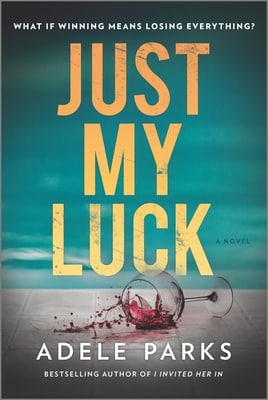 For fifteen years, Lexi and Jake have played the same six numbers with their friends. Over drinks, dinner parties and summer barbecues, the three couples have discussed the important stuff—kids, marriages, careers—and they’ve laughed off their disappointment when they failed to win anything.

But then the unthinkable happens. There’s a rift in the group. Someone is caught in a lie. And soon after, six numbers come up that change everything forever.

Lexi and Jake have a ticket worth millions. And their friends are determined to claim a share.

#1 Sunday Times bestselling author Adele Parks returns with a riveting look at the dark side of wealth in this gripping tale of friendship, money, betrayal and good luck gone bad.