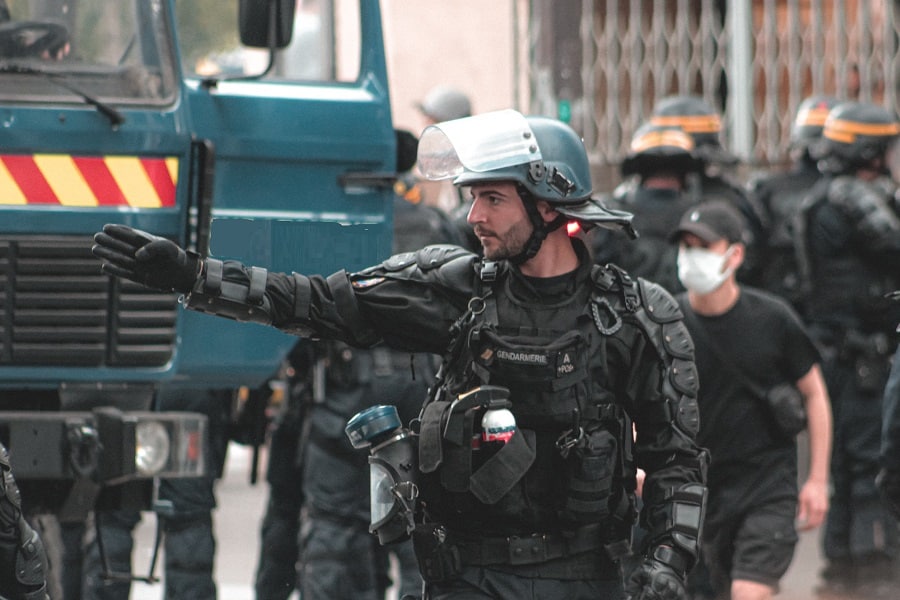 Drama requires conflict. There’s the outer conflict: get the girl, disarm the bomb, gather all the infinity stones before Thanos. Then there is the kind of conflict that gives characters depth: the inner conflict.

For “Fed” characters in political thrillers, one of the best ways this inner conflict expresses itself is through the contention of duty versus belief.

While the term “Feds” encompasses many different groups (such as the ATF, the DEA, the Secret Service, the Diplomatic Security Service, and more) they are very similar in terms of how they function. These groups are expected to be apolitical, but the directors of these organizations are all political appointees. They serve “at the pleasure of the president,” which causes one to wonder just how apolitical they can be. As an example, let us look at how the most famous (and sometimes infamous) of these federal agencies came into being.

A Short History of Federal Agents

In 1908, Teddy Roosevelt started the precursor agency of the FBI called the Bureau of Investigation. Initially, the BOI’s job was to break-up corporate monopolies. It was when the BOI was tasked with finding German spies during World War I that it essentially became a law enforcement agency. This was also when the BOI began targeting so-called “hyphenated Americans,” particularly German-Americans and Italian-Americans, over concerns of espionage. They also illegally detained Americans who had not registered for military service under the Selective Service Act.

In the 1920s, President Harding’s interior secretary Albert Fall allowed oil companies to tap U.S. Navy emergency oil reserves in Teapot, Wyoming in exchange for financial kickbacks. After Senator Burton K. Wheeler launched an investigation into Fall’s misconduct, Attorney General Harry Daugherty enlisted then-FBI Director William J. Burns to end the Senate probe. When Director Burns could not find any dirt on Senator Wheeler, he concocted baseless corruption charges against the Senator. The gambit ultimately backfired, Director Burns was removed as the Bureau’s Director, and the FBI was placed under the leadership of a young agent named J. Edgar Hoover.

The rest, as they say, is history. Under Hoover’s nearly fifty-year reign, the FBI essentially became a tool of political power. Be it rooting out “radicals”—from war protestors to Communists to civil rights leader—or compiling dossiers on people in government the Bureau thought might be security risks, under Hoover, the FBI continually found itself in service to a political party or a set of political beliefs.

So, what happens when a character’s beliefs conflict with those of the federal agency he or she serves?

You have an ingredient for a compelling story.

In Vince Flynn’s Term Limits, unknown assassins murder several powerful and corrupt politicians. The assassins, who consider themselves patriots not unlike those who fought in the American revolution, demand radical reform, a balanced budget, a national crime bill, an end to “pork-barrel politics,” among other things.

FBI Agent Skip McMahon and former-US-Marine-turned-freshman-congressman Michael O’Rourke work to identify and stop the mysterious assassins. While the novel’s action set pieces are thrilling, what is truly interesting about Term Limits is our protagonists’ inner-conflict: they sympathize with the assassins. Rourke and McMahon are dutybound to stop the assassinations, but at the same time, they agree with the assassins’ political message. This moral dilemma between duty and belief makes the novel more than just a by-the-numbers political thriller. It forces the reader to examine their own beliefs about the greater good and whether ends justify means.

Don Winslow’s The Power of the Dog trilogy is an epic exploration of the drug trade that spans four decades. DEA Agent Arturo Keller is a dedicated DEA Agent assigned to Mexico, whose politics cause problems with everyone from the Cartels to his own government. He comes to view the war on drugs as unwinnable. By the final book in the series, Keller is the head of the DEA and must contend with his boss and main antagonist— a real estate mogul, reality television star turned President of the United States. Arturo’s inner conflict is not only compelling to watch. The strength he shows in sticking to his beliefs in the face of extreme political pressure is what makes him a hero.

But the pressure of duty versus belief does not always create heroes. James Ellroy’s American Tabloid spans from 1958 to 1963. The novel follows two FBI Agents. Kemper Boyd, a Southern playboy enamored with the wealth and glamor embodied by JFK, and Ward Littell, a Jesuit Seminarian turned FBI Agent, with a deep moral hatred for organized crime, who is stuck monitoring Communist Party activities. Of the two characters, Ward Littell is by far the more interesting. This is because unlike Kemper Boyd, Littell is morally and ideologically conflicted by the work he does for the FBI.

In the novel, J. Edgar Hoover has political axes to grind. He is soft on organized crime and even collaborates with them to achieve his political goals. He hates Fidel Castro and the Kennedys and will do anything to bring them down

Littell becomes increasingly disgruntled with the FBI and Hoover’s disinterest in going after organized crime, whom Littell views as truly evil. He sees Hoover’s anti-communist crusade as a witch hunt and begins to harbor Leftist sympathies. So, he investigates the mob on his own.

Ultimately, Hoover fires Littell for not toeing the line. Hoover also revokes Littell’s pension, and labels him as a communist sympathizer, making it difficult for him to find legitimate work as a lawyer. In a final, ultimate insult, Littell’s hero, Robert Kennedy, refuses to hire Littell on his committee to prosecute the mob after receiving a report from Hoover falsely accusing Littell of having mob ties.

Disillusioned, destroyed, and with little recourse, Littell ultimately becomes a mob lawyer and, ironically, as such, wins his way back into Hoover’s good graces.

Watching the idealistic Littell struggle like a rubber ducky caught in a squall of political forces makes witnessing his transformation from hero to antihero all the more riveting.

James Ellroy’s sequel, The Cold Six Thousand, begins immediately where American Tabloid left off. The plot of The Cold Six Thousand is long and byzantine in all of the best ways, but in short, the novel finds Ward Littell working for the FBI again, as well as the mob. But he is also skimming mob profits and funneling them to Martin Luther King’s civil rights movement (his mea culpa for all of the bad things he has done as a mob lawyer). Among other things, the novel details the FBI’s meddling in the civil rights movement and culminates in the assassination of Martin Luther King Jr. and Robert F. Kennedy in 1968.

Exploring sociopolitical aspects like race relations and equal rights is another interesting (and less common) way belief is pitted against duty in political thrillers. A great example of a sociopolitical thriller is Attica Locke’s Bluebird, Bluebird. In it, a black Texas Ranger named Darren Matthews (not technically a Fed, I know) is asked by a friend in the FBI to investigate a pair of murders in a small, racially-divided East Texas town.

In Bluebird, Bluebird, Matthews grapples with the inner conflict of what it means to be a black man in Texas versus his duty as a Texas Ranger to the state that he loves. Without giving too much away, there is a twist at the end of the novel, which reveals that Matthews essentially broke the law in the name of his beliefs. This revelation, rooted in his conflict of duty versus belief, makes Matthews all the more fascinating.

We’ve discussed how duty versus belief creates characters that are heroic (Arturo Keller in Winslow’s The Power of the Dog trilogy), antiheroic (Ward Little in Ellroy’s American Tabloid and The Cold Six Thousand), and a combination of both (Darren Matthews in Bluebird, Bluebird).

Now let’s examine how Feds function as antagonists in political thrillers. In David Baldacci’s Absolute Power, veteran burglar Luther Whitney breaks into a billionaire’s house to rob it. Instead, he witnesses President of the United States Alan Richmond engaging in violent sexual intercourse with the billionaire’s wife, which ends with the Secret Service shooting and killing the woman. As Luther makes his escape, secret service agents spot him. Richmond learns that Luther not only witnessed the murder but also possesses a letter opener, which places the President at the scene of the crime. The President utilizes the full power of the federal government to hunt for Luther.

As the head of the federal government, Richmond does not suffer from the same inner conflict of duty versus belief as some of the other characters we have discussed. In this way, he is somewhat one-dimensional. He is a character who shirks his duty in favor of a belief (in this case, self-preservation). But if nothing else, the novel exemplifies why Feds make formidable antagonists in political thrillers. The reason is right there in the title of Baldacci’s book. It is in their almost “absolute power.”

The inner conflict of duty versus belief is a tried-and-true way that authors create interesting Fed characters in political thrillers. This internal conflict makes the character’s outer conflict (win the war on drugs, bring down the mob, solve the murders, etc.) deeper and more profound. This inner conflict also links directly to the character’s development. Regardless of which way they go—hero, antihero, or villain—it is always fascinating to watch how Fed characters arc under the pressures of political agency.

Alex Davidson is a multi-award-winning screenwriter, playwright, and indie author. He earned his MFA in Dramatic Writing from NYU’s Tisch School of the Arts in 2009. His debut thriller novel, Black Rifle, was released in February, 2021 to critical acclaim. The sequel to Black Rifle is due to be released in the summer of 2021.

Learn more about Alex and his work at: Alex-Davidson.net

Get your copy of Black Rifle at viewbook.at/BlackRifle 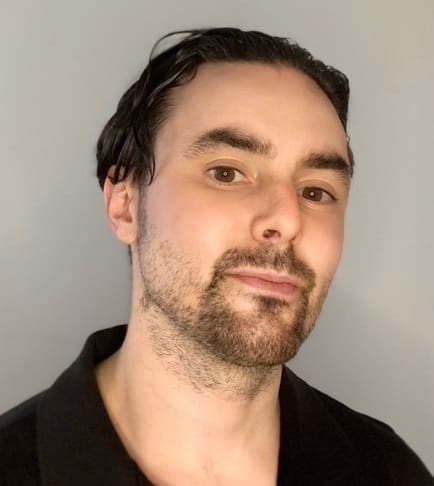