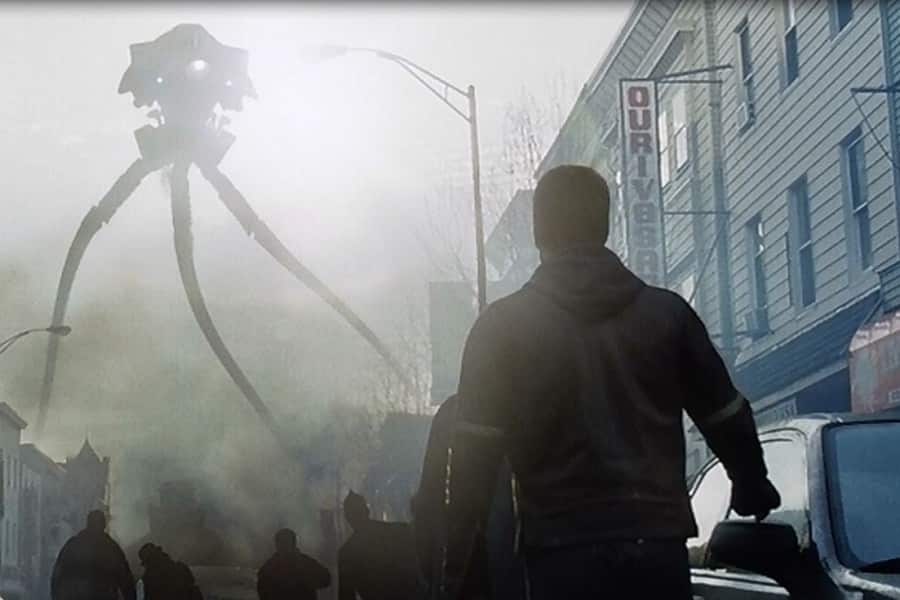 When I think of alien invasion thrillers, books like H.G. Wells’ The War of the Worlds and Stephen King’s IT certainly come to mind. However, I grew up loving the cinema. Movies about an all-out attack on Earth by space invaders captured my imagination and have stayed with me ever since.

What makes these types of movies so thrilling? I’ve broken it down into two parts: tropes and techniques. First, let’s look at the common themes that make alien invasion flicks so irresistible. Next, let’s explore the art of the craft and techniques filmmakers use to keep audiences on the edge of their seats.

The quest for natural resources is a common theme for this genre, and Earth is a target-rich environment. In Oblivion, Tom Cruise and Morgan Freeman team up as humanity’s last hope to stop an alien race from siphoning the planet’s oceans. Conversely, in Avatar, humans are the alien invaders trying to relocate indigenous tribes in order to mine Pandora’s precious metal, unobtanium. Another natural resource Earth has in abundance are humans. In films such as Invasion of the Body Snatchers and The Invasion, the aliens sought host bodies and kept moviegoers on edge wondering who would be assimilated next. Humans have many other tantalizing uses for off-worlders. In Jupiter Ascending, humans were harvested to make an anti-aging formula that extended life, while in Stargate, the ancestors of ancient Egyptians were transported from Earth to the far-edge of the known universe to work as slave laborers. Last, but certainly not least, humans also make for a delicious feast. As mentioned earlier, IT showed us that crossing the galaxy to consume humans is worth the trip. Why we have not seen vegan alien invaders is beyond me.

One of the more unique storylines for an alien invasion movie is hunting humans for sport. In the Predator movie series, we see humans being pursued by a technologically-superior race of alien hunters for no other reason than to collect skulls for trophies. The original Predator is a classic; I dare you not to tear up when Dutch, played by Arnold Schwarzenegger, tells his people, “Get to the chopper!”

They Live by John Carpenter was not a box office hit, but it has developed quite a cult following. What makes this film so unique is not the trope of aliens living amongst us; it is the fact the aliens are using subliminal messages throughout our society (i.e., television, billboards, magazines, etc.) to influence how we think and what we consume. Art imitating life? The alien plot is revealed when humans wear special sunglasses, and – SPOILER ALERT – our heroes use this advantage to take down the radio transmitter used by the aliens to control our perceptions. This film may not win any acting awards, but They Live is a must-see just for the fight scene in the alley.

On the flip side, not all alien invaders are evil. In E.T. – The Extraterrestrial, the lovable alien is accidentally left behind on Earth and befriends a small boy named Elliot. E.T. is a fun and heart-warming family film. One of its more thrilling scenes involved Elliot and his friends rescuing E.T. on their bicycles. Just as they about to be captured by government forces seeking to experiment on E.T., our alien friend uses his power to lift the pedaling kids off the ground and fly over treetops. It is the dream ride of every eight-year-old.

There are also alien invasion films where the viewer simply does not know the lifeform’s intent. Case in point, in War of the Worlds with Tom Cruise, the aliens emerge from underground in giant, tri-pod vehicles to disintegrate humans and take over the planet. In this writer’s opinion, Steven Spielberg’s adaptation of the H.G. Wells classic is not his greatest film, but it is one of the most realistic alien invasion films ever made.

The best alien invasion films are those that take the tropes mentioned earlier and masterfully mix in elements of mystery, suspense, action, and most-importantly, special effects.

The big question is, when first contact occurs, will the aliens be friend or foe? In the film, Signs, M. Night Shyamalan kept moviegoers in the dark throughout the film wondering that very thing. What could be causing the formation of strange crop circles around the world, and what is hiding in Mel Gibson’s cornfield?

Likewise, a good alien invasion movie will keep audiences on the edge of their seats. One of my favorite movies is the Kurt Russell film, The Thing. Stuck in a remote research base in the Antarctic, Russell and his colleagues find an alien spacecraft buried under the ice and soon discover a lifeform is methodically killing them off and creating perfect imitations. Before long, no one knows who is real and begin turning on each other. It is an intense movie that has stood the test of time.

An all-out invasion film will have great action sequences. Independence Day is an example of an over-the-top action film where a technologically-superior alien force arrives to take over the planet and humanity must band together to fight for freedom. This film uses all of the classic tropes and packages them together with mystery, suspense and lots of action. The aerial combat sequences are superb and the special effects groundbreaking.

For me, special effects and alien invasions go hand-in-hand. Independence Day set a high bar, but other films have provided great visual effects that added to the film without overshadowing the plot or great acting. For instance, Edge of Tomorrow with Tom Cruise had superb special effects and massive battlefield sequences that gave audiences their money’s worth. District 9 is another film where the special effects were not over-the-top, but added realism to a very difficult alien immigration problem.

To sum it up, alien invasion stories are one of my favorite types of thriller. Whether it is a book, movie, graphic novel, etc., these tales have captured the imagination of audiences for generations and will continue to do so as long as the mystery of life beyond Earth remains.

Todd Hosea is a veteran of the United States Air Force and holds a master’s degree in Organizational Leadership. His day job is product and talent development. Steal the Reaper is Todd’s debut novel. It was released in October 2020. Tom Clancy and Michael Crichton were major influences.

Steal the Reaper is a techno-thriller/sci-fi adventure set in the present day. When a mysterious spacecraft crashes inside North Korea, Captain Ava Tan is recruited to infiltrate the Hermit Kingdom and steal a vessel – the Reaper – hidden within the wreckage. It is a suicide mission that will test Ava’s courage and force her to decide where her loyalties truly lie. Earth’s fate hangs in the balance and the clock is ticking.

Learn more about Todd and Steal the Reaper at https://toddhosea.com 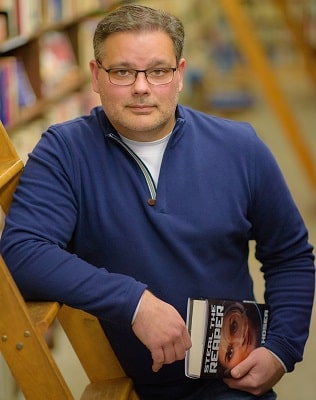