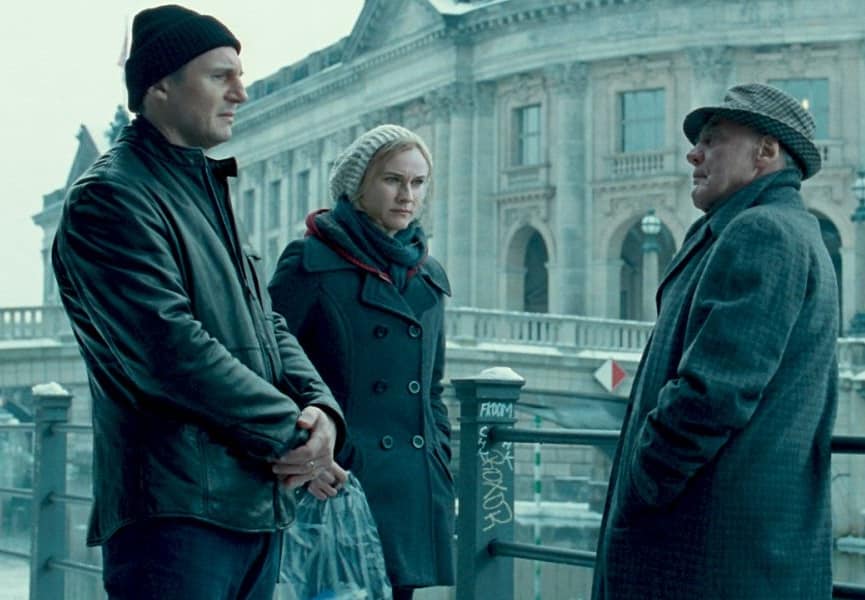 Have you ever been on top of a mountain built from the remains of a city? Welcome to Berlin Teufelsberg—German for devil’s mountain. This man-made hill, 120 meters tall (nearly 400 feet) was created from the uncountable tons of air-raid-wrought debris, removed from World War II Berlin.

Later, during the Cold War, Allied forces took advantage of this artificial landmark by installing a listening station to find out what was going on in the Russian-controlled eastern part of the city. With the threat of a devastating nuclear air strike at any time, conflicts were carried out in a more subtle way. And the Cold War was a golden era of espionage.

Certainly that’s why Season 5 of Homeland uses Berlin as it’s setting. In one key scene of a later season the main character Carrie Mathison—a CIA officer with bipolar disorder—is exchanged for a captured Russian spy on the Glienicke bridge. The bridge of spies.

From top of the tower of the abandoned and listening station on Teufelsberg you have a picturesque view over the city. The skyline lacks skyscrapers, but if you want to unravel the mysteries of the city, you should remember not to focus on the sky anyway. The German capital is literally a multi-layered city with remnants of the past being covered by its debris—for example, below Teufelsberg lie the ruins of an unfinished Nazi military-technical college.

Despite the fall of the Berlin wall in 1989 and the reunification of Germany one year later, the city is still searching for its identity. It’s a metropolis in permanent change. A melting pot of people and ideas. “Berlin is a city condemned forever to becoming and never being,” Karl Scheffler said back in 1910. And this statement is still valid. Is it a coincidence that two movies, The Bourne Identity (2002) with Matt Damon and Unknown (2011) with Liam Neeson, deal with people having lost or struggling with their identities?

Berlin has indeed an ambivalent nature. Nothing can be taken with any certainty. It’s a city of divergences and contradictions, extravagance paired with morbidity. And those traditions date back to the 1920s and early 1930s. Fritz Lang’s movie M (1931) depicts a serial killer of children, hunted down by a criminal underworld that’s sick of large-scale police raids.

Berlin is a tightrope walk between fancy districts like Prenzlauer Berg and the underground U-Bahn with a smell of sweat, steel, and urine in summer. For many young people it’s a place of self-realization and adventure. Run, Lola, Run, a German experimental thriller movie from 1998, reflects the hectic pace and transience of the city. And Berlin is a place where reality meets visionary.

The neo-noir movie Mute (2018), directed by Duncan Jones—the son of David Bowie—paints a picture of a futuristic Berlin of the year 2052. A mute Amish man is searching for his girlfriend in dystopian streets full of rude people.

Whatever the future might look, one thing is certain: Berlin will not get rid of its darkest period.

We have left Teufelsberg and are now in the center of the city. In the distance, we see the stars and stripes of the American flag flying over the US embassy, the field of stelae of the Holocaust memorial is even closer. We are in the middle of a parking lot. The ghosts of the past are right underneath our shoes: the Fuehrer bunker—Adolf Hitler’s air-raid shelter and his last retreat—where he committed suicide. In the movie Downfall (2004) you get a good feeling about the claustrophobic architecture of the bunker. The Red Army blew it up after World War II and the remnants were destroyed by order of the East German government. Now there remains hardly more than dust. But remember that it’s the dust that covers your skin and it’s the dust that you inhale deeply into your lungs.

Karsten Krepinsky is a German author and lives in Berlin. He holds a PhD in biology. When not working for a start-up company in the field of neurosciences, his passion is to write mystery, sci-fi, and horror novels. A great source of inspiration to Karsten is the vibrant city of Berlin. In dystopian scenarios, the German capital is inter alia depopulated after a nuclear catastrophe, the hunting area of a bizarre, insect-like creature, scene of a zombie apocalypse, or playground of ruthless gangs. 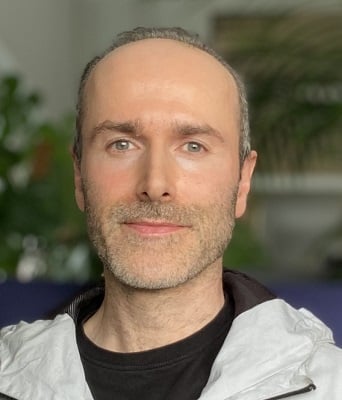