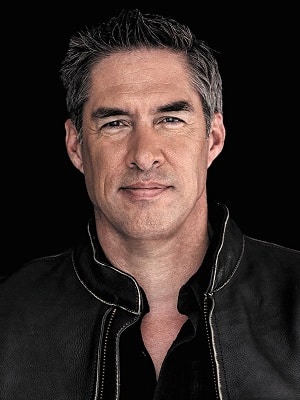 Brad served for more than 21 years, retiring as a Special Forces Lieutenant Colonel.  During that time he held numerous Infantry and Special Forces positions, including eight years in 1st Special Forces Operational Detachment – Delta where he commanded multiple troops and a squadron.  He has conducted operations in support of US national interests in Iraq, Afghanistan, and other classified locations.

Q. Your latest, American Traitor (Pike Logan #15), has Pike facing off against the Chinese. How closely do the fictional national security threats in the book track against reality?

Brad: Very closely, and it’s been happening for decades. There was a paper written in 1998 that got some attention in the west, but not nearly as much as it should have. It was called “Unrestricted Warfare” and was written by two colonels in the People’s Liberation Army. The point of it was to determine how to defeat a near-peer competitor like the United States without full-on war. They knew that a direct military confrontation would result in defeat, and looked at other ways to win, in the absence of overt hostilities. China has been pushing its perceived sovereign territory farther and farther into the South China Sea for years, and the president of China has stated unequivocally that he will not pass the “Taiwan Question” to another generation. We are starting to pay attention now, but with our entanglements around the world in the last twenty years, we haven’t given it the attention it deserves, and China has used this to its benefit. It has a goal, and to acquire it, they cannot afford to go to war with the United States from a cold start invasion. They need another route, and they’re looking to find it in American Traitor.

Q. Famously, you served 21 years in the armed forces and as a squadron commander in 1st Special Forces Operational Detachment—Delta Force. Clearly, this experience is tremendous for your readers. But are there any ways (such as security review, etc.) that it holds you back in what you can’t write about? Is there any other experience you wish you could add?

Brad: I certainly can’t write about classified elements of our national defense, but it doesn’t really affect me. Classified information is usually related to three things: Location, Technology, or Tactics Techniques and Procedures. It’s pretty easy to steer clear of that stuff. It’s honestly sort of a dichotomy. The average writer in my line of work is looking to find the super-secret stuff to include, and I’m doing the opposite because I’ve been read on to the capability and am not allowed to talk about it, but the world has changed mightily since the days of James Bond’s Q from the eighties. Nowadays, the intel community is trying to keep up with commercial, off the shelf stuff. You can buy apps for your phone that will turn it into a listening device or track everything it does. The CIA doesn’t make it. Commercial companies do, mainly to try to find a cheating spouse or industrial espionage, but it’s out there. In the same vein, I learn more from criminals than I ever did from my previous work. They are literally on the cutting edge, and none of that is classified.

Q. Was your move to go from colonel to writer—of your hit debut, One Rough Man—an easy decision, or was it more of a jump off a cliff?

Brad: A jump off of a cliff. I wrote the book just as a bucket list thing – something I’d always wanted to do, but never had the time. When I left a Special Mission Unit at Fort Bragg, I went to teach at The Citadel, in Charleston, South Carolina, and had a lot of time on my hands. The experience was rewarding, but coming from the unit I did, I had so much time on my hands I didn’t know what to do with myself. So I wrote a book. I thought it would simply sit on the bedside table, with my wife and friends saying it was great, and that would be it. Instead, it sold. At the same time, I came out on the promotion list for full Colonel, was told my next assignment was unaccompanied to South West Asia for two years, my daughter was entering high school, and my wife was starting to enjoy the 9-5 life without constant deployments overseas. I had to make a choice, and I did. I turned down the promotion, retired from the Army, and decided to give writing a try. Looking back, it was an absolutely insane decision, because I gave up my stability for a world I had no idea about, but it worked out.

Q. One reason for your enormous success is your ripped-from-the-headlines plotting. How do you stay ahead of the news? What does your research look like?

Brad: Honestly, I get asked this a lot, and the truth is there is no headline that hasn’t been brewing for years. For instance, American Traitor first entered my head when I was doing research in Lesotho, Africa for Operator Down three years ago. That book was about a coup, so I had to see the government centers, police stations, television stations, etc. When I went to the parliament of the country, it was all new construction with Chinese lettering on the fencing outside. I assumed the words said something like, “Wear a hard hat beyond this point,” but the Chinese lettering was extremely strange. I mean, why would the Chinese be in Lesotho, Africa? I asked the guy I was with, and he said they were just being nice, building the government center for free. Having done the research on Lesotho for Operator Down, I knew that wasn’t true. Lesotho is abundant in natural resources, and I realized China wanted access to that. It had nothing to do with that book, but it was my first brush into their Belt and Road initiative. Since then, China kept bubbling up as troublemakers with Hong Kong, trade wars, the Spratly islands, industrial espionage, and other things, so I decided to write about it. American Traitor looks like I’m on the cutting edge of the United States news cycle, but the truth is the gray war we’re seeing now has been brewing for a long time. I just try to keep my finger on the pulse of what’s going on in the world, and when something begins to grow beyond the local area, I keep my eye on it.

Brad: Banging away on Pike Logan 16. While doing research for Ring of Fire in Rome, I stumbled across this fascinating organization called the Knights of Malta, an organization that has international status as a state, its own passports and currency, and a seat at the United Nations – but owns no terrain. I’ve been waiting to use them in a book for years, and now I will.

Pike Logan and Jennifer Cahill are enjoying a sunny vacation down under when they get disturbing news: their friend and colleague Clifford Delmonty is in serious trouble. While working as a contractor at an Australian F-35 facility, the former Taskforce member—callsign Dunkin—saw something he shouldn’t have, and now he’s on the run from Chinese agents.

Pike and Jennifer soon discover that Dunkin’s attackers are a dangerous link to a much larger scheme that could launch a full-on conflict between China and Taiwan. In its quest for dominance, China is determined to reclaim Taiwan—a pivotal ally the United States has sworn to protect. Pike learns that the Chinese have a devious plan to bait the island nation into all-out war by destabilizing the government and manipulating an artificial intelligence defense system.

As the threat reaches a boiling point, Pike alone realizes that what they’re seeing isn’t actually real. A soldier who has always been trained to fight and win, Pike must now track down and neutralize the missing man who holds the key. With the help of Jennifer, the Taskforce team, and a brave Taiwanese intelligence agent, he races to prevent a catastrophic conflict from consuming a whole region of the world.

The NYT bestselling author on HOSTILE INTENT and more