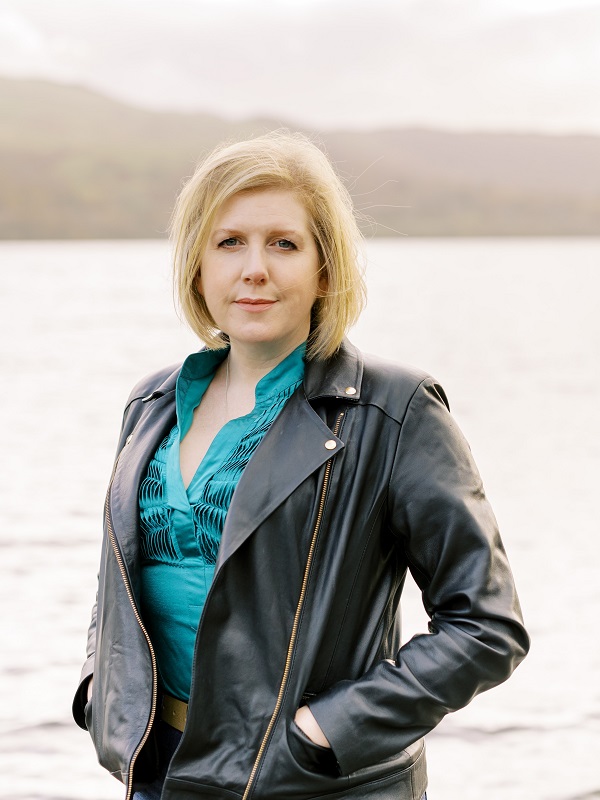 With more than two million copies of her books sold worldwide, number one bestseller Clare Mackintosh is the multi-award-winning author of I Let You Go, which was a Sunday Times bestseller and the fastest-selling title by a new crime writer in 2015. It also won the Theakston Old Peculier Crime Novel of the Year in 2016.

Both Clare’s second and third novels, I See You and Let Me Lie, were number one Sunday Times bestsellers. All three of her books were selected for the Richard & Judy Book Club. Clare’s latest novel, After the End, was published in June 2019 and spent seven weeks in the Sunday Times hardback bestseller chart.

Q. Your latest, The Last Party, kicks off with a New Year’s Eve party that ends with a man dead in a lake. What is this mystery all about, and where does it take us? And who is DC Ffion Morgan?

Clare: The Last Party is a classic murder mystery with Agatha Christie vibes, set in the UK, on the border between England and Wales. The border runs right through the middle of a lake: on the Welsh side is a small town – the sort of place where everyone knows everyone – and on the English side is The Shore, a luxury resort of log cabins, with decks stretching over the water. There’s a lot of tension between the two sides, and everything comes to a head on New Year’s Eve, when the residents of The Shore host a glamorous party for their neighbours across the lake. The story starts on January 1st, when the locals are taking part in their traditional New Year’s Day swim, only to discover a body floating through the mist. This kickstarts a cross border murder investigation led by Detective Constable Ffion Morgan and her English counterpart, Detective Constable Leo Brady.

Q. Is this the beginning of a new series, with DC Ffion Morgan at the center?

Clare: To date, all my books have been standalone thrillers. I never planned to write a series, but then Ffion walked onto my screen and into my heart, and I realized I wanted to stick with her for more than one mystery. She’s a fierce, spiky young woman – a complete nightmare to work (and live) with – but she’s also loyal and funny, and I loved writing her. I also loved the interplay between her and Leo Brady, and was desperate to see what happened next between them!

Q. You were a police officer for 12 years. What did that role offer to your writing? When did you decide you wanted to leave the force and give writing a shot?

Clare: Being a police officer might seem like a very different job to writing books, but it was the perfect training ground for a novelist. It exposed me to people from so many different types of background, and showed me how fine a line we all walk between right and wrong, safety and danger. Lives are turned upside down in a heartbeat. My job also taught me how to tell someone’s story in a compelling way, finding the right words to convince a judge of what had happened. A detective searches for the story in the forensics, or the CCTV; she listens to unreliable narrators and picks out the truth. That’s not so different to what I do now, albeit my stories are fictional.

I left the police primarily because I was struggling to balance work with raising three small children. I took a two year career break and paid the bills by copywriting and pitching features to magazines and newspapers. Just before I was due to return to work, I signed a book deal for my debut novel, I Let You Go. I never went back to the police.

Q. Your 2014 debut, I Let You Go sold more than a million copies worldwide, and your career seems to have only gone up from there. What would you tell your younger writing self about success, dreams, and getting it right?

Clare: It’s been a rollercoaster, that’s for sure. In some ways, I wish I’d started writing much earlier, except that I know I only write the way I do now, because of the experiences I’ve had over the years. I’ve always seized every opportunity I’ve been presented with, so I have no regrets. As for advice – I’m still learning!

Q. In 2023 you’re slated to release a title, I Promise It Won’t Always Hurt Like This. What’s it about?

Clare: In 2006 my son died and my world fell apart. I spoke to a woman who had lost a child many years previously and she promised me the pain would ease in time, that life would be good again. I found it impossible to believe. Then, on the fourteenth anniversary of my son’s death, I realised my heart didn’t hurt any more; that I really had healed. Part memoir, part self-help, I Promise… is a message to anyone grieving – my promise that it won’t always hurt the way it does now. 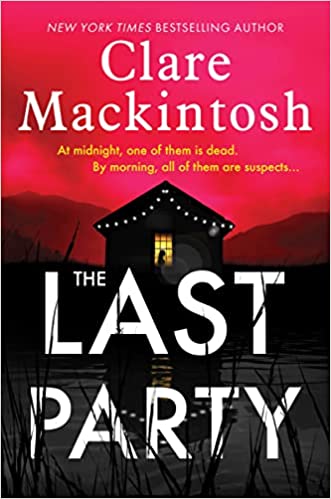 It’s the party to end all parties….but not everyone is here to celebrate.

On New Year’s Eve, Rhys Lloyd has a house full of guests. His vacation homes on Mirror Lake are a success, and he’s generously invited the village to drink champagne with their wealthy new neighbors.

But by midnight, Rhys will be floating dead in the freezing waters of the lake.

On New Year’s Day, Ffion Morgan has a village full of suspects. The tiny community is her home, so the suspects are her neighbors, friends and family―and Ffion has her own secrets to protect.

With a lie uncovered at every turn, soon the question isn’t who wanted Rhys dead…but who finally killed him.

In a village with this many secrets, murder is just the beginning.