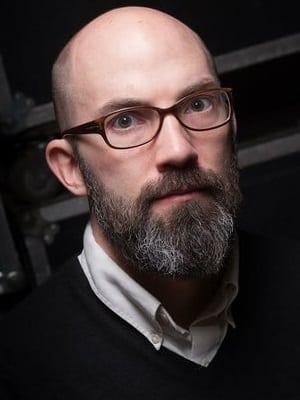 Clay McLeod Chapman is the author of The Remaking, nothing untoward, miss corpus and rest area, as well as The Tribe middlegrade series: Homeroom Headhunters, Camp Cannibal and Academic Assassins.

Q. Your latest, Whisper Down The Lane is partially inspired by the Satanic Panic of the 80s. What are readers in for?

Clay: Suffocation, perhaps? I was aiming for a literary garrote… A slow burn of a book that turns out to be a trap. You’ve got parallel narratives set thirty years apart. You’ll meet recently married Richard in 2013 and five-year-old Sean in 1983. At first blush, these two narratives don’t have a lot in common, but then the reader might notice certain overlaps between their stories… and then more. And more. These storylines keep twisting and twisting until, whoops, too late to escape, sorry. The reader is trapped within these intertwining narratives that have suffused themselves into one rather asphyxiating tale about moral mania and the capital ‘E’ kind of Evil some believe exists all around us. You know… The fun, spooky stuff. That’s my hope, at least.

Q. True crime-based horror is a niche you’ve come to own. What are some of the satisfactions and challenges in writing in this subgenre?

Clay: First off, thank you for even suggesting I could own this niche… I’ll gladly take that check and cash it before you change your mind. Truth is, I find the novels that stand at the crossroads of true crime and horror pretty fascinating.

True crime to me is the horror of fact. There’s no denying these stories because we are told This Really Happened. It is granted nonfiction status and therefore we no longer have the protective barrier of fantasy to shield us from the horror. Kind of like riding a roller coaster without the safety bar, you know? Fiction is a mechanism that protects us from the grim realities of the world. We say to ourselves, “That book was terrifying, but thank god it could never happen.” That’s not the case with true crime. We’re compelled to read it because it did happen… and that is truly, truly horrifying.

If fiction can adopt the gritty textures of true crime, positing itself as an alternate case study of fact, then readers approach the material differently. Perhaps more cautiously. It feels riskier, somehow. Less safe than normal horror. It’s the thin line between horror and true crime, I find, that gives this subgenre its sense of danger. If a reader finishes one of my books and asks, “Could something like this actually happen?”, then I’ve done a solid job of blurring that line. Reasonable doubt. That’s what true crime-based horror is for me. The possibility of reality imposing itself on your horror.

Q. One of your stories, Late Bloomer, was adapted into a short film which made a splash at the Sundance film festival. What’s the story there? How did the adaptation conversation start?

Clay: Oh, man… You’re never going to talk to me ever again. Late Bloomer was a riff off Lovecraft. I just asked myself the question: What is the most inappropriate place to set an H.P. Lovecraft story? Turns out the answer is a 7th grade sex ed class. I would give these rather spirited readings of the story and, lo and behold, that’s how I met my long-term creative partner Craig William Macneill. He thought the story would make for a great short film, almost like an anti-Wonder Years episode, where I would deliver a feverish voiceover on top of his stark visuals. Once we reached Sundance, the general reaction was twofold: We got a lot of head-scratching from folks who weren’t very familiar with Lovecraft, who thought it was cute, but the H.P. devotees treated our cheeky exploration of stunted adolescence and the inability to fathom the male and female reproductive system with a strange sense of revery that still blows my mind…

Q. You also write comics, with particular fame around your Marvel Scream: Curse of Carnage series. What caused you to jump over to comics? Do you think you’re best known for comics or for prose?

Clay: If I’m being totally honest, I don’t know if I’m really known for anything… I’d just be happy for someone to remember something I wrote after I’m gone. I won’t be picky whichever medium it is. I’d be pretty happy to be a one-hit writer. Just one book. I’d be happy as a clam to live the rest of my days as “that guy who wrote that one thing,” but I still have to write that one thing.

Writing for Marvel allows me to pretend that I’m closer to achieving that, but if I’m completely honest, it’s the characters that keep readers coming back to my comics, not me as the writer. I get to play in the sandbox with someone else’s toys for a spell, writing for characters like Scream and Spider-Man and everyone in between. That’s a huge dream come true, but I can’t let my ego get the better of me. I just want to do these characters justice and tell scary stories.

True story: Eons ago, I was teaching a writing workshop for high school students down in Virginia… As fate would have it, one of those students grew up to become an editor at Marvel Comics! She asked me years later to pitch her some ideas and now she became my boss! Always goes to show you never know where the next writing opportunity will come from…

The path I’ve carved for myself at Marvel is to be the guy who gets to write scary stories with their stable of characters. Any time they need a spooky event, I get the call. How amazing is that?! To this day, one of my all-time favorite writing experiences was when I got the opportunity to retell the Spider-Man origin story as an EC Comics Tales from the Crypt issue.

Clay: Too much stuff! I’ve been extremely fortunate during these quarantined times to hunker down and write a few new cool projects… I have to keep a bit mum on them, but I’ll be coming for your ears with a new podcast, there are a few film/television projects in the works, and… well, fingers crossed, another unnerving novel coming your way in 2022. Say a prayer for me. 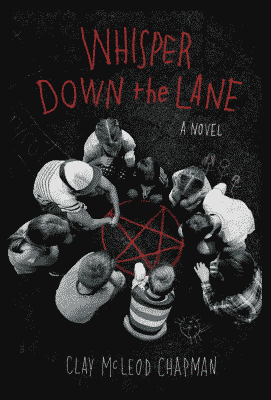 Whisper Down The Lane

Richard doesn’t have a past. For him, there is only the present: a new marriage to Tamara, a first chance at fatherhood to her son Elijah, and a quiet but pleasant life as an art teacher at Elijah’s elementary school in Danvers, Virginia. Then the body of a rabbit, ritualistically murdered, appears on the school grounds with a birthday card for Richard tucked beneath it. Richard doesn’t have a birthday—but Sean does . . .

Sean is a five-year-old boy who has just moved to Greenfield, Virginia, with his mother. Like most mothers of the 1980s, she’s worried about bills, childcare, putting food on the table . . . and an encroaching threat to American life that can take the face of anyone: a politician, a friendly neighbor, or even a teacher. When Sean’s school sends a letter to the parents revealing that Sean’s favorite teacher is under investigation, a white lie from Sean lights a fire that engulfs the entire nation—and Sean and his mother are left holding the match.

Now, thirty years later, someone is here to remind Richard that they remember what Sean did. And though Sean doesn’t exist anymore, someone needs to pay the price for his lies.