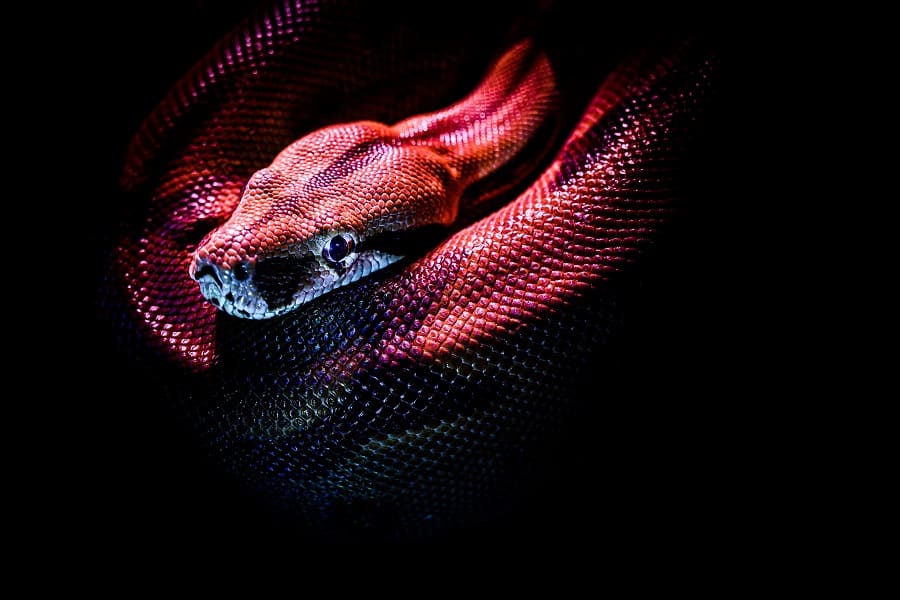 It all started in the beginning, at the dawn of mankind. Adam woke up one morning missing a rib but gained a good-looking dame in the exchange, so it was a good swap.

Then came the ‘apple incident’, a seemingly innocent crime, followed by Adam and Eve’s attempt to hide from their lying, cheating ways, then when the truth came out, expulsion from paradise, from Eden. In some ways the ‘coverup’ (pun intended) was more serious than the crime itself.

The truth will always come out. You can’t escape it.

Everywhere you look you see crimes big and small, but mostly small and innocuous, watered down and petty. People talking on the phone while driving, cursing silently at their neighbor because they have a better house, married men and women looking with innocent desire at attractive strangers, fudging just a little bit on the taxes, eating the last piece of cake, kicking a dog because you had a bad day and just felt like it.

For all our haughty forbearance we’re just a step above the hooved and mangy animals that roam the earth, one notch above filthy savages dancing around a fire in a cave.

And yet, at the same time the bad seed has embedded itself into humanity, the god-like, heavenly detective that yearns for the truth has also embedded itself. The counterforce.

Every human has a bit of a detective in them, and somehow, someway it brings out a definitive glee for us to use the counterforce. It starts early in life and doesn’t end till the grim reaper comes to take you away. And maybe even then it doesn’t end. Because no one knows about that ultimate unknown.

We love mysteries, but unfortunately there’s not enough in our immediate vicinity, within our sight and sense to fill our voracious appetite, and most of those we do see and hear with our own eyes and ears are too innocuous, too easy to solve, so we turn to the news and books. We want the big stuff whether we realize it or not.

Real life serious crime mysteries on the TV and internet, and books. Novels that are written so well, no matter how fantastic that you swear that they’re true, and you’re drawn in as though you’re part of the story. The best crime/mystery novels turn the reader into a sleuth, from a passive observant to an active participant, eager to solve the offense, yearning to bring the criminal to justice. Shackle the crook, drag them into a squad car, and fly them into a prison cell or up to the gallows.

Turning the pages quickly to find the next clue, aggravated that you can’t figure it out, angry at the antagonist, wanting to step into the pages and tear their heart out before they can cause any more damage, any more pain, tear them to pieces and beat them with the bloody stumps. Then, slowly you realize that you are not an active participant, you’re an unwilling observer being dragged into the unknown, the unwanted, and as the heat ratchets up you realize that you’re powerless to do anything, you’re being taken on a ride that’s taken a turn for the worse.

You can’t put the book away even if you wanted to, the story is in control, and you’re dragged down into a vortex that’s gone horribly out of control and there’s nothing you can do except ride it out to the end and hope you survive.

Maybe it started with the Hardy Boys, or Finding Elmo. Then it cranked up a notch to Archie and Jughead and the mystery of the missing pizza.

You dabbled in the classics.

Raymond Chandler, The Big Sleep, and the sarcastic yet cruel Philip Marlow: “I was neat, clean, shaved and sober, and I didn’t care who knew it.”

You tagged along with a stuffy yet point blank Hercule Poirot in Agatha Christie’s, Murder on the Orient Express: “What’s wrong with my proposition?” Poirot rose. “If you will forgive me for being personal-I do not like your face, Mr. Ratchett.”

Wandered into John D. MacDonald’s world and tried to survive Max Cady in The Executioners: “I suppose we all run in a pack, in a sense. And there are always little clues to the rogue beast. I don’t think Cady is sane.”

Rode with Chili Palmer in Elmore Leonard’s Get Shorty: “He put on his black leather gloves going up the stairs to the third floor, knocked on the door three times, waited, pulling the righthand glove on tight, and when Ray Bones opened the door Chili nailed him. One punch, not seeing any need to throw the left. He got his coat from a chair in the sitting room, looked at Ray Bones bent over holding his nose and mouth, blood all over his hands, his shirt, and walked out. Didn’t say one word to him.”

Stepped into outer space with Alfred Bester’s Gully Foyle in The Stars my Destination: “Gully Foyle is my name. And Terra is my nation. Deep space is my dwelling place. And death’s my destination.”

Gazed into the future with Philip K. Dick’s Do Android’s Dream of Electric Sheep?, bounty hunter Rick Deckard, his dream of owning a real live animal while hunting down and killing human androids, and living with his gloomy wife Iran: “My schedule today lists a six-hour self-accusatory depression.”

Or The Divine Intervention, Herb Asher surviving cryonic suspension to join Elisha (aka Elias) and Emmanuel (aka Manny) on earth and the zone of evil that lay over everything: “A fussy little man met them, a Mr. Plaudet; he was enthusiastic and wanted to shake hands with Manny. It was evident to Elias Tate that this was the government. First they shake hands with you, he thought, and then they murder you.”

There’s nothing greater than a mystery novel. In fact, every novel ever written has some element of mystery to it. Otherwise it’s referred to as a text book. Non-fiction. If there’s no mystery in a novel, even a kids book, then it’s boring, it doesn’t push that little button in a human’s brain, that inner detective that everyone has, and desperately wants to use.

The funny thing about fiction, novels, is that in essence there is no true fiction in between the covers whatsoever. All thought by the writer doing the writing is derived from some type of information gathered, whether seen or heard, read or felt, tasted, smelt, throughout their lives.

Everything has a source, it might be distilled, exaggerated, embellished, expanded, distorted, colored, mutated, re-arranged. All ideas no matter how eccentric and bizarre, were planted in the writer’s mind through every day living, experiencing the wild swirling world around us.

The characters, settings, and plots may change, but every story in essence is the same and comes from that fateful day in Eden when paradise was lost.

Like the big bang theory, all human events, all struggles, successes, loves lost and gained came from a single innocent accidental impulse.

So perhaps it was no accident after all.

Maybe Eden is just an analogy. If we hadn’t been banished, would we all just be laying around naked eating fruit next to a waterfall with nothing to talk about?

Maybe it all happened on purpose to get us out of our comfort zone, and put us on a fantastic journey, a great test, with all the mess in between to live and learn from.

When Alexander the Great was on his death bed he instructed his assistants to pull his pockets out and turn his empty palms face up when they took him to his tomb. He wanted everyone to know that he was leaving with nothing.

We like mystery crime novels because most of us lead fairly boring safe lives and we like it that way. Everyday mysteries in our world are usually wondering what’s for dinner, or what shirt should I wear.

We like living vicariously through cops and detectives as they sort through the grit and the grime on the treacherous streets battling the underworld. We even like seeing the world through the criminals’ mind, terrifying as it usually is.

And although most of us don’t actually want to be cops or detectives or criminals, we all still want the right thing to happen. We want the crime to be solved. We like mystery crime novels because we don’t want to see the bad guy or girl get away with it.

Because in our heart of hearts, in that secret place that no one wants to talk about, we all know that at the end, none of us will be getting away with anything. Unless there really is something on the other side. And that’s the greatest mystery of all. In the meantime, where’s the next great novel?

Bill Thesken lives on a five million year old volcanic island in the middle of the Pacific ocean with his wife and children, and their jungle cat Cleo. Whenever he’s not grinding away on the next book, he can be spotted riding waves over shallow coral reefs, or hitting a golf ball towards a green on a local course. He was born on June 1, the beginning of hurricane season, which some people says explains a lot.

Bill Thesken (Author of Edge of the Pit) | Goodreads 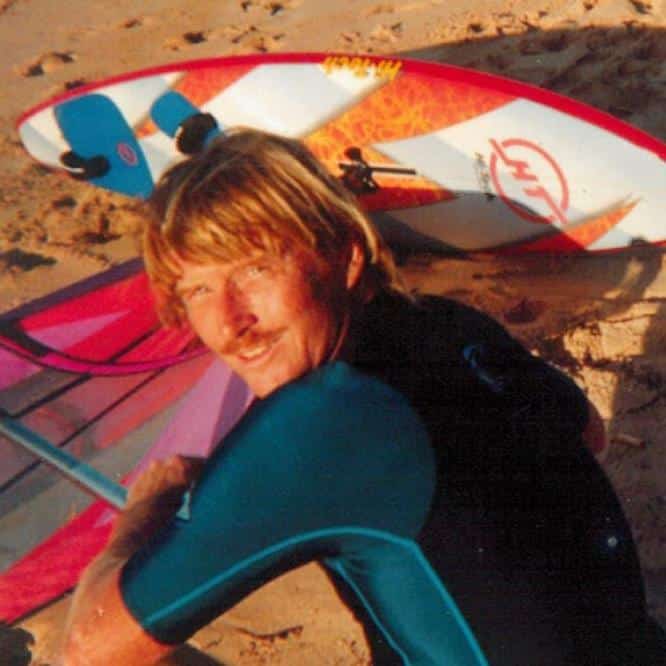