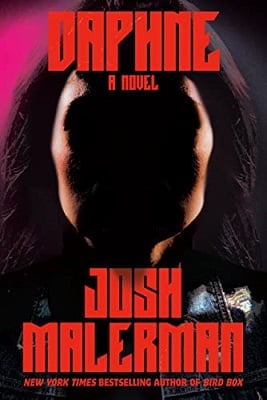 “I had neither proof nor explanation, only that mad inner surety that I suspect is characteristic of all those who hear voices in an empty room, whether those voices be spectral or merely delusional.”
― Sarah Monette, The Bone Key: The Necromantic Mysteries of Kyle Murchison Booth

Daphne is seven feet tall. She likes to wear denim with patches of her favorite bands all over her clothing. She has no friends or family and she likes to give creepy looks to anyone who comes near her. Daphne wears Kiss makeup, all eyes and long tongues. She has also been dead since the 90s, a former resident of Samhattan, found inside her car in her garage. She is a teenage girl who died while listening to music in her running car. Daphne had returned home, fell asleep, and then the garage door shut, killing her with carbon monoxide poisoning. Was it a suicide, or was it murder?. All you have to do is think about her, and she comes back from the dead, still wearing Kiss makeup, to kill you with her bare hands. She is a legend in the small town in Michigan; a legend no one dares to talk about. Don’t think about her. Don’t even say her name. She will come for you.

Our protagonist, Kit Lamb, has anxiety. So severe she once called 911 on herself. Malerman has wrapped so much into this little book; anxiety, mental health, friendship, acceptance and the all important relationship these teens have with their parents. Kit, who fights hard every day against her anxiety, her best friend Dana who is so supportive of her and Natasha, the teller of the Daphne story, who is dealing with severe depression. And Tammy, the star basketball player of the team they are on at Samhattan high school. The reader sees everything through Kit, though it bounces around to her friend’s perspectives as well. She is the one who works so hard to tackle her mental health through her JollyJournal. It is a book that we read through a book that helps with the book we are reading.

Is this book scary? No. It is terrifying. One of the scariest books I have ever read, and that is saying a lot. Josh Malerman says this ‘is a love letter of sorts to the game of basketball and the horror genre, both.’ Daphne will scare the living daylights out of you. This is not a horror book but an unputdownable, psychological thriller that will make you hide under the covers while reading it.

Remember: Don’t think about her or say her name! She will come for you!

Daphne is available at:
Amazon