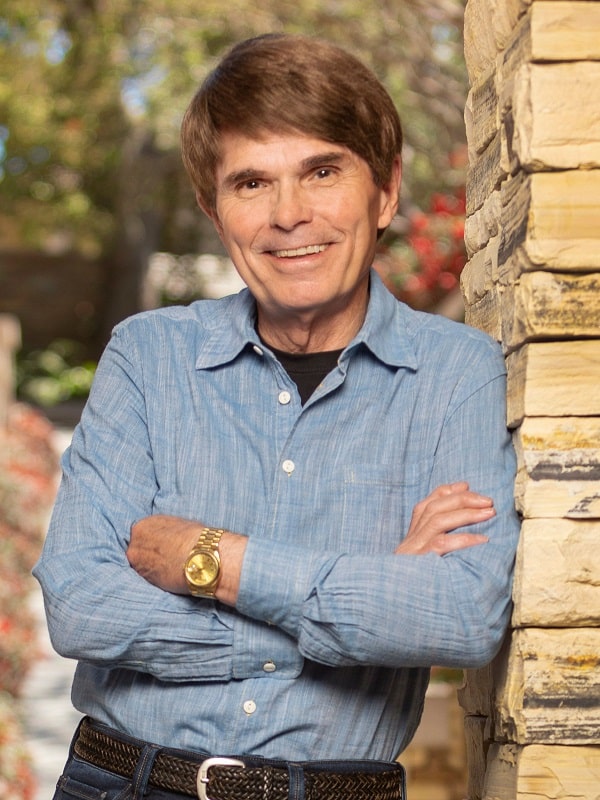 Fourteen of Dean Koontz’s novels have risen to number one on the New York Times hardcover bestseller list (One Door Away From Heaven, From the Corner of His Eye, Midnight, Cold Fire, The Bad Place, Hideaway, Dragon Tears, Intensity, Sole Survivor, The Husband, Odd Hours, Relentless, What the Night Knows, and 77 Shadow Street), making him one of only a dozen writers ever to have achieved that milestone. Sixteen of his books have risen to the number one position in paperback.

He lives in Southern California with his wife, Gerda, their golden retriever, Elsa, and the enduring spirit of their goldens, Trixie and Anna.

Q. The premise of your upcoming page-turner, Quicksilver (January 2022, Thomas & Mercer) is hallmarked by a “strange magnetism” that directs the actions of Quinn Quicksilver. What inspired the story?

I am in the habit of writing change-ups to keep myself excited, which has tended to drive some of my publishers to drink—though not my current one, as far as I know. If I’ve driven the folks at Thomas & Mercer to drink, they have successfully hidden it from me.

The five Jane Hawk novels had a thread of humor, as did Devoted and Elsewhere, but The Other Emily was too dark for humor. After all that, I was ready to write something that was suspenseful but also flat-out comic, especially during the first two acts. When there’s suspense, that always tends to take center stage in the third act and push the comedy to the wings. I heard Quinn Quicksilver’s voice in my head and knew he was just the guy to make me laugh out loud even in the tensest moments of the story.

Q. You once said, “Suspense is the constant of good fiction, whether genre or literary.” And, unsurprisingly, Rolling Stone has called you “America’s most popular suspense novelist.” Why is suspense so important to story?

Dean: Suspense is central to our lives. We don’t know what’s going to happen to us next week, tomorrow, or an hour from now. We live on the brink, though we’re very good at pushing that to the back of our minds. If suspense is the through line of our lives, it is therefore essential to good fiction. What do I want readers to feel? Everything. I don’t always succeed, but in the better books, I’d like to stir all the reader’s emotions.

Q. You’ve also said, “Character is everything in fiction.” How did Quinn’s character resonate with you while you were writing Quicksilver?

Dean: What I found most interesting was Quinn’s youthful innocence and semi-naive optimism, which somehow he’d managed to hold fast to after a great trauma and deep depression when he was eleven. In moments of peril and when existential dread afflicts him, he counsels himself through it with humor. I wondered how he got from that period when he was eleven to where he is at nineteen. I suppose I wondered because, through the dark circumstances of my own childhood, I always resisted despair with humor, and I still find humor in the darkest moments of life. Quinn isn’t me. He’s better looking, quicker on his feet. But we coped with the vicissitudes of life the same way, so there was a bit of self-exploration in writing about him.

Q. Famously, your wife supported your dream of writing in the early days, both emotionally and financially. You were able to break through in fewer than five years. Do you think the business of writing has changed?

Dean: I would have been nowhere without Gerda. We’ve been two horses pulling the plow. I’m the one who looks like a plow horse, and she’s the beautiful mare who should always have been winning ribbons in dressage competitions, but she never complains, just keeps on pulling.

Has the business changed? Greatly. And for the worse. It was a great mistake letting the mass-market paperback mostly die because some thought its price point was too low. Mass market was where new writers learned; because paperbacks were so widely distributed, there were all these places you went in a day where you saw all those little posters—the book covers—enticing you. They inspired impulse purchases. They made books visible to an extent no other format ever did or can. There was a time when we’d sell 2 million or even more paperbacks of a title in the first year, and it was from those sales that a readership in hardcover was built. All gone. The eBook helps, but it’s not out there in the grocery store, the drug store, Target, Walmart, enticing you as paperbacks once did.

It’s much harder for young writers to break in. It was never easy, but it was never as merciless as it is these days. So much of what publishers promote is driven by various media- and celebrity-sponsored book clubs. Most of what they choose is, I’m sorry to say, rather bland. It’s difficult to imagine one of them choosing something like a James M. Cain novel or Larry Block in his darkest mode or anything by the late, great Donald Westlake. A kind of numbing sameness prevails, and that can’t be good for the long-term health of fiction.

Q. Many of your bestselling titles are often categorized as horror (Odd Thomas, Watchers, Intensity, and more)—though they just as easily fit the mystery and thriller categories. How do you see genre? Does it master to the writer or reader?

Dean: I’ve never liked labels. They limit the audience. Every genre is capable of producing works of the highest level, and I consider literary fiction another genre. Odd Thomas is a version of Holden Caulfield, but he’s neither neurotic and self-absorbed, like Holden, and he happens to see spirits of the dead. He’s also a lot funnier than Holden. But each in his own way is finding a route through a world of indifference and deceit. Intensity isn’t about horror; it’s about the indefatigable nature of the human spirit and about “reckless caring” for others, even strangers, that the best among us exhibit. Sonny Mehta publicly called it “avant garde,” which I could not for the longest time understand, until he eventually said he meant that its style and themes are not common to stories involving a serial killer. I suppose so. Anyway, I don’t think readers care so much about genre as they do about being moved and entertained.

Dean: I’ve finished a book about a woman who has forgotten a “secret friend” from childhood and finds herself drawn back to a ranch in Montana, where she was raised, for a rendezvous with the forgotten—and very strange—other, who turns out not to be imaginary. It’s a complex story, but what it’s really about is how the promises of ideology and technology can, when entwined, lead us not to utopia but potentially to oblivion.

I’m three-quarters done with a book about a woman who lives alone on an island, where the peace she seeks turns out to be illusory and the threats extraordinary. What it’s really about is corruption—in government, the sciences, the law—and the ultimate corruption of the elitists who dismiss and despise anyone not of their class.

After that, I’m plunging back into the territory of The Husband and Velocity. Or at least I think I am. Who knows what tomorrow will bring? 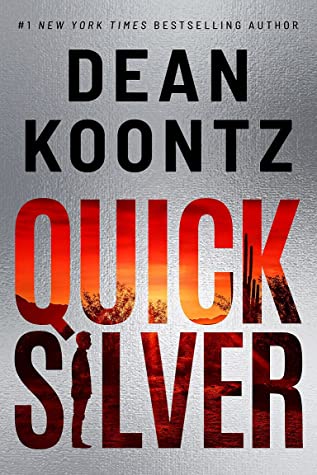 Quinn Quicksilver was born a mystery—abandoned at three days old on a desert highway in Arizona. Raised in an orphanage, never knowing his parents, Quinn had a happy if unexceptional life. Until the day of “strange magnetism.” It compelled him to drive out to the middle of nowhere. It helped him find a coin worth a lot of money. And it practically saved his life when two government agents showed up in the diner in pursuit of him. Now Quinn is on the run from those agents and who knows what else, fleeing for his life.

During a shoot-out at a forlorn dude ranch, he finally meets his destined companions: Bridget Rainking, a beauty as gifted in foresight as she is with firearms, and her grandpa Sparky, a romance novelist with an unusual past. Bridget knows what it’s like to be Quinn. She’s hunted, too. The only way to stay alive is to keep moving.

Barreling through the Sonoran Desert, the formidable trio is impelled by that same inexplicable magnetism toward the inevitable. With every deeply disturbing mile, something sinister is in the rearview—an enemy that is more than a match for Quinn. Even as he discovers within himself resources that are every bit as scary. 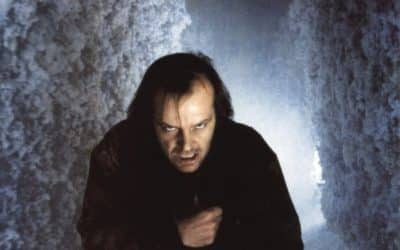 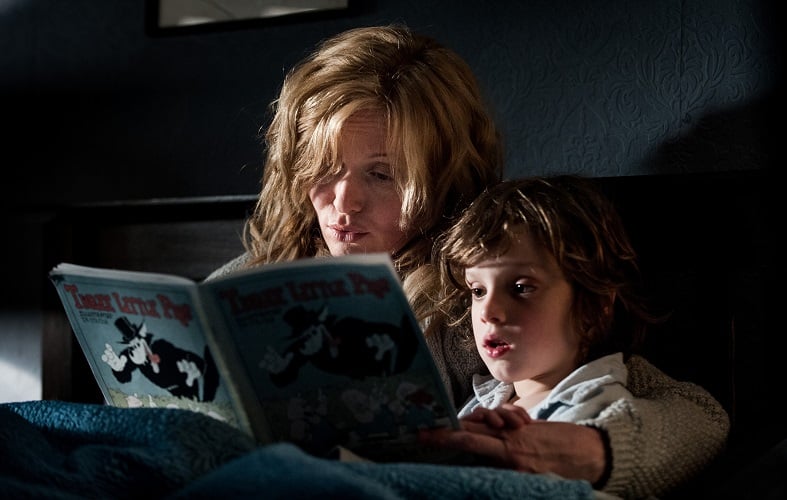