Did the 1920s Give Birth to Modern Detective Fiction?
Terry Roberts

The question before us is whether or not the 1920s gave birth to the modern thriller, more specifically the modern detective novel. It is widely assumed that the twenties were, in some sense, the golden age of crime fiction, and if you throw in the thirties and so include the entire period between the world wars, then the term “golden age” is certainly appropriate. But I’m asking a slightly different question: were the twenties in Europe and America the incubator of what would become the classical crime novels that have been written over the hundred years since? Did it all begin … then?

My answer is Yes.

Were the greatest thrillers written the twenties? I’d have to say no, with the obvious exception of The Maltese Falcon, which just barely makes the calendrical cut because it was first serialized, beginning late in 1929. But examine the somewhat whimsical Top Ten list below, and what jumps off the page is how many classic detectives first saw the light of day in the twenties and how many startlingly influential series had their start then. It’s enough to make you wonder what the conversation would have been like if Charlie Chan, Hercule Poirot, Sam Spade, Lord Peter Whimsey, and Philo Vance all met one night in Rick’s bar in Casablanca. After a blessing pronounced by Father Brown, they all settled down for a drink—a high, hard, stiff one—and convened a symposium on catching killers.

So if it’s true that it all began in the decade after WWI, why then?

My first thought is that the twenties were a period of upheaval and unrest, both in Europe and America. Yes, World War I was over, and the Brits and the Americans could claim to have won it—at great cost. But did the end of the war signal a return to pre-war stability and certainty? Almost certainly not. In England, the ancient class structure began to crumble, and the sceptered isle no longer felt as isolated or as safe as it once had. The British empire had begun to fray around the edges and a bone deep, cultural sense of self-doubt was spreading.

In America, what we loosely term the “Roaring Twenties” was fueled by the predominance of the Ku Klux Klan—creeping across the entire county—mob violence in the cities, liquor poisoned by the government, and a sense of poverty and impending doom papered over with a sort of cultural hysteria. And, as in Britain, social norms were under attack. It was the jazz age, and the best of all jazz was being played by Black musicians, often in clubs where African Americans were not welcome as customers. In America, as well as Europe, the flapper was the predominant feminine image for young, ambitious women who wanted more out of life than the traditional role of subservient wife and mother.

Perhaps the image that best sums up the 1920s is a painting by the Scottish artist, John Bulloch Souter, titled “The Breakdown,” which was so controversial when it was first revealed to the public in 1926 that it was withdrawn from the Royal Academy Summer Exhibition after one week. The painting depicts a Black jazz musician playing a saxophone while seated on the ruin of a classic statue that has been toppled. A naked white woman dances while he plays, entranced by the dangerous music. After its withdrawal, the painting was destroyed by Souter, but he preserved his sketches and made a reconstructed version in 1962, one decade before his death.

The twenties, in both Britain and America, were the age of jazz, and jazz—along with all it implied—was dangerous.

If, as has often been noted, a compulsively readable thriller begins with a question and ends with an unexpected answer, then what more natural environment to nurture it than one in which everything is being questioned and none of the traditional answers apply?

Who, then, are the suspects for the most influential crime novels and crime writers from the twenties? First, it is important to note that this movement was international. Although the writers of my top ten list are all British or American—and mostly British—the same cultural upheaval was going on across the globe, and an expanded list would certainly reflect that. Why are there more Brits than Yanks on the list despite the disparity in population? Almost certainly because World War I was much closer and more devastating for England than it was for America. It lasted longer, and the butcher bill was much greater. It’s no accident that Souter’s painting was created in Britain and exhibited in London, not Chicago or New York.

Of the writers on the list below, Christie and Sayers reign supreme in that they created a prototypical detective and would follow his career through numerous books. Chesterton’s Father Brown was also profoundly influential, but he only appeared in stories and so hasn’t lasted in the same way despite Chesterton’s significance as a cultural icon. What is interesting about the fourth Brit on the list, C. S. Forester, is that he wrote two important crime novels before he found his true métier—the sea stories of Horatio Hornblower—which he began in the mid-thirties.

Of the Americans on the list, it is worth noting that Earl Derr Biggers patterned his Charlie Chan on a real-life model and created him in part to counteract the virulent anti-Asian prejudice that was prevalent at the time. S. S. Van Dine is the pseudonym of art critic and self-proclaimed sophisticate, Willard Huntington Wright, who first chose to write detective fiction using an alias because he didn’t want it known in society that he had stooped so low as to write about crime and criminals. Appropriately, Van Dine’s fictional detective, Philo Vance, was also a highly cultured and self-conscious sophisticate—quite probably a reflection of Wright’s own self-image.

Ironically, Wright’s alter ego, Philo Vance, made him rich, and once he began to enjoy the fruits of his “life of crime,” he came out as Vance’s creator. He even went so far as to write an article titled “Twenty Rules for Writing Detective Stories,” (The American Magazine 1928), which is still a standard reference point for young writers studying the art and craft of the thriller. If you’ve never read it, now’s the time. Enjoy it along with one of Van Dine’s “Murder Cases” from the twenties.

Which brings us at last to Dashiell Hammett, the godfather of the hardboiled detective story, who set in motion the tradition that has given us Raymond Chandler, James M. Cain, James Thompson, Ross McDonald and many others. For some, these works are at the heart and soul of crime writing for the past 100 years, and yes, Hammett’s seminal work was written out of his own harsh and alienated life during two world wars and the years in between. If you’ve never read Lillian Hellman’s “Introduction” to the Vintage Crime series of Hammett’s works, it is the definitive, close-range biography of the man, written by his equally fierce lover and friend.

And so I leave it to you: did the 1920s give birth to the modern thriller, in all its many guises? I would sit up late into the night arguing the point … and in the morning, my answer would still be yes. My advocates? The law firm of Chan, Brown, Poirot, Spade, Wimsey, and Vance.

TOP TEN THRILLERS FROM THE 1920s

The Murder of Roger Ackroyd (1926) Agatha Christie (Plus three more Hercule Poirot mysteries and a collection of stories, all published before 1930)

What a lineup of golden age detectives:

That Bright Land was widely praised as a Southern gothic thriller, while Roberts upcoming book (July 2021), My Mistress’ Eyes Are Raven Black, is a literary thriller set on Ellis Island in 1920. 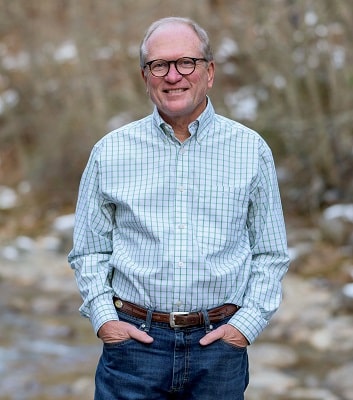 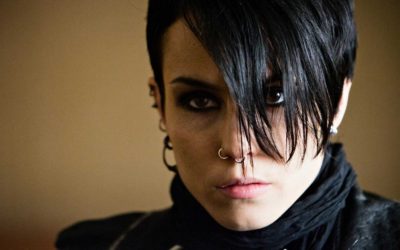