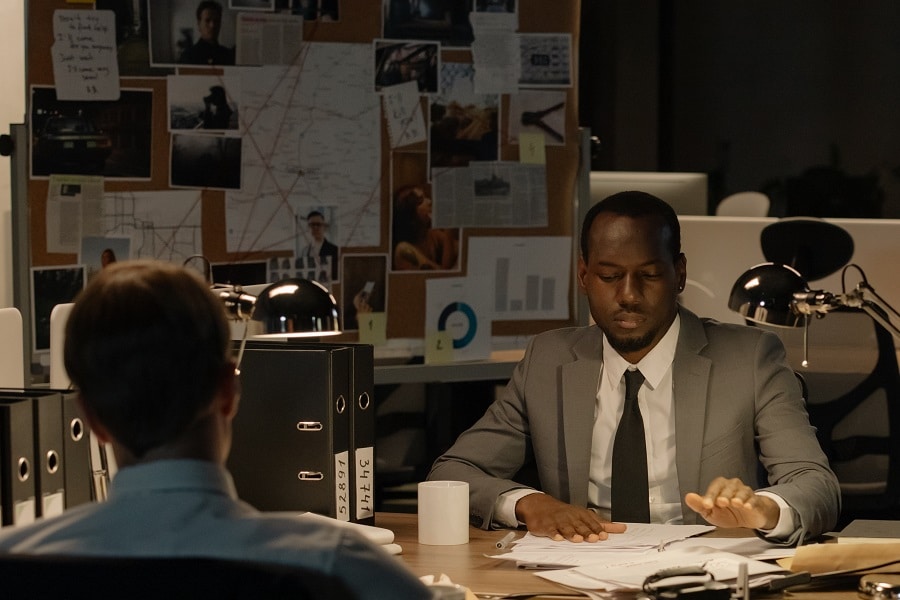 “I’ve always been drawn to the extremes of human behavior, and crime fiction is a great way to explore the lives and stories of fascinating people.”

It’s no secret that fictional crime has been a popular literary choice for many years. Since the early eighteen-hundreds, authors and readers alike have been drawn to this type of genre. Books, in general, are used as a means of escape from everyday life. Crime fiction in particular, has been known to provide a distraction, letting readers immerse themselves in the cases. Readers like to feel they are part of the process, being an eye witness to the crimes themselves. Without the fascinating and lovable characters that make each narrative come to life, these stories would seem like just another news article. A good crime story doesn’t go anywhere without a good detective working the case. Readers need someone they can root for; someone they can relate with or even envy.

Over the years, the stories themselves have evolved. Technology and Forensics Science alone has changed the face of fictional crime, but what about the detectives themselves? Have they changed along with the evolution of crime? To answer that, we need to go back to the beginning.

Although he is not the first fictional detective, he is arguably the most famous; Sherlock Holmes. First appearing in 1887, he became so popular, many people believed he was a real person. The details of his personal life were not often mentioned. Known for his distrust of women, it’s not surprising he didn’t have many companions. While Holmes could be unemotional and cold in his private life, during an investigation he was always energetic and passionate. His practice had many different types of clients, but he did not seek fame from his cases. Actually, he would often let the police take credit for his discoveries. He did have a theatrical flair though. He often kept methods hidden until the last possible moment. Concluding the case with an abundance of evidence that left everyone impressed.

Next up, we are going to meet Miss Marple. The character created by Agatha Christie first appeared in 1927. Jane Marple in the first Miss Marple book, is significantly different from how she appears in later books. The early version of Miss Marple describes her as a gossip, and not necessarily a nice woman. The citizens become annoyed by her intrusiveness and cynicism. Later in the series, she does become a kinder person.

Miss Marple was portrayed as a very intelligent woman. She had the ability to pick out the most casual of comments, linking what was said to help solve the case. The crimes she would solve always reminded her of a previous incident or occurrence. This, along with the evidence found, often lead her to a deeper realization about the true nature of a crime.

Like Sherlock Holmes, we don’t know a lot about Miss Marple’s personal life. She never married and no close living relatives were mentioned. Another resemblance to Holmes was her cleverness, and the ability to find the smallest detail that would essentially bring the case to a close.

Fun Fact: Miss Marple was, partially, based on Agatha Christie’s own grandmother, along with her grandmother’s friends.

Philip Marlowe is next on our list. Created by Raymond Chandler, Marlowe first appeared in 1939.

He was depicted as someone who was tough and not afraid to risk physical harm. Although, he was not the type of man to become violent with others only to settle scores or get information. Keeping in theme with our previous two detectives, Marlowe was a very smart and philosophical man. He enjoyed chess and poetry.

Also, like our previous two detectives, we don’t find out much about Marlowe’s family life. He did not have any serious relationships and was represented as the typical bachelor. He did drink heavily and frequently. He was also known to smoke cigarettes and occasionally from a pipe, another characteristic he shared with Sherlock Holmes.

Fun Fact: Raymond Chandler is never consistent with Marlowe’s age. In “The Big Sleep,” Marlowe is said to be 33 years old. In “The Long Goodbye,” which is set 14 years later, Marlowe is 42 years old.

Adding another woman to our list, Victoria Iphigenia “Vic” Warshawski. Created by Sara Paretsky, Vic first appeared in 1982. She is described as an athletic brunette who does not fear physical confrontations. She is very hot-tempered and sarcastic, which immediately attracts readers to her. Being a very sophisticated woman, she loves opera and classical music. Like Marlowe, Vic likes to drink whiskey. Unlike Marlowe, she is careful not to drink it on the job.

Vic is mostly drawn into murder cases that affect her friends, estranged family, or those she feels are being taken advantage of by the wealthy. She works high profile cases, often with the identified murderer being above the law.

After her failed marriage, she had several lovers throughout the series. Although Vic does seem to take on the bachelorette role, she does passionately care for these men and is extremely hurt when the relationships end, unlike her male counterparts. She is fiercely independent and would not consider living with any of the men she loved.

Based on the few literary detectives we mentioned in this article, their evolution does not change as much as one might think. Whether they are a man or a woman, a great detective needs certain characteristics to keep them relevant to the readers. Is that because, as a reader, we have certain expectations from a crime story? Could it be that we want to insert ourselves into the life of someone who is opposite of us? Is it the unknown of that type of lifestyle that keeps us interested?

No matter what the answer is, it is clear that many things may change throughout the years, but the basis of a true fictional detective remains the same.

I have always loved to write, but it wasn’t until recently that I actually started to do something about it. I took a few online courses to improve my writing skills. I really enjoyed it and ended up writing my first book.

My reading genre is very diverse; from fantasy, to crime, to horror, to romance. I love to read books by Christopher Rice and Darynda Jones.

I do like to travel as well. I hope to get to Greece one day. That would be amazing and is definitely on the top of my bucket list. 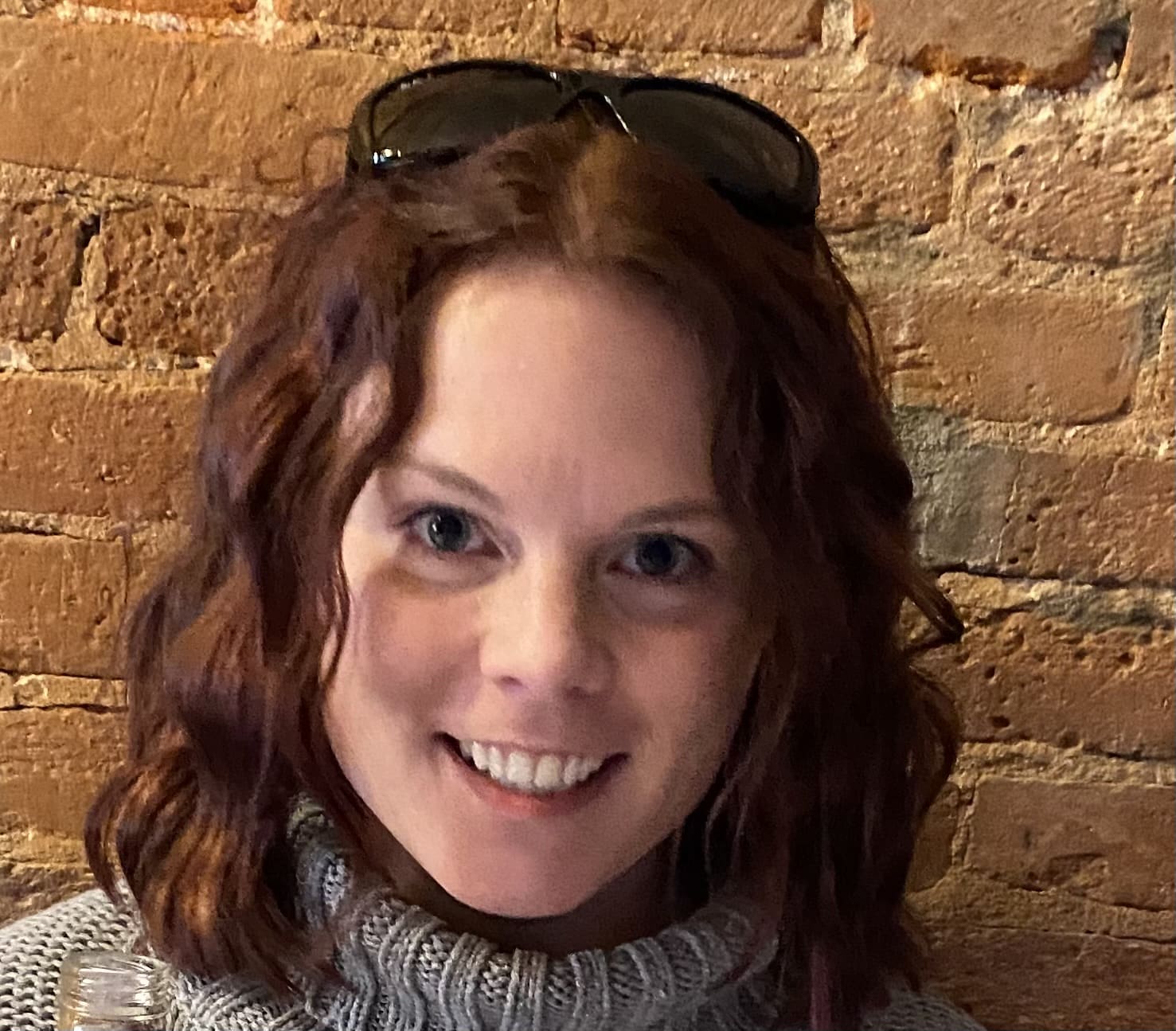