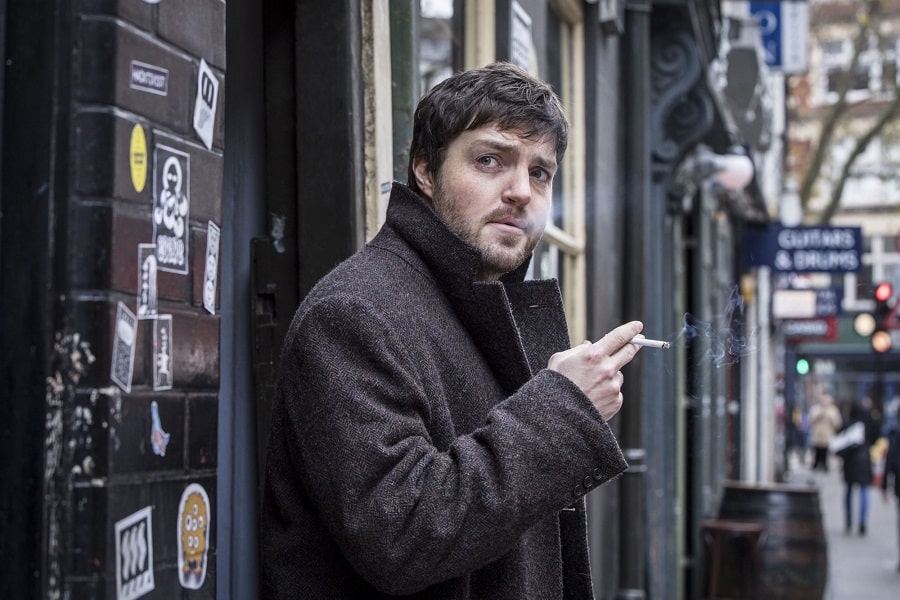 The differences in detectives in fiction—both private and those working for police departments—have been apparent from the beginning.

Police detectives have all the advantages. They are officially responsible for solving the case which gives them access to the scene of the crime, the evidence collected, interrogation rights, and intelligence on the suspects. They have powers to arrest or detain as needed.

Private detectives, on the other hand, are challenged to investigate without official authority. This is what makes the fictional private detectives so interesting. In the past, the only tools at their disposal were honed powers of observation, deception, disguise, and sometimes a connection to the police. Now, thanks to modern technology, in fiction as well as in real life, the playing field is evened out.

Private detectives in mystery fiction are de rigueur and have held center stage in the tales from day one. The list is long, and the personalities varied; from the brilliant and arrogant Sherlock Holmes to the meek and elderly Miss Marple. Between these extremes are teen sleuth Nancy Drew, upper class Lord Peter Whimsy, psychologist ex-World War I nurse Maisie Dobbs, fussy Belgian Hercule Poirot, feisty attorneys Mary DiNunzio and her boss Bennie Rosato, as well as the hairy one-legged-ex-serviceman-turned-detective Cormoran Strike. There are hundreds more such fictional crime solvers, and they all share the same challenges, and each has his or her unique methods for overcoming these obstacles to solve the case. This is what draws people to mystery fiction.

Cases come to the police. They don’t look for them. They are paid to solve crimes and hand the culprit over to the judiciary. Private detectives never have this advantage, so getting involved in solving a case is not quite as straightforward.

Some, such as Sherlock Holmes, have an earned reputation. People in the Victorian Era did not have access to modern communication tools such as social media, email, or television. Newspaper and magazine advertisements or small cards posted in shop windows, were the primary means of advertising in Victorian London. Sherlock benefited from his own success. News reports of his astounding powers of observation and accomplishments did his advertising for him. He was in constant demand and even the police often paid him for his services. Hercule Poirot shared some of Sherlock’s characteristics. Both had an arrogance which comes from being in high demand and neither seemingly needed to rely on payment to support themselves.

Most fictional private detectives are not as fortunate. In fact, many familiar literary solvers of mysteries are accidental detectives. They didn’t set out to be investigators but happened to be in the right place at the right time.  Miss Marple, a small, elderly woman, learned that people around her tended to view her as invisible and this allowed her to observe things, unnoticed. Her keen observation skills, like Sherlock’s, allowed her to notice when seemingly normal acts were anything but. She also had an innate distrust of coincidence, saying “Any coincidence is always worth noticing. You can throw it away later if it is only a coincidence.” Detectives like Miss Marple and the teen detective, Nancy Drew, stumble on their cases and solve them. They do not rely on payment to survive.

Attorneys and accidental detectives Mary DiNunzio and her boss Bennie Rosato solve cases that come to them through their legal clients, or because friends and family are aware of their past successes and ask for favors. As lawyers, they go above and beyond, and often end up endangering themselves to get the bad guy locked up.

For detectives trying to make a living as private investigators, acquiring cases is no easy task. Renting office space, advertising, and hiring help all cost money which, until they land a case, is often in short supply. Cormoran Strike, the fictional detective created by J. K. Rowling, was in this situation at the beginning of his career. At first, most of his work consisted of catching cheating spouses or exposing embezzlers. These types of cases, requiring hours of tailing and observation, pay little and many of these clients are often unhappy since their worst fears have been verified. Yet these cases are necessary since they help get the word out. Solving just one important case which generates newspaper headlines and other publicity can kick start a career, as Cormoran Strike soon learns.

Police have many resources at their disposal and sometimes many detectives on the Force will work a single case. Usually, private detectives work alone and with little staff. Sherlock relies on his assistant, Dr. Watson, and even, occasionally, his landlady to handle mundane tasks while he is busy “thinking” through his cases. Dr. Watson also serves as historian, meticulously documenting Sherlock’s every action in a case book. He leaves out nothing so that Sherlock’s prowess as well as his faults (opium smoking, arrogance) are also documented.

Cormoran Strike needed help staffing his office as time-consuming legwork on his surveillance cases took up much of his time. Robin Ellacott was initially hired for her office skills, but over time proved to be quite a good detective in her own right. When Strike became better known because newspaper articles and television reports featured his first major cases, it became more difficult for him to remain incognito, especially since his prosthetic leg made him instantly recognizable. Robin, eager to perfect and expand her skills, began to take on more of the detective work for Cormoran.

Miss Marple mostly works alone but occasionally enlists the help of her nephew, Raymond West. She employs household help, but the maids appear to be different in each book. Miss Marple seems content to work alone and, while friendly and social, she tends to blend into the background; so much so that people let their guard down around her– a definite asset in her line of work!

Hercule Poirot also works alone. This appears to be a personal choice, but references in the books imply that he is a lonely man. He once stated that he “wished he had married.” His only companionships appear to be with his manservant and his friend, Mrs. Oliver. They occasionally give him help when needed.

Police have many tools necessary for obtaining information and evidence on suspects: access to forensic teams, coroner reports, labs, search warrants and police data bases. Private detectives have access to none of these. Before modern technology, and in early mystery novels detectives relied on snail mail, landline telephones, telegrams, and photographs that had to be developed. With no access to, or cooperation from the police, they had to discover or root out evidence entirely on their own. Often, they had little or no access to crime scene forensics. They needed to use deception to obtain key information, usually by having casual conversations with people connected to the suspects or sometimes, as with Sherlock, disguises were used. Without a supervisor or “boss” to answer to, laws were occasionally “bent.”

Detectives working in established police departments have always had better access, power and leverage which stems from working in an official capacity. However, private detectives can now work more efficiently and effectively and are able to accept more complex cases because they now have easy access to technological advances.

With the advent of mobile phones, detectives working a case outside of the office can now be reached should a potential client call. They also have the wherewithal to summon help if needed. Cell phones are now equipped with GPS, tracking software, quality cameras with zoom features, texting ability and email access, all of which help with the painstaking job of detection and speed up the process compared to the past.

In many cities around the world, especially in the UK, CCTV is installed practically everywhere. Some cameras are operated by local authorities, but many are installed privately by the owners of shops and restaurants who, at times, will make their footage available to a private detective as well as to the police. CCTV has become an important tool for verifying alibis and identifying culprits.

Public records are now often available in cyberspace. A clever detective can determine where a person lives, the make and model of the car they drive, what internet sites they visit and what restaurants they frequent, with nothing more than a browser and good searching skills.

Using social media, private detectives now have the wherewithal to access the accounts of people they are tracing if they are not locked down (and so many are not), to identify and contact friends and family and learn about the person’s interests and hangouts.

Tracking devices are easily obtained and can be used to tail suspects electronically instead of having to lurk in dark corners. More than one suspect can be tailed at the same time by a single person with these devices.

These technologies coupled with “teleworking” enables detectives to eliminate the need for physical office space which saves money. They can meet with clients virtually and if face-to-face meetings are needed, coffee shops, parks and malls are all possible alternatives. Files can be stored electronically, reducing costs of paper, storage, and delivery.

Technology means less reliance on police cooperation or assistance which means that the future will likely see the police partnering more with private detectives so they can concentrate on forensics and other more critical parts of the investigation.

Obtaining cases is still a challenge but with social media and targeted advertising it is no longer just finding a clever name that starts with an “A” to get in first in the Yellow pages or building a reputation through news stories.

For today’s fictional private detectives such as Cormoran Strike, Mary DiNunzio and Bennie Rosato, technology has leveled the playing field a great deal. With almost as much access to information as the police detectives, private detectives in the modern detective novel are more empowered and effective than ever.

Michele Copp is a senior systems analyst and mystery author who lives in a northern Virginia suburb of Washington DC.  Her novels, all set in the United Kingdom, reflect her knowledge and love of Britain.  Her first two novels were Beatles-themed adventure mysteries, but in her third book, she introduces her readers to new private detective Katie Holmes and the start of a new series with more serious mysteries to be solved. 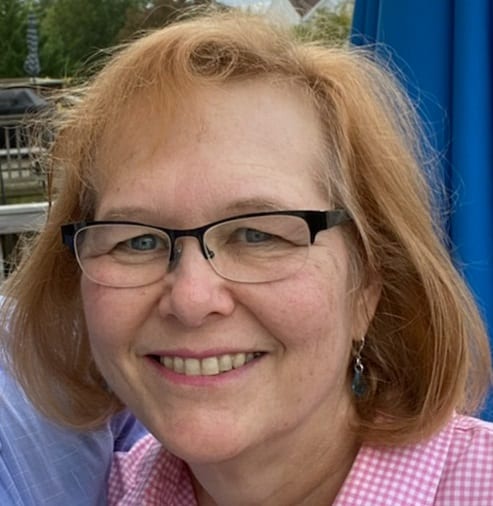