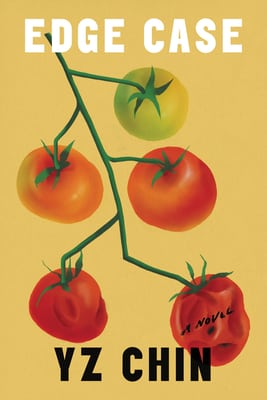 For her first novel, YZ Chin has written a unique book about immigrants in America, one woman’s search for her husband, as well as trying to find herself. The book is written from the perspective of Edwina, the wife of Marlin, both of whom are immigrants from Malaysia, here on work permits and trying to navigate the complexities of life in the US.

The uniqueness of the book starts from the beginning as this story is told as if we are Edwina’s therapist and she reveals much about the couples’ lives, work, and the issues they encounter. We also find out that even though they are from Malaysia they have certain differences. Edwina is light skinned, a vegetarian, heavy, has a rather difficult relationship with her mother and lacks much self-esteem. Marlin is dark-skinned, lean, a vegan, a computer coder and worships his recently deceased father. They work at different tech companies and both need to be sponsored to get their green card.

Despite coming from the same country, the differences are obvious and drive much of this novel. Edwina feels that all is going well with her marriage until one day she comes home and Marlin has left. Their suitcase is gone, as well as the couples’ cat/dog (a toy they made for themselves, not a real animal, but nonetheless something that had become a family pet). What had happened? Was he kidnapped, had he wandered off, and where had he gone?

And so it is Edwina’s attempt to find Marlin, and all the while using us as her therapist to review her life, their life together and her experiences in New York. She tells us that something has changed in Marlin since they returned to the US after his father’s death, and tries to explore the full nature of these changes, whether she has done something to cause the changes and at the same time try to overcome the negative relationship she has with her mother. To put it mildly, Edwina has had to overcome a lot with her mother, who believes and tells Edwina stories as to why she is heavy, a vegetarian, has a mole on her face and much more. Even Marlin starts accusing her of having lovers, as it appears that he, too, has lost touch with reality prior to his disappearance.

While searching for Marlin, Edwina begins to eat meat, change her own lifestyle, and begins to come to grips with her own life, as well as why Marlin has left. She finds him, but that is only part of the story. Edge Case is not a typical lost person novel, but rather is a story that makes us all reflect upon the deeper things that drive our lives, our loves, and our own self-worth.

Thanks to NetGalley and Ecco for providing me with a free advance copy of this book in return for an honest review.