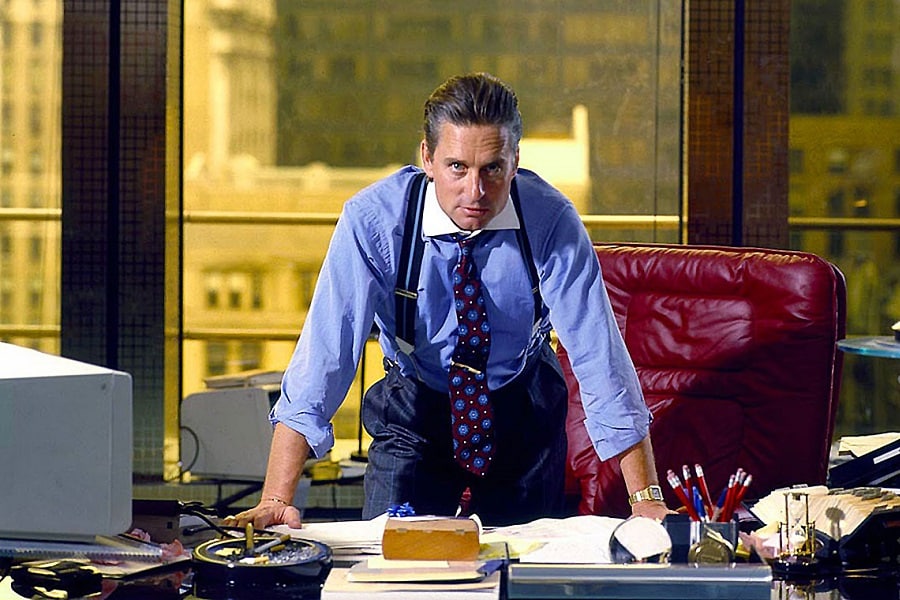 For my money, the greatest book on the financial world written so far is Barbarians at the Gate, by Bryan Burrough and John Helyar—published in 1989.

Connie Bruck’s The Predator’s Ball (published 1988) was also pretty good, but as usual with books and movies in this genre it was long on champagne and caviar (a terrible combination, by the way), cocaine and hookers (the worst imaginable combination!), and short on explaining Michael Milken’s truly important and revolutionary accomplishments in the financial markets and the American economy of the 1980s.

Both Michael Lewis’s The Big Short, published in 2010, and the movie made from it are excellent.  Not surprisingly, Lewis is an insider, or a former insider, who made his debut in the early 1980s with Liar’s Poker, his authentic and outstanding memoir of being a junior-burger trainee at Salomon Brothers when they were the biggest, baddest bond-trading house in the world, rivaled only by Lew Glucksman’s Lehman Brothers (where my first NYC roomie worked in its glory days).

Notice these are all non-fiction books.  So where are the truly great fictional financial thrillers?

The puzzle is especially frustrating when we reflect on how many great legal thrillers, medical thrillers, drug lord and espionage thrillers have been written.  Detective novels long ago reached the highest level, or almost the highest level, of literature in the hands of Edgar Allan Poe (who invented the genre), Dashiell Hammett, Raymond Chandler and many other great writers.  My personal favorite detective is Conan Doyle’s Sherlock Holmes, who lives on in the cable series starring Benedict Cumberbatch, who is a brilliantly persuasive Holmes.  Great writers such as Edgar Allan Poe and Graham Greene wrote mystery / suspense stories and novels, and William Faulkner’s “Sanctuary” arguably falls into this genre, too.

Could it be that the lack of great financial thrillers is because banking and finance are so boring?  Really?  Every aspect of our lives is influenced in multiple ways by the financial markets—surely there are some thrills to be depicted in such pervasive, unchecked power.

Or could it be because banking and finance are so detailed and technical—just too hard for readers to slog through and understand?  Really?  The law isn’t detailed?  Medicine isn’t detailed?  Just have a look at the Pharmacology or Electrophysiology text books med school students have to master in order to earn their right to see us as patients.  It’s true that finance, trading and investment banking are detailed disciplines, but so are other subjects which have produced the great thrillers we all enjoy.

One clue to why there are so few great financial thrillers is the story line of the not-great but highly influential financial thrillers, for example Oliver Stone’s 1987 movie Wall Street starring Michael Douglas as the infamous Gordon Gekko, and Martin Scorsese’s 2013 film The Wolf of Wall Street.  These movies purport to reveal the dirty, thrilling secrets of investment banking, but actually they depict retail brokers, who happen to be the class of financial players most familiar to readers and film goers.  Retail brokers don’t do the deals that create financial products and services, they’re at the end of value chain:  they just “stuff the stuffees”.

The truth is financial markets are a vast, mysterious, secret factory like a trillion-dollar version of Willy Wonka’s Chocolate Factory.  Focusing on retail brokers is like focusing on the candy store owners who sell you a bar of chocolate.   But chocolate is wholesome and tastes good—and the same cannot be said for all the products and services produced in the financial markets.  Bismarck famously remarked, “One should not inquire too closely into the making of laws and sausages”—and his truism is truest of all about financial markets.

The second, related, motto is, “Information is worth what it costs.”  Small investors who read the Wall Street Journal or the Business Section of the New York Times for a few dollars a week are getting information that is worth exactly what it costs.  Investment bankers and their clients spend millions of dollars gathering the information necessary to make a decision about their deals.

Besides, you should know journalists are just mouthpieces for investment bankers.  We manipulate them the way we manipulate rating agencies, politicians and everybody else.   When you control capital, you’re like a magnet that draws the rest of the world and arranges them around you like iron filings in exactly the pattern you desire.

First class financial thrillers, like Barbarians at the Gate and The Big Short do take you inside the trillion-dollar factory, but it doesn’t happen very often.

The answer is the difference between money and capital.  Most people live their entire lives dealing only, or mostly, with money, and when they have something to do with capital they often don’t even recognize it.

Everyone has contact with money and some knowledge of its qualities.  By contrast, capital and its ways are a closely guarded secret.    The entrance to the trillion dollar factory is locked tight and guarded, like a bank vault or the imperial fortress of a great emperor, and only a tiny elite are ever admitted.  And they don’t talk.

Great financial thrillers are about capital.

What is capital?  The first thing to understand is that the nature of money changes qualitatively as its scale increases quantitatively.  After it accumulates above the amounts required to sustain daily life, money evolves and acquires special powers.

Capital, even in small amounts, begins to stratify into layers, and each layer has subtly different characteristics, the way the atmosphere cools and thins as its altitude increases.

Capital in the enormous amounts that energize the global economy is like the earth’s atmosphere at the highest altitudes—thin, light, arid—offering little nourishment.  The upper strata of capital swirls restlessly, in continual stiff breezes that desiccate and freeze—and this strata of capital is disembodied, sterile, almost valueless in itself.

Just as climate change science has taught us that human activity can influence the earth’s atmosphere and put at risk the future of all life on earth, the mechanisms for generating and allocating capital can also release malignant forces with the potential to extinguish human society. And unlike greenhouse gases, which have taken centuries to accumulate, capital moves as fast as thought.  Colliding with vast amounts of aethereal capital is like meeting one’s destiny, either personally, as a nation, or as our human race.

Readers instinctively know when the story they’re reading is set in the realm of money:  lots of cash being carried around in brief cases and trucks, a million dollars or two or three or five is the realm of drug dealers and corrupt politicians and CIA bribes, it doesn’t ring true as the prize in a financial thriller.

The problem for a writer is that the kinds of numbers that really portray the realm of capital:  funds transfers of ten million dollars, or fifty million, or a billion dollars, and far-away off-shore banking centers immune from the IRS (which don’t actually exist anymore, by the way), all sound abstract and pointless.

Stalin said “The death of one man is a tragedy, the death of a million men is a statistic.”  Thrillers are full of tragedies, even if they sometimes end happily—especially if the author has created a great character he wants to keep alive so we can keep reading about him, like Jack Reacher.  But how does an author create emotional tension when his characters are apex predators who inhabit the ecology of capital—where the numbers are so big they all blur into cascading screenfuls of statistics and leave readers confused and emotionally numb?

The answer is portraying and dramatizing the powerful connections between the world of capital and the ordinary world of money in which the rest of the human race lives, and to show how the vicious competition inside the secret realm of capital affects the lives of the entire human race.

Capital is social energy.  Most people have little opportunity to contribute to it, and therefore they live in a daily state of lack and anxiety, hoping to earn a little more money than their expenses.  A properly functioning financial system circulates capital back into society and the economy where most people live, just as warm air rises to high altitudes, cools and settles, then returns to lower altitudes as breezes and rain to cool and water the earth, producing abundance in which everybody and everything thrives—in this case sufficient money for everyone to prosper, not just survive.

Today the global financial system isn’t functioning properly.  It’s possible that today’s economic climate change is toxifying the global economy faster than greenhouse gases are suffocating the environment:  since the 2008 Global Financial Crisis, apartments in New York and London are being bought and sold by those with access to the upper strata of capital for one hundred million dollars, while hundreds of millions of average people in developed countries are unable to raise five hundred dollars cash in an emergency.   In the last few months, the disruptions in the upper strata of capital are beginning to flow down into the earthly realm of money where most people live:  the price of lumber has increased 280%, the price of steel is up 75%, and gasoline is up 22.5%.

Barbarians at the Gate showed how a few handfuls of players generated a huge merger that resulted in the loss of jobs for tens of thousands of workers and reduced the incomes of thousands of farmers.  The Big Short showed how a largely anonymous cadre of greedy, reckless traders and investment bankers wrecked the lives of millions of people who were lured into shaky investments in mortgage-backed securities, or were tempted to buy houses they couldn’t actually afford—and later suffered foreclosure.  That’s what authentic financial thrillers do.

The true heroes of our global economy are the few who resist the selfish opportunities so abundant in the realm of capital, who refuse to cut corners, who strive to be ethical, who decline to proceed with the myriads of irrational deals that harm society and the economy but earn large profits and bonuses.  They’re a dwindling number—and depicting their choices and dilemmas and temptations would produce the heart of a great financial thriller.

The truth is there’s a great opportunity out there:  today’s financial markets are the stuff of which, not dreams, but nightmares—and great financial thrillers—are made.

Chris Coffman worked for decades in Europe, the UK, the United States, Latin America, Asia and Australia as an expatriate American investment banker and investor before founding a highly-awarded wine company in Australia.

He is the author of the financial thriller Crisis Deluxe https://www.amazon.com/Crisis-Deluxe-Chris-Coffman-ebook/dp/B091BKKDJ1/ and he and Eric Knight produce the podcast The Recovering Investment Banker at simplecast.com 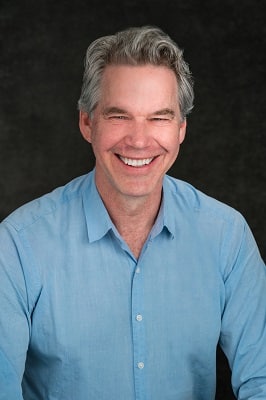