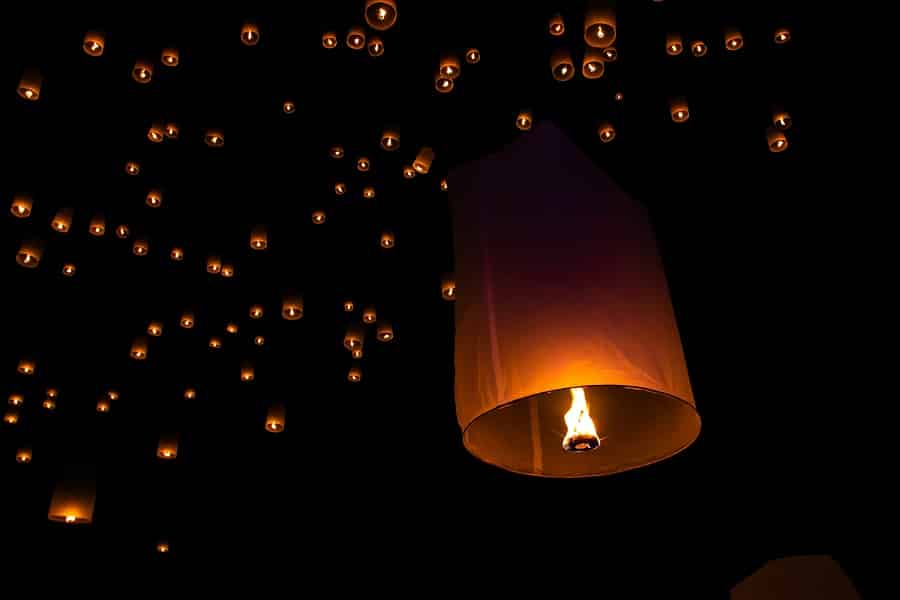 Maybe it was one of my wife and I’s first romantic trips down to Phuket when this all started; where we’d sleep on Patong Beach before starting our day drinking, and ending our nights in dancing and love making.

The very beach where over ten thousand people died or went missing from the tsunami in 2004, and where many claimed to hear revelers partying there just afterwards, in the dead of night, when there was, in actuality, no one to be found.

There was the time, there, when she said, “He doesn’t like the fact that we eat pork in here.”

“Who?” I rebutted, clearly only the two of us in the tiny room 127 at the Nordic Bungalow.

“The big Muslim guy sitting in that chair,” she said, as she casually rolled over to get much needed sleep after our revelrous nights of unadulterated debauchery.

If ever there was a moment to bolt, call the whole thing off, tuck my tail between my legs and run, that was it. However, being of the curious sort, I was unwilling to simply write her off as bat shit crazy. I needed to know more. That week soon turned into decades, and now with two grown children together, I can begin to see where all this stems from, and how easily it is passed from generation to generation.

Let me preface this whole thing by saying I have never once believed in ghosts. I’m the guy that has taken penlight tours of gutted morgues and walked in cemeteries in the dead of night. I’ve meandered through abandoned, supposedly haunted, places and, although at times was creeped out, it was always by the thought of being attacked by a squatter rather than something paranormal.

But Thailand slowly has a way of convincing you. After all, with a culture that currently has 2,565 years of written history, they must know something by now. Each day as I would pound a Singha beer and slowly adjust my tastebuds to Thai spices on the high end of the Richter scale, I eventually began to see that Thais accept ghosts as an everyday, even integral, part of their lives.

They have a ghost for every transgression. Hit your parents? Come back as Pret two stories tall with a tiny mouth. Or perhaps your family is cursed and you might find a floating head of a beautiful woman-like Krasue with its intestines hanging down. That one likes to eat feces and umbilical cords, by the way. Even termites and old boats have particular spirits, as well as rocks, wood, and the list never ends. Nearly fifty are assigned a name and specific reason for their appearance.

So we’ve established Thais are superstitious. Not a big deal, right? Wrong. The culture is embedded with them in their day-to-day. A mixture of Theraveda Buddhism which blossomed on the back of Hinduism, and good old fashioned rural middle-of-nowhere campfire stories old as Sanskrit itself. Reincarnation is matter-of-factly accepted within the entire culture. Couple that with a very polite society that prides itself on a tradition of being good to others, and you can begin to see how ghosts and goblins can often be used in storytelling as vessels of morality plays, to keep the public in check. Now combine that with the fact that the majority of the country is remote and rural. I mean have you ever sat in the pitch black of tall rice fields in the dark of night with the occasional monitor lizard or water buffalo stirring in the shadows? This is a lifestyle embraced by many, and it’s no wonder how their imaginations can get the best of them.

Tiny spirit shrines are embedded in the countryside as beckoning to ancestors, so as not to haunt the land or cause trouble. Soap operas, books, and even kids comic and cartoons welcome these ghostly apparitions as easily as we might Santa Claus or the Great Pumpkin into ours. They have more superstitions than even I, after living here 20+ years, could ever learn. They have taken the art of feng shui and wrapped it up in the spirit world. I once got in trouble for walking my toddler daughter out at night, as I had apparently risked an evil spirit sucking out her innocent soul. Close the windows at night, even in the sweltering heat… Don’t point your feet at a door or god forbid the Buddha… Keep a mirror facing the doorway to ward off evil spirits… The list goes on and on… and on.

But what about the sightings? How can you explain that there are handful of Thais, way more than would be acceptable in Western culture, that claim to see spirits, interact with them and at times even get possessed by them? Even the Buddhists monks of agrestic temples claim to enter into deep meditative states where they can see and interact with ghosts, both good and evil. Cryptid creatures like the legendary snake-like Naga make appearances much like our Big Foot, and inexplicable fireballs are shot into the sky from the Mekong River every Ok Phansa celebration, allegedly from its own mouth. I can only attribute it to a very subtle, yet persistent case of mass hysteria… or can I?
Recently a Thai horror film, which are becoming more renowned every year, called The Medium broke box office records and swept up a bevy of accolades. In the style of the folk horror classic The Blair Witch Project, The Medium is a mockumentary that starts off similarly with a documentary crew heading to the rural areas of mountainous Thailand to interview reports of a family of sisters who take turns being possessed by the spirit of Bayan. One sister refuses to take on the responsibility and soon her daughter, in turn, seems to get possessed by the Spirit in its most pissed off, not humanitarian, form. Without spoiling the plot of this amazing film, which you will enjoy, let’s just say some sins are uncovered like insurance fraud and incest among others. As one might expect in a good horror film, all hell breaks loose, leaving only the found footage of the documentary filmmakers as a testament. Again, some common themes are established in this masterpiece of folk horror. A rural community wrapped in semi-religious, semi-superstitious beliefs, and the payment of transgressions past and present. Hollywood remade the Thai film “Shutter” to much acclaim which also dealt with, you guessed it, people being haunted by the ghost of a girl they wrongly killed.
But do I believe in ghosts now? Well…. maybe. Although it’s easy to ignore any threats of otherworldly apparitions while in the glitz of Los Angeles’s sunset strip or New York’s never-sleeping skyline, it’s another story in the upcountry bowels of Thailand’s rural Isan region. To make matters worse, I may have captured physical proof. For a while I would vlog my adventures in Thailand to the tune of over 200 videos. This often involved me spewing nonsense to the camera while my wife and kids would be their adorable selves. One time in editing I kept seeing what appeared to be a white blur speed across a certain frame. After slowing it down frame-by-frame there is an unmistakable appearance of what I can best describe as a tiny ghost girl behind me. As many times I have watched it or shared it, no one, myself included, can explain her presence. Except of course my wife. Yes, that one. The one that saw the large Muslim man so long ago. The same one that tells me once a week she again saw something that was clearly a ghost. Her response when I showed her the video? “Oh yeah that little girl follows you around all the time.” She said it as cool-headed as one might claim that the household cats needed to be fed.

Does that mean that I believe in the folk horror that is so prevalent in Thai culture? I’m not quite there yet, but I will admit to walking with a little more trepidation into the fields surrounding my rural home at night, and thinking twice before looking out a window at 2AM. I see it in my kids as well. They too are a product of Thailand’s ghost obsession and their own mother’s insistence on the presence of the supernatural. I suspect they will pass this on to their children as well.

There are many books on the horror folklore that is prevalent in Thailand. Thai Ghost and Their Mysterious Power written by a Thai —and interestingly categorized as Religion & Spirituality— as opposed to fiction, is one. Either way, it’s a fascinating subject well worth delving into.

Jude S. Walko is a film producer (Producers Guild of America), director, screenwriter, and actor (Screen Actors Guild). Among notable works is his 2018 award-winning film The Incantation, which stars former Superman Dean Cain. Walko won the 2018 Eclipse award for Best Direction, among several other awards, for the film.

Jude has been a lifelong fan of classic literature and has a special love of all things Washington Irving. He even owns a grave plot at Sleepy Hollow Cemetery in New York. Jude is passionate about Halloween, Tim Burton, stop motion animation and all things dark and mysterious.

He spends his time between Los Angeles and Thailand, where his family now resides, and has multiple film and writing projects in development. 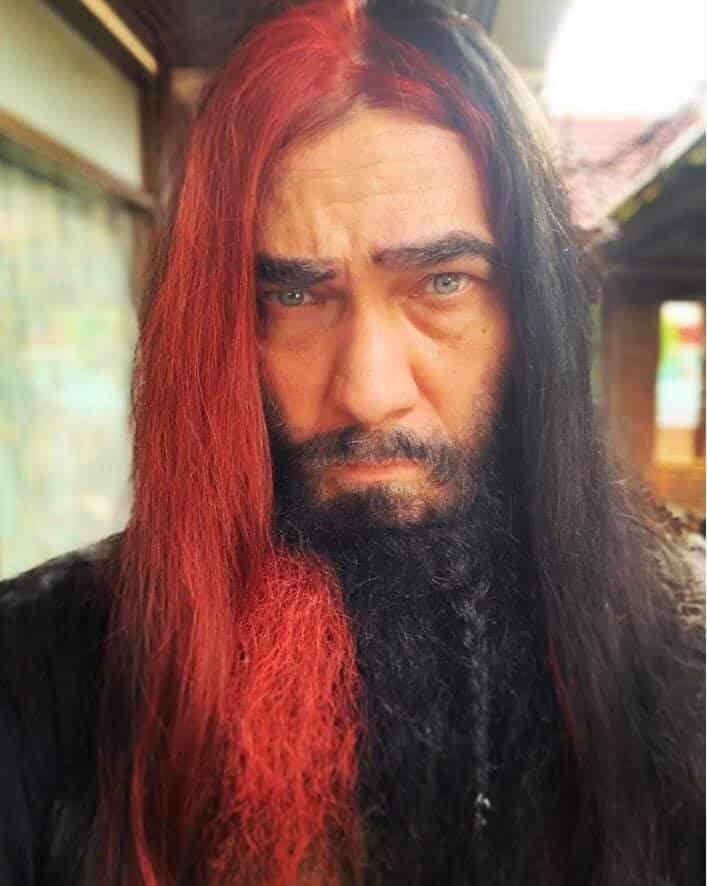