Ganglands (Brauquers) is a six-part Belgium crime thriller series portraying an internecine, back and forth skirmish between a number of competing criminal gangs.

The series is loosely tied to the 2015 movie The Crew (Braqueurs), with both featuring the same lead character. While The Crew is not mandatory viewing, watching the movie does add further backstory to the lead character and his life.

In Ganglands, a botched scam by two inexperienced female thieves leads to a spiraling eruption of bloody violence and carnage enveloping a handful of different criminal groups, each of them trying to emerge to dominance within the criminal underworld.

In the opening of the series, Yanis Zeri (Sami Boualila) is the leader of a tight-knit group of thieves planning and carrying out the heist of smuggled gold bars hidden in large rocks by other criminals.

After the heist, Zeri and his group are deciding upon their future, not knowing they are about to be pulled into a much deeper and complex battle with other criminals due to the failed scam by the smaller group of inexperienced grifters.

Liana (Tracy Gotoas), with her girlfriend Shainez (Sofia Lesaffre), the niece to Zeri, and three others, have placed an escort ad with the intent of robbing men in hotel rooms. They then rob a man in a hotel room, leaving with a duffel bag they later learn contains eight kilos of almost pure cocaine not knowing the cocaine belongs to a violent drug lord.

After the identities of the thieves are discovered, the botched theft touches off the explosive warfare between the gangs, especially when the drug lord learns the master criminal Zeri is the uncle to Shainez.  To prevent harm from being done to his niece and his sister, Zeri and his crew are then forced to carry out the wishes of the drug lord. From there, even more thugs and drug dealers are pulled into the fray, including the motorcycle riding and dressed in all black, Terminator-like assassin/enforcer Danique, wonderfully played by Carole Weyers. What then follows are depictions of acts of violence graphically displayed in ways one would expect.

Ganglands is a fast-moving and engaging crime thriller with little downtime and plenty of criminal mayhem and well-choreographed graphic violence.

All aspects of Ganglands, from filming techniques to the actors and to the twisty plotlines are indicators Ganglands belongs among the upper tier of crime thriller programs.

Ganglands is highly recommended to fans of gritty, dark, and violent crime programs and is with plenty of backstabbing and engagingly violent characters in a program where like in David Simon’s The Wire, no character is safe from the happenings of bad things.

Ganglands is currently streaming on Netflix. 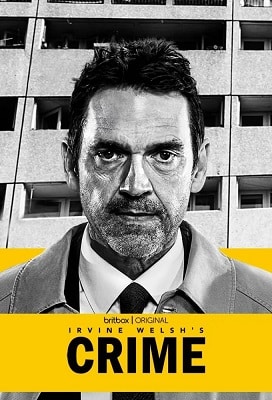