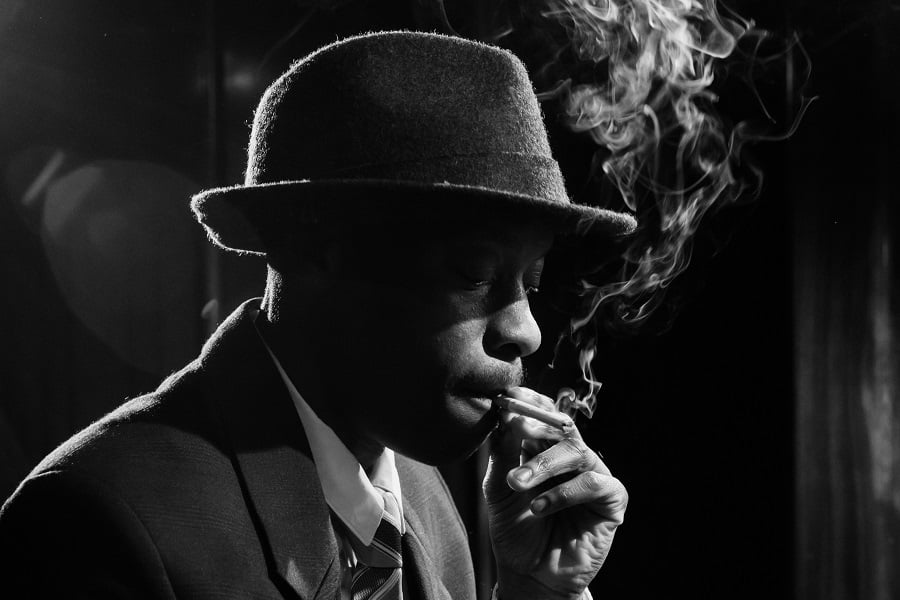 I raised the coat collar, shielding my neck from the unforgiving rain. Two hours in a dark alley wasn’t anyone’s idea of a good time, but a paycheck is a paycheck. She’d asked me to kill a man and she’d made it sound like she was asking for a refill. As if she needed one. Dames like that are all the same. First time that silver spoon hadn’t gotten her what she felt entitled to. I should have turned her down, should have walked away. I wasn’t no gunsel and I sure wasn’t nobody’s sap. Not about to pop some flunky on a bird’s say so, but I took the case all the same. This is what I do. Stake out seedy alleys, spying on liars and cheaters. Not a glamorous job, but a paycheck is a paycheck.

When you pick up a hard-boiled novel, there won’t be any doubt about what you’ve got in in front of you. This is a unique genre unlike any other, and a well written hard-boiled story will set the pace from the first paragraph. There is something alluring in the dark, seedy and deeply cynical style that these books tend to take on, and they differ from traditional detective fiction many ways.

In classic detective fiction, there is usually a highly skilled and moral investigator collecting and analyzing clues until the mystery is unraveled. Sherlock Holmes and Hercule Poirot put their brilliant minds at work, interview suspects, spot the lies, find the clues and confront the guilty. These stories generally take the view that the world is, more or less, a good place and that crime is an aberration to be corrected by our hero.

The hard-boiled view of the world is that corruption and immorality is the norm and that no one is without guilt. While the protagonist is usually a detective or someone forced to take on the role of one, he or she will be quite a different type of person. The hard-boiled protagonist is no super human sleuth, patching together clues, solving case after case. Instead, we’re dealing with a deeply flawed individual, and his or her own morality or lack thereof is as big a part of the story as the mystery itself.

This protagonist is often a cynical individual who has seen it all and stopped believing in good and evil a long time ago. You can always rely on Miss Marple doing the right thing, but you can never be quite sure about Sam Spade.

What I had was a hat, a coat and a gun. I put them on and went out of the room.

What you can expect is a tough, independent and solitary character. Someone who is no stranger to crime, violence and corruption, someone who has navigated the seedy cesspool of society and managed to keep his head above the waterline. He’s often dragged into spiraling situations against his will, situations he can’t control, pitted against corrupt power structures and criminal elements.

There is something dark and seedy about the world where a hard-boiled protagonist lives. Typically in an urban environment, where criminal elements move freely, the police can be bought and everyone looks out for number one.

The genre was practically created single handedly almost a hundred years ago by Dashiell Hammett with the seismic best-seller The Maltese Falcon. Set in a bleak San Francisco, it introduces us to a new type of antihero, the callous private eye Sam Spade, and a young mysterious woman who shows up with a less-than-credible story.

This masterpiece was soon followed up by Raymond Chandler’s series of books about a similar shamus, Philip Marlowe. Together, these two masters of the genre set the rules which are followed to this day, and as an homage to them, hard-boiled novels often use the tropes and even vocabulary from that time. It’s not uncommon for a woman to be referred to as a dame, or a gun called a gat.

A key character you can expect to find in a hard-boiled novel is the Femme Fatale; the mysterious dame in trouble. Typically, she approaches our antihero, coming to his office to ask for help or protection in a matter that the police can’t or won’t take on. Part of the fun in reading these books is to guess who or what this dame really is. True to the genre, we can be quite sure that she’s lying or at least withholding vital information, but we can’t be sure of what or why.

Invariably, the mystery is about far more than she lets on. She might be a helpless victim or she might be the prime mover, the true culprit or something in between. Hard-boiled mysteries blur the lines between good and evil and break the mold of what you would expect from regular mysteries. The victim might become the aggressor and the role of the detective may quickly turn into the role of the hunted, the victim or even the aggressor.

The exploration of guilt is itself a theme in hard-boiled fiction. In a realistic world without idealistic views on good and evil, the definition of guilt becomes more interesting. You can expect a good novel in this genre to challenge your views on who is guilty and why, and it’s quite possible that a career criminal comes off as equally or even less guilty than our protagonist or the victim. Don’t expect a clear distinction between guilt and innocence.

The crescendo can offer quite a treat and may linger in your mind for quite some time. More often than not, you will see a dramatic, perhaps even violent resolution. But as opposed to a good Arthur Conan Doyle story, the world won’t be all rosy again. It’s not about restoring order and setting everything right.

The world might be no better than when the story started. Our protagonist survived, but at a cost, and the truly guilty might have evaded their dues. Some aspects are likely resolved, but it won’t be a neat and clean Poirot wrap-up of loose ends. The world is a bad place and the events you just read about did little to change that. In the end, our protagonist is back to where he started and the experiences hasn’t changed him one bit.

With a good hard-boiled novel, you’re in for quite a ride. It won’t be like anything you’ve ever read, and despite the required structure and setup of the genre, you can expect twists and turns and a surprise ending that will hit you right in the gut.

With no sugar coating, no ideal fantasy view of morals, you can expect corruption and secrets laid bare. More often than not, a specific city, society of subculture is taken on, something which the author has great experience and insight into. For Hammett, it was the seedy San Francisco of the 1920, with all the hard hitting truths about it that he had personally experienced.

Pick up a novel in the genre for a hard-hitting exposé, unapologetic truths about the darker sides of society and strap in for the ride.

Andreas F. Clenow is a well-known Zurich based financier and the author of several international best-selling books on finance and investing. He has spent decades in the cutthroat world of hedge funds and high finance, which serves as a backdrop for his first hard boiled novel, A Most Private Bank. Taking on the morally dubious intersection of banking secrecy, organized crime and politics, it has been called “Wall Street meets China Town.” 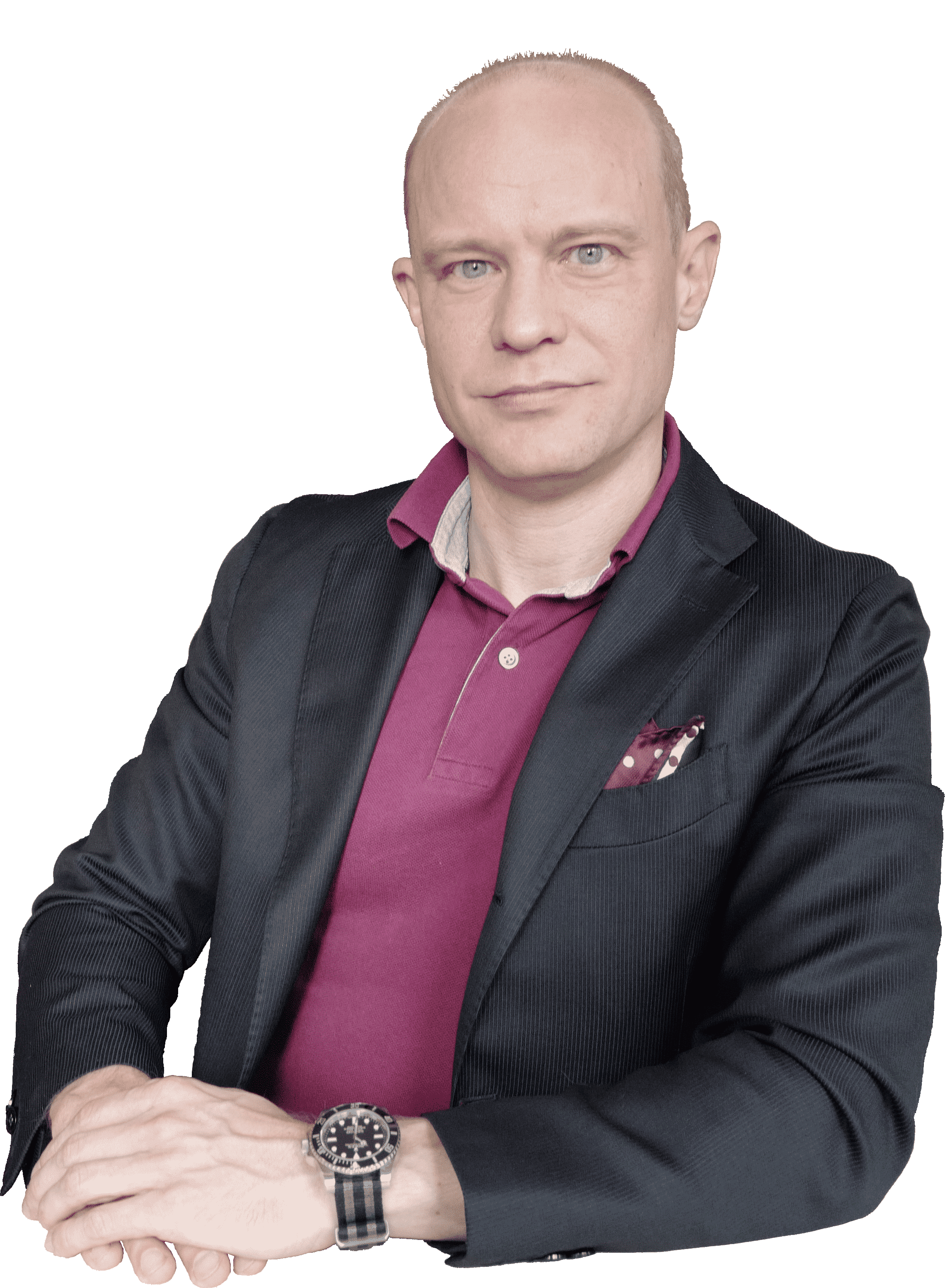 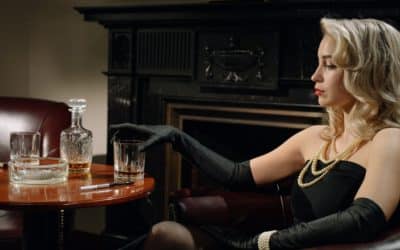 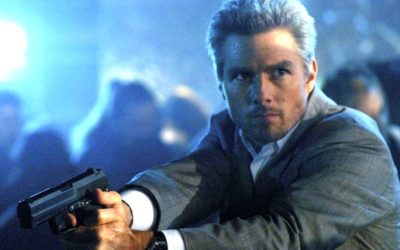