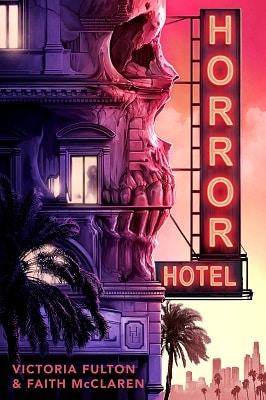 “Hey, you guys, look, I know I’m just the dude that carries the bags. But it seems to me we all play an important part in this group. I mean, we’re just like a big, delicious banana split. Fred, you’re the big banana. Daphne, you’re the pastrami and bubble gum flavored ice cream, and Velma, you’re the sweet and sour mustard sauce that goes on top.”

Horror Hotel, Victoria Fulton’s debut novel, is suspenseful, creative, a little scary, and a joy to read. If you have followed the Elisa Lam disappearance from the Cecil hotel, “THe Vanishing at the Cecil Hotel”, this is a re-telling with many twists and turns by a “Scooby-Doo” like gang, who is both hilarious and really smart. It is the Scooby-Doo we all know and love from childhood with Ghost Hunter similarities and an updated social media take.

Fulton and McClaren’s debut novel centers on “The Ghost Gang”, a group of high schoolers who ghost hunt and put their experiences on YouTube. There is Chrissy, who sees and hears ghosts. Chase, the only male, eager to get 1 million subscribers and that gold button from YouTube, Kiki, an influencer who helps to bring their followers and finally Emma, the skeptic behind the camera. When they decide to visit a hotel based in Los Angeles, and home of the mysterious disappearance of “Eileen Wright”, they get much more than they bargained for.

This is a fantastic Young Adult Horror novel and hard to believe it is their first novel. It is so creative, and I loved it as a group of teens running the show. I suspected who the culprit was but was still surprised at the big reveal. Horror Hotel is fast-paced and even a little scary, as they spend their night running from a serial killer. It touches on some dark themes but is really tame at the same time. The book is told from each of their points of view and will appeal to a younger audience. I especially enjoyed Chrissy’s perspective as the only one who can see and hear ghosts, but also Chase’s perspective as we learn his feelings for Chrissy run deep. The pacing of the book is quick, and it was just so much fun to read. It hooked me from the beginning. It is a book that doesn’t take itself too seriously. There are some scenes that may feel juvenile to the older reader, but if I were reading from a high school perspective, it would be a very scary book.

Horror Hotel is available at:
Amazon 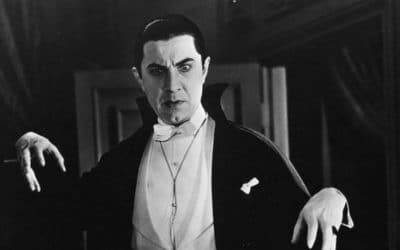 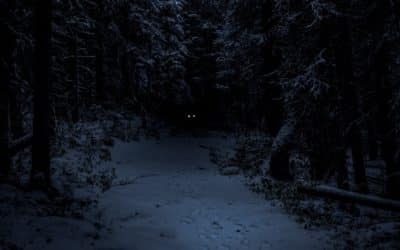 Why We Love The Big Baddies Of Horror