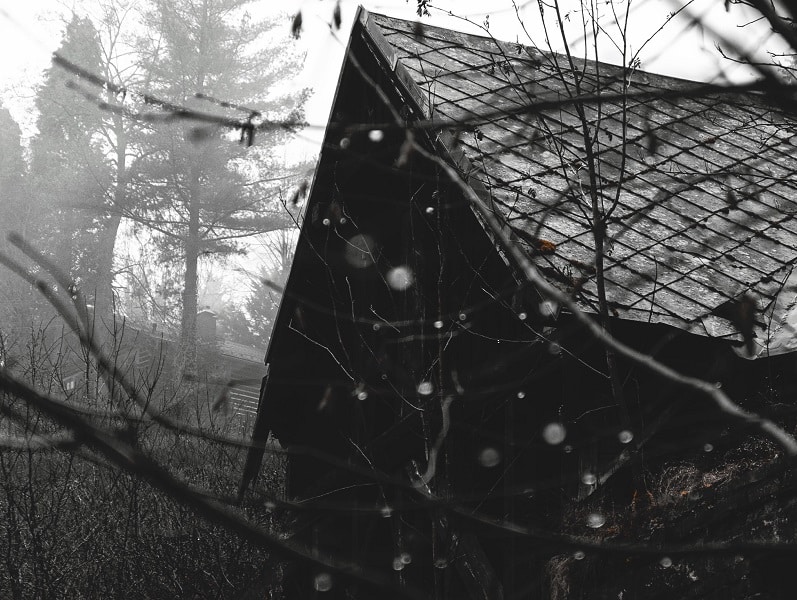 There is no question that houses play major roles—often titular roles—in many horrors. They become part of the story in a variety of ways—just as the other characters do. Wuthering Heights begins, “I have just returned from a visit to my landlord—the solitary neighbor that I shall be troubled with.”

Susan Howatch, the author of Penmarric, introduces the house as soon as she introduces the protagonist. Shirley Jackson, the author of The Haunting of Hill House, wastes no time, “No live organism can continue for long to exist sanely under conditions of absolute reality; even larks and katydids are supposed by some to dream. Hill House, not sane, stood by itself against its hills, holding darkness within; it had stood for eighty years and might stand for eighty more.” Daphne Du Maurier opens Rebecca with, “Last night I dreamt I went to Manderley again.”

There is definitely a time component to houses. They can last a long time if they are maintained. It’s a battle against nature and the Second Law. Nature strips off the paint, rots the wood, and cracks the glass. Roofs start to leak. Mice and squirrels and raccoons move in. They chew up the insulation and the wiring, helping nature to bring the space back to equilibrium. Earth to earth. Ashes to ashes.

If the occupants care, battle nature, and maintain the paint, roof, windows, and conditioning systems, the house can last a long time. There is a wooden house in the Faroe Islands that is presently occupied by the seventeenth generation of a family who have lived in the house for almost five hundred years. A stone house in Somerset England built sometime before 1150 was sold to new buyers in 2010. (Stone doesn’t have to be painted but even the Parthenon is crumbling.) Maybe if Heathcliff had rolled up his sleeves and done a bit of home maintenance on Wuthering Heights, he wouldn’t have had so many problems.

The houses that have been in a family for generations are replete with all the family’s own ghosts and skeletons in the closets. But another theme of nasty house related stories involve houses that are new to the subjects of the novel, families moving into them to escape memories of some tragedy or other. The death of a child seems to be a common one. It becomes abundantly clear in these escape stories that the memories move along with the souvenirs of Niagara Falls and Disney Land. The family is attempting to start a new life and leave the old memories behind, but they are often about to inherit someone else’s family horrors.

Many of the old family houses are grand mansions, meant to impress, with hundreds of rooms. (Some mysteriously have more space inside than outside.) Some of them are as simple as a London flat as in Jemma Wayne’s To Dare or the cottage in Billy O’Callaghan’s The Dead House. In Noel Vindry’s locked room novel, The House that Kills, this house of stones is definitely an innocent bystander that gets attacked by investigators with picks and shovels seeking a secret passage. (As a house investigator, I found it particularly telling that the investigators in this 1932 novel used a perfume as a tracer gas to find air currents.)

It’s not the house, it’s the humans

The point is that the horrific things that haunt and attack people in most of these stories come from the occupants – not from the structure itself. Some people think that trees have spirits, and if that’s the case, I wouldn’t blame the two-by-four studs in my walls for being angry at being chopped up and changed from branches caressing the sky. And since my house is sitting on ground that once may have been a meadow that was warmed by the sun but is now a dark, damp basement that is home to spiders and mice, shared with a behemoth, mechanical steam heating system that rumbles and blows nasty gases up the flue, I wouldn’t blame nature for wanting to take it back.

Evil Spirits In The House

There are few stories where the physical elements of or in the house are manipulated to cause harm to the occupants although there are plenty of nasty things floating around in the air in houses. As we make houses tighter and tighter, we are trapped with those killers like Snakes on a Plane! In Neil Sanders’ novel, How to Murder Your Contractor, it’s not the house but the client that has nefarious thoughts.

But I am compelled to write about 17 Church Row by James Carol. This book takes evil spirits connected to a house to a whole new level. The evil persona in this novel was created by man, but takes on a life of its own. This persona is—at least for the time of the story—the disembodied soul of the house. A nice young family, suffering from the tragic loss of a child think they can escape their memories by moving to a brand new, state-of-the-art house with no doorknobs.

The virtual assistant in this book has been taught to think, reason, and feel at least to the level of a six-year-old’s consciousness with almost infinite access to the world’s knowledge base, connected by wires, fiber optics, and satellites. ‘She’ does open doors and drawers and make coffee on command, but ‘she’ is a character. There is a connection to the past that is apparent in the opening sentence: “Father attempted to murder me once.”

The house means nothing to ‘her’ so in that sense maybe this book doesn’t belong here, but personally I think it is the scariest story of all. Since you are reading this electronically you are already connected to ‘her’. We all are. I think it was odd that I couldn’t find an electronic version of this book.

Houses are shelters. Houses are homes. Not killers. They carve out a safe place to protect us from wind, rain, and snow. There are indeed mysterious places in houses—under the stairs, under the eaves, down in the basement, in the back corner of the attic where no one ever goes. Houses make strange noises – pipes banging, shutters thumping against the side of the house in the wind, the barometric damper in the flue clicking, the massive weight of the structure settling onto the foundation. Those mysterious places and sounds tantalize a story teller’s imagination. But it’s the ghosts in the occupants’ imaginations and the guilts in their memories that are the killers and the perpetrators of the crimes.

Over forty plus years, Paul H. Raymer played a part in the birth of ten companies, developed more than twenty-five product lines, helped to raise three children, and is the author of the Residential Ventilation Handbook. He has gone back to his fiction roots by writing, RECALCULATING TRUTH a story that explores the blending of truth, technology, and the challenges of being an entrepreneur. In July of 2020 he published his second novel, DEATH AT THE EDGE OF THE DIAMOND that tells the coming of age story of Jon Megquire in the summer of 1979 in the fictional town of Tilley on Cape Cod. Paul and his wife rattle around in an old inn on Cape Cod. Houses speak to him and tell him of their lives and loves. His wife, kids, and grandchildren tell him other tales. PaulHRaymer.com

Also, be sure to sign up for his newsletter. 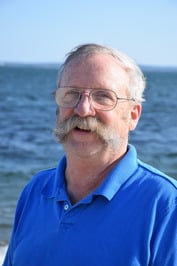