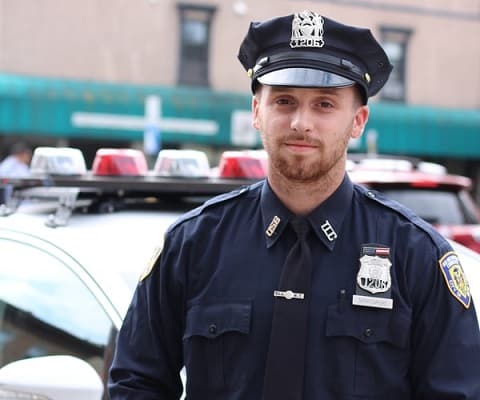 Why more humor should be included in the police procedural genre

A longtime reader of crime fiction, and a retired police officer myself, I’ve noticed when it comes to police procedurals, writers often don’t take full advantage of the inherent humor found in police work. Real life police humor is great. Jokes run the gamut from innocently amusing to the most disturbing of gallows humor. Gentle of observations to remarks best made in the presence of specific company.

I’ll give an example from our department, made by yours truly. On this occasion, I recognized that police squad car keys from a particular make and model fit each car. And once, while having dinner with a co-worker, I was able to go out to the parking lot and move his car to another location without his knowledge. A few minutes later after finishing dinner, I was able to watch him leave the business and stand perplexed while looking for his squad. Classic!

Another common area of humor found in policing is that of the seemingly endless wry remarks that occur before, during, or after events. If a criminal was killed, someone might utter the banality that the last thing going through his mind was lead. Or, often, the wry remarks would be darker and more aligned with the inner workings of police work.

As a retired police officer, I find it odd how some of the most acclaimed and bestselling writers of police procedurals don’t add more police humor. I’m not sure if the shying away from this sometimes dark banter results from a lack of exposure, or if it is purposely done; avoided for specific reasons. But for those familiar with policework, humor—light or dark—is always present. And sometimes at its shockingly best in the gravest of times.

Michael Connelly is among the best known authors of the police procedural. And though his Harry Bosch novels excel in many ways, they are light when it comes to police humor. Even Amazon’s Bosch series has been largely devoid of police humor (though, in later episodes it has shown sparks of police humor, especially in the wider use of the two old-timer characters known as Crate and Barrel.)

Though writers often seem to undervalue realistic police humor, simply by leaving it absent, I’m not suggesting the police procedural genre be filled with slap-stick, juvenile humor. These aren’t comedies. And there’s no upside in overdoing it.

When humor is done well in police procedurals

However, some authors do accurately incorporate police humor, much to the improvement of their work. The master of this is Joseph Wambaugh. Probably, this comes due to his pre-writing career as a Los Angeles police officer and detective. He gets it. And it shows.

Wambaugh’s usage of humor ranges all the way from humorous nicknames like Whaddayamean Dean (because of his habitually uttering of the phrase “What do you mean?”) or Itchy Mitch, to the more macabre.

In The Black Marble, Itchy Mitch is known to nervously scratch at subconscious itches when put under stress by detectives. Wambaugh’s use of this character is so well done. readers subconsciously do the same. (On two occasions I had friends read the passage about Itchy Mitch while I sat back with amusement to watch both start scratching.)

Humor in Police Procedurals on TV

The written works and subsequent television shows involving writer David Simon also exhibit the expansive availability of humor in policing, especially as depicted in NBC’s former police drama series Homicide: Life on the Street and HBO’s The Wire. Both programs have often been cited as two of the finest shows in television history.

In Homicide: Life on the Street, Simon and his fellow creators were able to recreate the humorous banality of conversations that go on between police officers while they are awaiting for the real action to start. While in The Wire, Simon further utilized humor by depicting the snipping of ties of napping, over-worked detectives by co-workers. One humorous segment includes the use of a copy machine as an impromptu polygraph. A suspect’s hand is placed on the copy machine glass and pages with pre-printed answers are spit out when a suspect is questioned with the answers indicating the veracity of the suspect’s replies. When faced with being caught telling lies, the suspect quickly confesses to the crime.

Police are humans doing a tough job. They handle the ups with humor, the downs with humor, and often everything in between in the same way. The imperfection of the human condition allows for the emergence of humor in all sorts environments and endeavors, which is what allows for the great humor that comes out of policing.

With my greatest achievement being a father of four daughters, I am a retired police officer and former crime scene investigator who enjoys music, the search for that next, best read, while enjoying cooking, B-movies and dark humor. With a dry sense of often misunderstood humor, I believe laughter is truly an elixir to an enjoyable life.

In retirement, I have grown to enjoy watching and identifying birds while discovering it sometimes is difficult to accept it’s okay to do things at one’s own pace.

I enjoy popular culture, following politics and am lucky to have a spouse who has never demanded I change and has allowed me to just be me.

END_OF_DOCUMENT_TOKEN_TO_BE_REPLACED

An Oxford student claims he was assaulted by his academic mentor

END_OF_DOCUMENT_TOKEN_TO_BE_REPLACED

Two detectives hunt for the murderer of a deputy district attorney