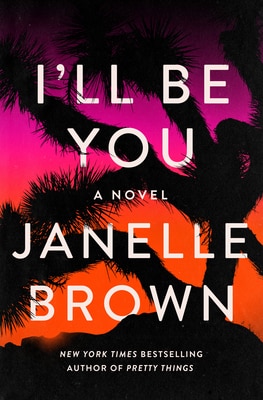 Twin sisters, both beautiful, talented, and smart, once close enough that the edges of each of them felt blurry and overlapping with the other, but with adult lives so far diverged they haven’t talked in a year.

Once child actors, Sam loved the spotlight, but too much, and it left her a recovering addict, broke, and alone; Elli walked away from their childhood fame and established a calm and stable life for herself, frequently called on to help Sam out of another mess or into another rehab. But when Elli goes missing – solid, dependable, Elli – Sam suddenly finds herself called on to help the niece she never knew she had, and the sister she’s let down over and over again.

At first it’s clear Sam is floundering, as she’s never needed to be dependable, always either being rescued by her family or keeping them at a safe arm’s distance. As she searches for clues about her sister’s disappearance to a mysterious desert retreat with the ominously obscure FemGen, though, she starts to actually find that’s not just trying – she’s capable when she tries. As we follow her hunt, we’re also shown stories from the childhood she shared with Elli, moments that explain their relationship and how their estrangement began. The tension builds naturally but steadily, and when we start to get an idea of the whole picture, it’s clear there’s a whole lot more going on than first appeared.

I’ll Be You took me by surprise, in a good way – there’s a lot of thrillers in the world, but this novel deservedly stands out in a crowded genre. Janelle Brown is a talented author, and she wrote with sensitivity and authenticity about a sibling dynamic that brings new meaning to the word complicated. Sam was a likeable and, more importantly, believable mix of guilt, impulsivity and caring, while Elli was entirely distinct but just as complex and genuine. While tense and high-stakes, the action at the center of the novel felt plausible but original – it was a mix of excellent characters, a beautifully twisty and intriguing plot, and an author who knows how to keep her readers glued to the page. What’s not to love?