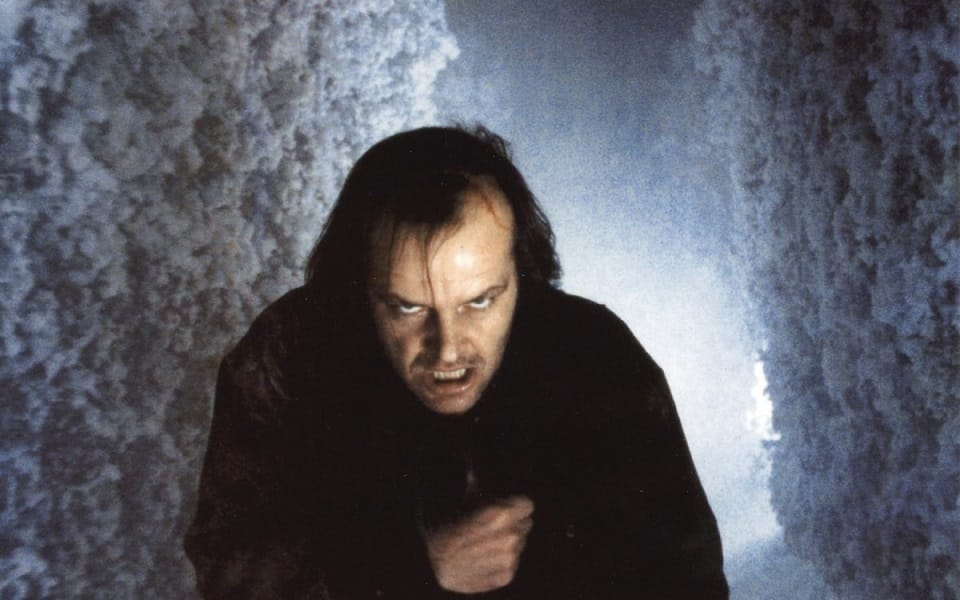 If there’s one thing we’ve learned from 2020, it’s that isolation can lead to madness. Sometimes it is the madness that comes from being too long alone, only the scratching on the walls of one’s own mind for company.

A man left too long alone to dwell on his sad and sorry state will become fixated on a way out. In the case of Raskolnikov, the protagonist of Crime and Punishment, the means of his salvation comes in the form of an elderly pawnbroker. The reader follows Raskolnikov as he plans and executes the pawnbroker’s murder. Yet, this act does not bring the expected release from his squalid condition. Instead, it sets his already fevered mind on the road to madness. His repetitive thoughts of the murder, and his belief that others can see directly into his guilty soul, bring to mind the repetitive handwashing motions of Lady Macbeth, but the stain of murder cannot be cleansed so easily.

The protagonist of a Tell-Tale Heart has already accomplished his senseless murder when the reader first encounters him. From the start he proclaims he is not mad, merely dreadfully nervous, which leads one to immediately question his assertion. As he details the methodical steps he took to accomplish the crime, he claims to feel no remorse. Yet, he is so consumed by guilt that the ceaselessly beating heart of his victim drives him to confess the deed. Such an incessant sound, like a car alarm at three in the morning, can do nothing but drive one mad.

The last scion of a tainted bloodline returns to his family’s former seat in England following the death of his son in Lovecraft’s The Rats in the Walls. Isolating himself in the rundown mansion, a place still feared and reviled by the local townsfolk, Delapore investigates the loathsome history of his family as he rebuilds the mansion to its former glory. Though skeptical at first, Delapore finds himself progressively weighed down by the history of the place and drawn to the sounds of rats in the cellar that only he (and the cats) can hear. When Delapore gathers together a group of experts to investigate the underground caverns beneath the estate, let’s just say that blood will tell.

The Haunting of Hill House and Shining get bonus points for straddling the two types of madness wrought by isolation. The unreliable narrator, Eleanor Vance, has been driven very close to madness after being isolated with her demanding invalid mother for eleven years. After the release of her mother’s death, Eleanor has the opportunity for an all-expenses paid trip to Hill House. Only after arriving at Hill House do Eleanor and the other subjects of the experiment discover the sordid and bloody history of the house and the true reason for their invitations. At first, the lonely and socially awkward Eleanor begins to blossom like a flower moved from a dark room into the sun. Soon though, paranormal happenings and the oppressive atmosphere of the house prove too much for an already fragile mind. Whether driven mad by loneliness or the treachery of vengeful ghosts, the ending feels inevitable.

A huge, brooding hotel, isolated in the dead of winter by distance and weather, seems the perfect writer’s retreat for recovering alcoholic Jack Torrance in The Shining. Accepting a job as the winter caretaker for the Overlook Hotel turns out to be the very definition of a bad idea, particularly after Jack learns of the tragedy that befell the last caretaker and his family. Isolation, alcoholism, writer’s block, bottled rage, and the ghosts of the hotel’s past inhabitants slowly drive the already unstable Jack to take up a mallet (or an ax, if you’re watching the movie adaptation by Stanley Kubrick) to make sure his wife and son take their medicine. His wife and son are physically isolated in the hotel with murderous spirits and a man who absolutely cannot be trusted to protect them. Jack’s easy recall of a detailed, almost clinical, definition of cabin fever during the first scene sets the stage for its final act.

An untrustworthy husband can be the greatest threat a wife can face, especially when he isolates her from her family and friends and then proceeds to make her question her own sanity. The young wife in Gaslight, played by the radiant Ingrid Bergman, is isolated by her new husband “for her own good” in the home of her murdered aunt. Strange happenings soon occur which convince her that she is losing her mind. The psychological abuse shown here is terrifying because it is based on real abuse that trusted relatives have inflicted on their victims. The psychological term “gaslighting” was coined from the play and its film adaptations.

“Hell is other people,” Sartre famously said, and nobody understands that better than Paul Sheldon in Misery. Writers need fans to survive, and this is literally true in Paul’s case when he is saved by a nurse, Annie Wilkes, after a car crash on a deserted road. As matters unfold, Annie just happens to be his number one fan, a term that takes on a frightening connotation once she learns he has killed off her favorite character in his new book. Keeping the severely injured Paul captive in her house, Annie withholds food, water, and painkillers until he agrees to rewrite the book to her satisfaction. I saw the film when it was first released and the sledgehammer scene (or the axe scene, if you are brave enough to read the book) still haunts my dreams.

When ten strangers arrive at an old mansion on an isolated island, they soon discover someone has lured them there to be punished. And Then There Were None is a clear precursor to Saw, as both feature a hidden executioner who picks off his victims one by one as judgment for their sins. Most interesting here is the use of multiple unreliable narrators to drive the tale forward. John Barth said, “Everyone is necessarily the hero of his own life story. Hamlet could be told from Polonius’s point of view and called The Tragedy of Polonius.” Upon their arrival at the island, none of the narrators believe they’ve done anything wrong and most die with the feeling that someone has played an unfair and unwarranted trick on them.

Nothing is more terrifying than your fellow man, especially if your fellow man is no longer a man at all. The 1982 film adaptation of The Thing by director John Carpenter brings you all the physical isolation of a haunted house novel (the researchers are trapped together on a base in Antarctica) and all of the social isolation of an existentialist tract (except one of them is actually a murderous, shape-changing alien). As the alien morphs into each person in turn, and the remaining humans race against time to discover which of them is no longer quite themselves, the paranoia skyrockets.

If you haven’t already started hearing strange noises that nobody else hears coming from the cellar or the attic and you haven’t begun viewing your loved ones with growing suspicion and paranoia, now is the time to start. Don’t fight the madness, embrace it.

Additional reading: The Count of Monte Cristo by Alexandre Dumas, The Woman in White by Wilkie Collins, Who Goes There? by John W. Campbell, I Am Legend by Richard Matheson, We Have Always Lived in the Castle by Shirley Jackson.

Michelle Spadafore was raised in Northern California, but fell in love with New York City and never looked back. She works as a legal services attorney providing assistance to individuals with disabilities. Her recent mystery novella, Objects at Rest, explores themes of social isolation, disability, and immigration policy against the ever-changing backdrop of New York City. She lives in Brooklyn with her partner, a cat, and a large bookshelf. She is currently pursuing her passion for making comics.

Find her on Goodreads 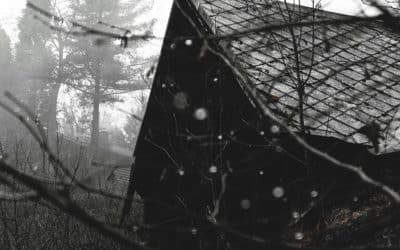