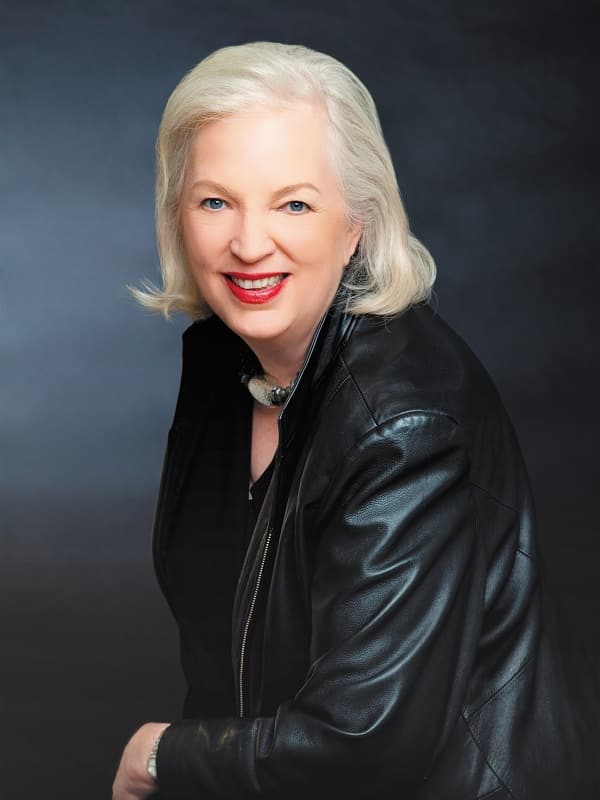 Judith Ann Jance is the top 10 New York Times bestselling author of the Joanna Brady series; the J. P. Beaumont series; three interrelated thrillers featuring the Walker family; and Edge of Evil, the first in a series featuring Ali Reynolds. Born in South Dakota and brought up in Bisbee, Arizona, Jance lives with her husband in Seattle, Washington, and Tucson, Arizona.

Q Why revisit the children from an earlier novel?

J.A.: I wrote Breach of Duty eleven years ago and was curious about how the two boys were doing. The best way for me to do this is to write a book about them. This is the twenty-fifth Beaumont book and my fortieth anniversary with this character. I have been longer with him than my husband, Bill. Both guys are special to me and makes me laugh.

Q Does Beau have many talents?

J.A.: Beau has not been a handyman all along. I will say the plumbing problem in that book is a page out of my own history. It happened on Christmas Eve and was a mess. Unfortunately, I was the one who did it, totally my fault.

Q How old school is Beau?

J.A.: Beau has a clear idea of right and wrong. He is on the side of right. He has always stood up. He tries to be cantankerous but is not really that bad. He has a dry sense of humor. His handling of a fatherless child showed how caring he is.

Q You introduced two new characters, Twinkle Winkleman and Harriet Raines. What can you tell us?

J.A.: Twinkle Winkleman made me laugh when she popped in my head and throughout the writing of the book. I did not think she was going to be more than a driver for Beau, but she stuck around for the whole book. She is independent, a tough Alaskan woman, direct, and gruff. On the other hand, Harriet is very different from Twinkle. Harriet blends the past between two opposing cultures.

Q How would you describe Beau’s wife, Mel Soames, the police chief of Bellingham Washington?

J.A.: I let people fill in the blanks on Mel. She is intuitive, direct, caring, and protective. This is why the case she is working on is so wrenching for her because she really does care. She sees the tragedy from both sides. She seems to know Beau better than he knows her although he is getting better at it. It is probably a woman thing.

Q Can you explain a little about NamUs?

J.A.: NamUs is an open source to find missing people. It provides technology, forensic services, and investigative support to law enforcement and any citizen. Information is uploaded to the website to help find a missing person or identify remains. The message I have been getting is that the families never have closure and never emerge from that, living in limbo.

Q Were the grown children, Jared and Chris based on anyone?

J.A.: Both Jared and Chris were incredibly traumatized by what happened to their mother. They each took a different path, but both grandparents affected the sons as they raised them. I happened to know two little children whose mother was murdered in Tucson in 1970. These children grew up to be very troubled. This story is based on a real example of what could happen, the long-term results of the tragedy.

Q What’s next?
J.A.: The next book will be an Ali Reynolds book.

Nothing To Lose by J. A. Jance is a riveting story of love, murder, family, evil, and human nature. As with many of her books the author blends in humor within the plot to put smiles on the readers’ faces.

This plot continues the story of Sue Danielson’s family. Sue was J. P. Beaumont’s (Beau), Seattle PD partner who was killed by her ex-husband. Now, almost twenty years later, Jared reappears in Beau’s life seeking his help once again. Jared asks Beau to find his younger brother, Chris. The search leads to Anchorage and Homer, Alaska where a cast of characters help Beau find answers until the truth is flushed out.

Two supporting new characters enhance the plot. Twinkle Winkleman (Twink) is not just Beau’s driver but has valuable insight and humor. Working at the Alaska State Department of Forensic Anthropology is Professor Harriet Raines, a cigar smoking woman who enjoys her alcohol and her jokes.

This book once again shows why Jance has so many bestselling notches on her belt. She makes the story and characters come alive. 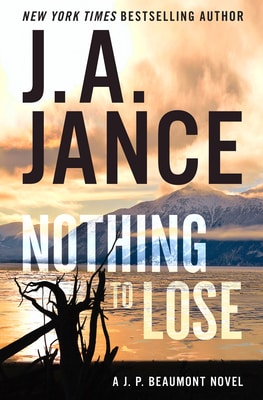 Years ago, when he was a homicide detective with the Seattle PD, J. P. Beaumont’s partner, Sue Danielson, was murdered. Volatile and angry, Danielson’s ex-husband came after her in her home and, with nowhere else to turn, Jared, Sue’s teenage son, frantically called Beau for help. As Beau rushed to the scene, he urged Jared to grab his younger brother and flee the house. In the end, Beaumont’s plea and Jared’s quick action saved the two boys from their father’s murderous rage.

Now, almost twenty years later, Jared reappears in Beau’s life seeking his help once again—his younger brother Chris is missing. Still haunted by the events of that tragic night, Beau doesn’t hesitate to take on the case. Following a lead all the way to the wilds of wintertime Alaska, he encounters a tangled web of family secrets in which a killer with nothing to lose is waiting to take another life.ate.