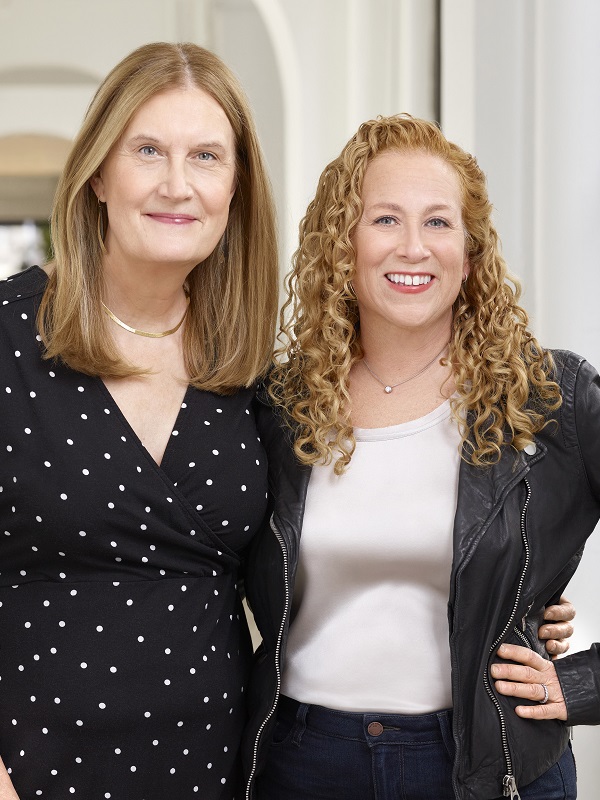 JODI PICOULT is this year’s recipient of the legendaryHale Award. The Sarah Josepha Hale Award has been presented annually since 1956 and is a New England award given by the trustees of the Richards Free Library (Newport, NH) in recognition of a distinguished body of work in the field of literature and letters. Named for poetSarah Josepha Hale, the award honors the contribution of one of America’s most powerful women of the Nineteenth Century.

PROFESSOR JENNIFER FINNEY BOYLAN, author of eighteen books, is the inaugural Anna Quindlen Writer in Residence at Barnard College of Columbia University. She serves on the Board of Trustees of PEN America, the nonprofit advocating for authors, readers, and freedom of expression.  From 2011 to 2018 she served on the Board of Directors of GLAAD; she was co-chair of GLAAD’s board of directors from 2013-17.

Q. Jodi, you and Jennifer make an excellent writing team. How did the relationship start? What were some unexpected joys or obstacles in writing with a partner?

JP: In what is possibly the only good thing to ever come out of Twitter, Jenny one day tweeted that she dreamed we were co-writing a novel. Now, I’d read Jenny’s work for years and admired her as an author and a human being, so of course I responded asking what the book was about. Jenny and I have not had the same lived experience, which is why I thought that teaming up on a book about what it means to be a woman so fascinating. Plus, who doesn’t want to work with someone as talented as she is? We DM’d some ideas for the story, but due to our busy schedules, we didn’t expect to begin our collaboration until September of 2020. But in March 2020, Jenny dropped me an email: “My schedule has just emptied…how about you?” The pandemic was a complete upheaval for me, because of my asthma I was locked down for 15 months. It is not exaggerating to say that working on this book with Jenny during the beginning of the pandemic gave me the focus I needed at the time to keep from completely spiraling out of control in a panic. I will add that unlike when I collaborated with my daughter, Sammy, on YA novels — collaborating with Jenny was both easier and more difficult. Since we are both established writers, I realized pretty early on that someone needed to be the Keeper of the Manuscript (me, because I’m a control freak) and that we would have to review each other’s sections in order to make the text feel seamless, rather than like two pigs fighting under a blanket.

Q. Jennifer, how would you describe your experience writing with Jodi? How did you develop the story together?

JFB: Jodi will, perhaps, tell the story of how I had a dream one morning that I was writing a novel with her, tweeted this out, and quickly got a response from her, “Let’s do it!” And in so many ways, working with her was just that: a dream. We talked about the book for a long time before we set to work; originally we had planned to begin in the fall of 2020. But then, trapped inside during quarantine, we suddenly had time on our hands. We worked out the two stories for the two main characters, and then I crawled around on the floor of my office with the printouts and a big pair of scissors and some tape. Once we had the story, it was a matter of each of us writing our chapters— which we then immediately shared with the other. We edited each other— plus we agreed that each of us would write one of the other author’s character’s chapters, just to keep everyone guessing who wrote what. Although to be honest, by the time we were all done, I would often look at a paragraph and be unable to remember which one of us had come up with it.

Q. Jodi, you’re famous for—among other things—tackling the big issues in your storytelling. How did you and Jennifer approach the ripped-from-the-headlines elements of MAD HONEY?

JP: It’s funny – I don’t think of this as ripped from the headlines. I think of it as a story that needs telling and a conversation that needs to be happening. It wasn’t until the book was already in the process of publication that a whole rash of laws started being passed stripping rights away from certain individuals in a way that feels painfully timely to address. I actually think of this book a lot like I think about Small Great Things — as a book that makes you look at the biases you might have without realizing you have them — and that gives you the basic education to begin to do better.

Q. Jennifer, what do hope readers take away from reading MAD HONEY? What conversations do you hope the novel sparks or continues?

JFB: Well, in some ways this book asks the questions that have been at the center of all my work: What makes us ourselves? What parts of our history do we share with the people we love, and what do we keep to ourselves? What is the difference between what is secret, and what is private? And if you love someone, do you love the person that they are, as well as the person they might yet become? It’s the question we all ask ourselves as we grow older, and change with time. If you live long enough, the person you married in your youth may bear no resemblance to the person you find yourself with later in life. And yet, we are always our same selves. Who else would we be?

Q. What’s next for both of you?

JFB: My next work is a book of nonfiction in which I hope to address some of these same questions in a different way. How do we become ourselves? And what role, specifically, does education and schooling play in that process? The working title is Good Morning Poison Squirrels, which is the thing a friend of mine mistakenly thought her teacher said to the Kindergarten class each morning. If that phrase looks funny, say it out loud. You might be surprised how familiar it is.

And of course, I would work on any future book with Jodi in a heartbeat. In some ways I felt like I became more myself as an author when I was co-writing with her than I am when I’m only writing by myself. Writing Mad Honey together has been like the perfect marriage. Except that we never had to listen to each other snore.

JP: In 2022 I’m mired in the world of musical theatre as a librettist. In June, I launched a musical based on my YA book Between The Lines in NYC, and this fall I’m launching a musical adaptation of The Book Thief in the UK before I head out on tour for Mad Honey. In between I’m busy doing research on my 2024 novel, which is about gender discrimination in publishing…and which will convince you that Shakespeare didn’t write his plays! 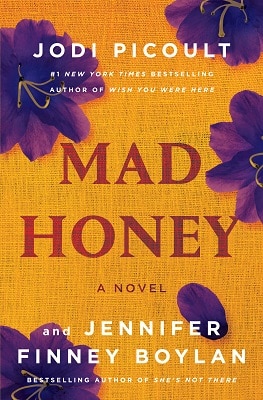 Olivia McAfee knows what it feels like to start over. Her picture-perfect life—living in Boston, married to a brilliant cardiothoracic surgeon, raising a beautiful son, Asher—was upended when her husband revealed a darker side. She never imagined she would end up back in her sleepy New Hampshire hometown, living in the house she grew up in, and taking over her father’s beekeeping business.

Lily Campanello is familiar with do-overs, too. When she and her mom relocate to Adams, New Hampshire, for her final year of high school, they both hope it will be a fresh start.

And for just a short while, these new beginnings are exactly what Olivia and Lily need. Their paths cross when Asher falls for the new girl in school, and Lily can’t help but fall for him, too. With Ash, she feels happy for the first time. Yet at times, she wonders if she can she trust him completely . . .

Then one day, Olivia receives a phone call: Lily is dead, and Asher is being questioned by the police. Olivia is adamant that her son is innocent. But she would be lying if she didn’t acknowledge the flashes of his father’s temper in him, and as the case against him unfolds, she realizes he’s hidden more than he’s shared with her.

Mad Honey is a riveting novel of suspense, an unforgettable love story, and a moving and powerful exploration of the secrets we keep and the risks we take in order to become ourselves.