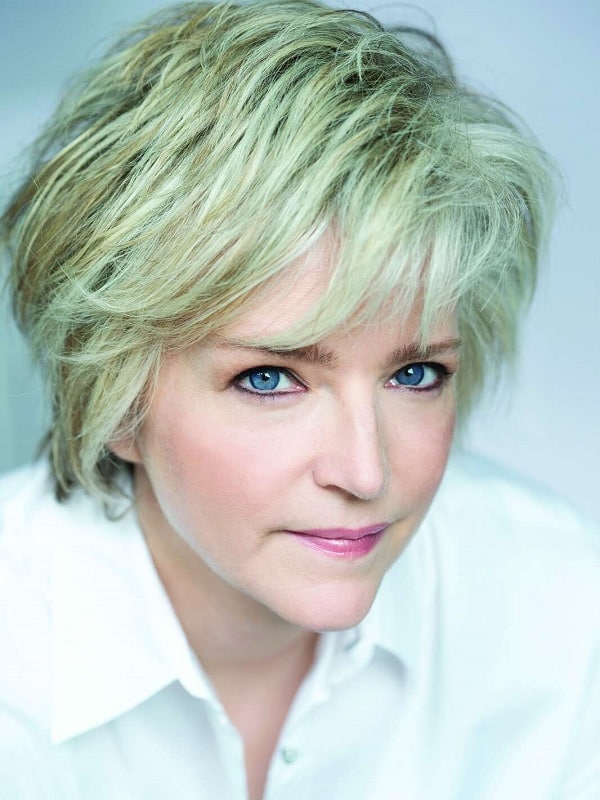 Karin Slaughter is one of the world’s most popular and acclaimed storytellers. Published in 120 countries with more than 35 million copies sold across the globe, her 21 novels include the Grant County and Will Trent books, as well as the Edgar-nominated Cop Town and the instant New York Times bestselling stand-alone novels Pretty Girls, The Good Daughter, and Pieces of Her. Slaughter is the founder of the Save the Libraries project—a nonprofit organization established to support libraries and library programming.

Q. What did you think of the Netflix series, Pieces of Her, based on your book?

Karin: It is clearly different than the book. I just thought that the book is the book, and the show is the show. It was really a lot of fun to watch. We will see if they make more episodes.

Q. Is this book a continuation of your first book?

Karin: They will market it when the book comes out with a sticker on the book referring to Pieces of Her. This started with a question about Andrea. In the previous book she wonders about her mom and herself. In this book she is trying to figure out how to be unlike her father, to be a good person. It is really important that she has Leonard Bible, a senior US Marshal, mentoring her. He shows her how to do things the right way.

Q. Why a US Marshal?

Karin: I found writing about the US Marshals and Andy interesting. I talked with a ton of Marshals. It was fascinating to see all the cool duties they have. I wanted her to have this profession as a way to rebel against her mother, Laura. She was in witness protection and feels Andrea joined the enemy. I find it fascinating how people have one kind of life and then must have a new life. Usually someone made a deal to testify. Many times, they still must go to prison, which is what happened to Laura. I wanted to show how Andy grows up and becomes her own person. If I decide to write it as a series, having Andy as a Marshal gives me an opportunity to write about a lot of different crimes. They hunt down and keep track of pedophiles, chase after fugitives, and are responsible for security.

Q. How would you describe the relationship between Laura and Andrea?

Karin: In the beginning it is a little broken. But then I think Laura does what good parents do. She accepts that Andrea will make her own choices even if she does not agree. By the end of the book, she comes around to that way of thinking. Andrea learns she can disappoint her mother and that is OK. There has been a transition from the first book to this book between the mother-daughter relationship.

Q. Do you think Andrea grew up in this book?

Karin: Andrea had a lot of growing up to do. I wanted her to go through that evolution to find her strength. She blew everything up to find herself just as her mother did. There is a line by Laura, “wherever you go, there you are.” Maybe the world is not the problem, but she is the problem. She ends up as someone who is independent and a survivor.

Q. What about Judge Esther?

Karin: She would tell you she is a good person who did some bad things. She only supports a certain type of woman, who must be just like her. She only gives a hand to people she approves of. She had her and her daughter Emily’s life all planned out. But after the incident, Esther only wanted Emily to disappear.

Karin: Calling him evil lets him off the hook. He is an opportunist. He tries to make his life as easy as he can that is directed toward his pleasure. Clearly a cult leader. He seems more nuanced. Like Jim Jones, Manson, and Koresh, those men in charge of a cult do it just to have sex with young girls. He is a bad guy where a lot of his actions comes from a deep hatred of women. He is a psychopath and a narcissist.

Q. Did Emily get canceled?

Karin: Everyone talks about getting canceled as if it came after the Internet. But those in high school know of someone that got canceled. Yes, because of what happened to her it put her on the outside of a group. All people wanted to do was punish her and considered her a pariah.

Q. Why did you mention dementia-like actions in the book?

Karin: Esther’s husband, Franklin, did have a massive stroke. Esther kept him alive because she was under his thumb for most of her adult life and a lot of it was her wanting vengeance. There is also the fact that once she was caught in this horrible relationship she does not know how to live outside of this relationship.

Q. Why did you choose the music in the book?

Karin: I grew up as a teenager in the late 1980s. I really enjoyed putting these songs in the book. I really love the Go-Gos. I thought how amazing they were considering they were the first all-female group to get to number one, playing their own music. These are all songs I liked. I am a little bit country and a little bit rock and roll.

Q. Do you have any other books or characters that are going to be made into a movie or TV series?

Karin: Yes. Will Trent is picked up by ABC and will be made into a TV series. It might come out in January, thirteen episodes. After watching the pilot, it captures the spirit of my books, gripping with lots of twists and turns. Will is played by Ramon Rodriguez. The earlier books did not have Sara, so they are figuring out when to introduce her.

Karin: In the summer of next year will be a Will and Sara book.

irl, Forgotten by Karin Slaughter is a follow-up to her 2018 thriller Pieces of Her. Earlier this year, Netflix produced a Pieces of Her mini-series. This book will take readers back to their high school days with a reminder of how cliquey a group of students can be. Par for the course, Slaughter has a riveting murder mystery and fascinating characters.

The plot starts out with Andrea Oliver graduating as a US Marshal. Her first assignment is to protect a judge receiving death threats, but she is also asked to secretly investigate the cold case murder of the judge’s daughter, Emily Vaughn, who died forty years ago. There are dual timelines of Emily’s past and Andrea’s present perspectives broken up by witness statements given in the original investigation. These captivating flashbacks follow Emily in the period leading up to her death as she engages in a Columbo-inspired investigation of her own.

What Slaughter does best is draw readers into the event as they sympathize with the victim. In this case, Emily had dreams and was going places after high school. But it all came to a drastic halt after she was ostracized because of what happened to her. She was also murdered because of that event and Andrea is determined to bring her justice especially since the small town moved on with Emily’s friends closing ranks, her family ignoring their grief, and no one was ever convicted.

This plot is a page-turner with many twists. As always, the pacing makes the intensity of the story ratchet up.

A girl with a secret…

Longbill Beach, 1982. Emily Vaughn gets ready for the prom. For an athlete, who is smart, pretty and well-liked, this night should be the highlight of her high school career. But Emily has a secret. And by the end of the evening, that secret will be silenced forever.

Forty years later, Emily’s murder remains a mystery. Her tight-knit group of friends closed ranks; her respected, wealthy family retreated inwards; the small town moved on from her grisly attack. But all that’s about to change.

One final chance to uncover a killer…

US Marshal Andrea Oliver arrives in Longbill Beach on her first assignment: to protect a judge receiving death threats. But, in reality, Andrea is there to find justice for Emily. The killer is still out there—and Andrea must discover the truth before she gets silenced, too…