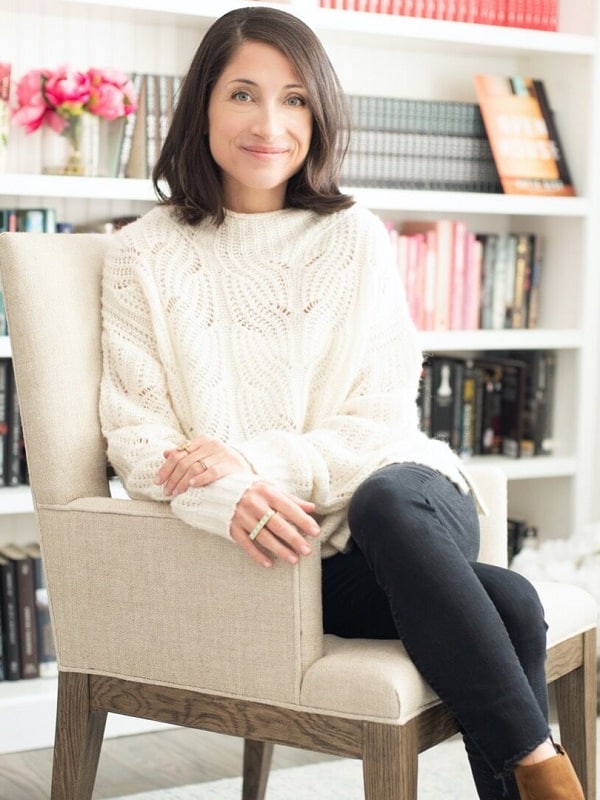 Katie Sise is the Amazon Charts bestselling author of Open House and We Were Mothers. Her novels have been included on best-of lists by Good Morning America, the New York Post, E! Online, PureWow, POPSUGAR, and Parade magazine. She is also a jewelry designer and television host and has written several young adult novels, including The Academy, The Pretty App, and The Boyfriend App, as well as the career guide Creative Girl. She lives with her family outside New York City.

Q. Your books feature characters who are placed in unthinkable circumstances who have to make extremely difficult decisions – sometimes life-threatening decisions. Where did you get your inspiration to create Rowan and the chaotic world she lives in?

Katie: Rowan came to me in a dream. I’ve heard other authors say that has happened to them and inspired them to write a certain novel, but for me it was the first time. I dreamt of a woman clawing at wallpaper and screaming for her baby. I really felt like I understood what she wanted and what she needed, and the memory of her stayed in my head. At first I thought her story was too dark for me to try to write, so I tried to forget about her, but I couldn’t! That’s when I knew I had to write her story. I started writing Rowan as a mystery writer in New York City’s West Village, where I used to live, and that setting really felt right for her.

Q. You are a jewelry designer and a TV host, who has worked on the Home Shopping Network. Did either of these jobs prepare you for your job as a writer? Did working as a TV host influence or inspire your writing at all?

Katie: Yes, definitely! I think good TV always tells a story. Whether that’s live, unscripted television or a scripted show, you’re always trying to tell a story and connect with an audience. And jewelry-making is a solitary creative endeavor, just like writing. Both feel very meditative to me, like I’m creating something from scratch that didn’t exist before. But I think the work I’ve done that has most affected my writing is being an actress; I was a theater major in college, and as theater students my peers and I really immersed ourselves in scene study and devoted so much time to understanding our characters’ inner lives. That really translated to writing fiction, and I’m very grateful to the professors who taught me back then.

Katie: My young adult novels were romantic comedies, but they were often more similar than not to my suspense writing, because they always contained an element of mystery. I can see the first notes of suspense play out in those earlier young adult novels amidst zany, high-concept backgrounds like in The Boyfriend App and The Pretty App. Really the main difference is just the age of the characters; otherwise writing YA and now adult feels very similar.

Q. Your main character Rowan is suffering from post-partum anxiety and experienced a traumatic childbirth. How did you research this topic, and was it difficult? You’re a mother of four; did you experience anything like what Rowan did after your children were born?

Katie: The most difficult parts of the novel to write was everything Rowan experiences as a new mother. I did feel anxiety like many new mothers, and the more I talked to other women, the more I realized that their birth stories often come with unpredictable circumstances and outcomes. I think we’re all more open to talking about them now, which is a great thing. And I was lucky enough to have a friend who is a postpartum doula read a first draft of the novel and offer feedback, and later spoke with an OBGYN to go over the details of Rowan’s traumatic birth.

Q. If The Break were made into a movie, who would you choose to play Rowan? What about June?

Katie: Jennifer Lawrence for Rowan and Elle Fanning for June.

Q. Are you the type of writer who outlines everything first, or do you ‘go where the pen takes you’ when you start a new novel? What is your process?

Katie: I don’t do any outlining at all! I really enjoy just sitting down and seeing where the characters take me. It almost feels like watching a movie. I write in the mornings, and I try to write 1,000 words per day. Characters and situations always surprise me, and if I can relax enough to trust my characters, they always reveal themselves!

Q. I think I read somewhere that when you started writing The Break, you didn’t know who the ‘bad guy’ was. Does writing often times go in a different direction for you than what you had planned? Do circumstances pop up that surprise you? Can you offer some examples?

Katie: That’s true! I often don’t know who the “bad guy” is when I sit down to write. In Open House, I thought I knew who did it right up until one of the final scenes, when another character came into the scene and committed the crime. I went back on revision and fine-tuned this character so that it would seem believable that he was capable of doing something so horrific. In The Break, I thought two characters were going to become romantically involved, and that one of those characters would commit the crime. But no matter how many times I put them into the scene together, it never happened. They just wouldn’t get together. It made me work a little harder to come up with another motivation for them to do the things they eventually do in the novel, and it turned out that another character committed the actual crime. I never saw him coming. Rowan, my main character, is a mystery writer. Her husband says that one of the reasons her readers are so surprised by her killers is that she herself doesn’t know who the killer is as she’s writing. That certainly applies to me as a writer!

Katie: I’m working on a new novel called The Vacation Rental, about a woman who rents out her beautiful country home with very unexpected results. 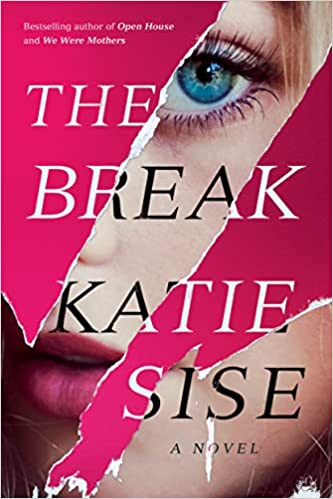 After the traumatic birth of her daughter at a New York City hospital, Rowan O’Sullivan returns home to her apartment with her perfect newborn, Lila. At her side are her husband, Gabe, and June, a part-time babysitter hired to help Rowan in any way she can.

But in this time of joy, Rowan can’t shake the feeling that something isn’t right. She feels dread. She’s breaking.

Rowan’s growing instability leads her to accuse June of unspeakable things. And when June disappears just days later, Rowan becomes a suspect. The neighbors heard the screaming. But only Rowan knows what really happened. If her mind can be trusted. Since Lila’s birth, her memory has been both unreliable and frightening.

To uncover what happened to June and protect her new baby, Rowan must try to untangle the deep recesses of her mind and face the dark things she’s so desperate to keep buried. When she does, no one is prepared for where the truth leads.