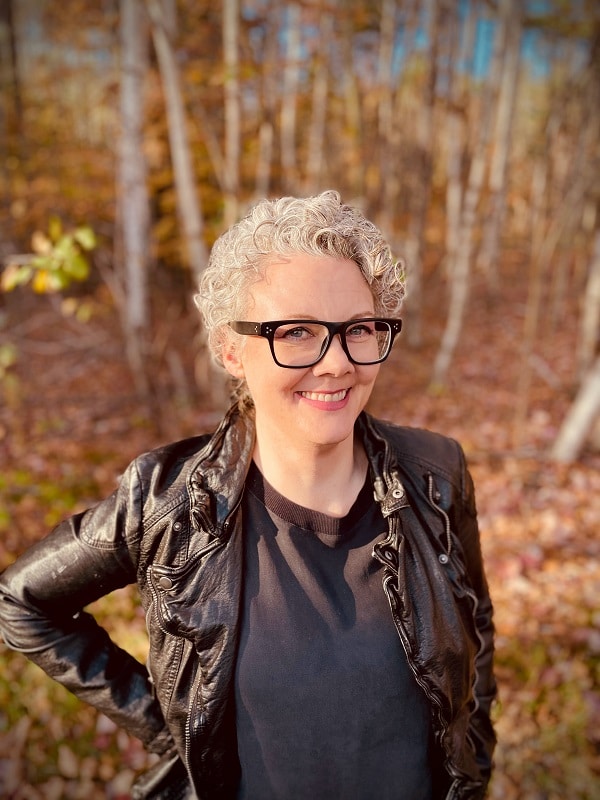 Kelly J. Ford is the author of Real Bad Things, coming Sep 1, 2022 from Thomas & Mercer, and Cottonmouths, named one of 2017’s best books of the year by the Los Angeles Review and featured in the “52 Books in 52 Weeks” from the Los Angeles Times.

An Arkansas native, Kelly writes crime fiction set in the Ozarks and Arkansas River Valley. Kelly is also an occasional co-host with Daniel Ford on the Writer’s Bone podcast. She lives in Vermont with her wife, cat, and dog.

Q. What kind of research was involved in writing Real Bad Things?

Kelly: I went the usual route of crime writers in reviewing legal processes and procedures and the particular nature of deaths in my book. However, I was primarily focused on ensuring that the Vietnamese and biracial characters in my book were treated with care. If I get the forensics wrong, that’s one thing. Not great, obviously. But it’s imperative that I do the research when it comes to writing outside my lived experience–even if my characters are not POV characters. Of course, even with research, I will always have blind spots. I utilized a sensitivity reader and two other readers from similar backgrounds as my characters to assist me. Their feedback was critical and so valuable to ensure my book world reflects the distinct demographics of where I grew up in and that remains an influential part of Northwest Arkansas. Any faults in the book are all mine.

Q. How did the idea for this story come about?

Kelly: I’d been noodling on the idea of a crime story involving a blended family for a long while. As a kid, I had a not-great stepdad that I would not at all have minded if he’d disappeared. On the other hand, my dad is a great storyteller and will routinely text me random updates about who has died and how. Sometimes he knows the person, sometimes he doesn’t. And sometimes it’s an answer to one of my questions about how someone *could* die in Northwest Arkansas. Regardless, his texts are always via ALL CAPS and with a hilarious amount of exclamation points. That’s Real Bad Things in a nutshell.

Kelly: The front-end of my writing process is very loose and based on “vibes.” I tend to let things marinate for months, sometimes even years. I’m not one of those writers who can sit down and come up with an idea. I even struggle with writing prompts. My brain seems to need time to develop characters, settings, situations. As happened with Real Bad Things, certain ideas rise to the top and get stuck in my head. I spend a lot of time daydreaming scenarios. Eventually, I sit down and get it on paper. It’s not until I’m around the 3rd or 4th draft that I have a more concrete idea of where my story is going. At that point, I become more diligent about plotting and structure and pacing–and setting deadlines for me and my trusted beta readers.

Q. Are you a true crime junkie? Do you have any favorite cases or mysteries?

Kelly: I wouldn’t say that I’m a true crime junkie. But, I’ve always been fascinated by the human psyche and how we behave under ordinary and extraordinary circumstances. Much of what I’ve taken from those stories is that human error and ego has a lot to do with whether crimes are ignored, bungled, or solved. So much of what is considered “criminal” in the US is viewed through the lens of white supremacy, patriarchy, society, etc. That’s what I find fascinating about true crime, and the media I consume dives into those gray areas.

I wouldn’t say that I’m a true crime junkie. But, I’ve always been fascinated by the human psyche and how we behave under ordinary and extraordinary circumstances. Much of what I’ve taken from those stories is that human error and ego has a lot to do with whether crimes are ignored, bungled, or solved. So much of what is considered “criminal” in the US is viewed through the lens of white supremacy, patriarchy, society, etc. That’s what I find fascinating about true crime, and the media I consume dives into those gray areas.

Kelly: I’d be remiss not to mention The Writer’s Bone podcast, which I occasionally co-host with Daniel Ford. I read a wide range of genres because I like to mix things up. I find inspiration and craft lessons in other people’s work. I typically switch off between various genres of fiction and then hit up some history and nonfiction. Plus, I’m a huge fan of HBO Documentaries and basically all the bingeable shows that people talk about on Twitter.

Q. Are you working on any new books that we should look out for?

Kelly: I’m currently in the developmental edit phase for my third book, tentatively titled THE HUNT. Of course, things can change significantly in this phase of editing, but the gist is that a small town stands divided as the local classic rock station prepares to host its first post-Covid Hunt for the Golden Egg scavenger hunt. Self-proclaimed “Eggheads” ready themselves for the largest payout ever, while anti-Eggheads rally against the Hunt and brace for the return of The Hunter, the alleged serial killer who has been using the Hunt as their killing ground for years.

Q. Real Bad Things features queer characters in small (and less accepting) towns. How does this compare to your own experience? Is there any advice you would give to young people stuck in similar situations to that of your protagonists?

Kelly: I didn’t even realize I was queer until my mid-twenties when I had already moved to Boston. And I moved too often in my youth to become entrenched in small town life. Still, like so many queer youth express of their own towns, I felt like an outsider, but it also enabled me to watch and listen to others. I became an observer of small-town life. And in some ways, that felt more comfortable to me. The world is incredibly cruel to queer youth at the moment, especially trans youth. I don’t know what I could say to them right now that I would’ve been able to hear back then if I were in a similar situation. Teenage years can feel hopeless. But I hope they find themselves in books and TV and film. I hope they find stories that sweep them away. I hope they can find the strength to live through tough times and come out okay.

Q. Which one of your characters do you relate to the most and why?

Kelly: All of my characters come from my brain despite being bits and pieces of so many things I’ve experienced and overheard and read, so I guess you could say I relate to most of them, even the “real bad” ones. My brain is full of characters chattering all the time. 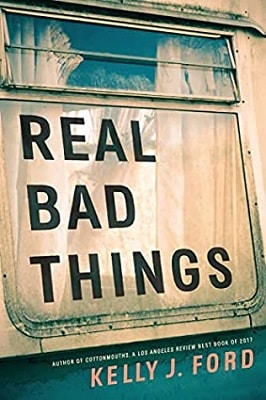 Beneath the roiling waters of the Arkansas River lie dead men and buried secrets.

When Jane Mooney’s violent stepfather, Warren, disappeared, most folks in Maud Bottoms, Arkansas, assumed he got drunk and drowned. After all, the river had claimed its share over the years.

When Jane confessed to his murder, she should have gone to jail. That’s what she wanted. But without a body, the police didn’t charge her with the crime. So Jane left for Boston—and took her secrets with her.

Twenty-five years later, the river floods and a body surfaces. Talk of Warren’s murder grips the town. Now in her forties, Jane returns to Maud Bottoms to reckon with her past: to do jail time, to face her revenge-bent mother, to make things right.

But though Jane’s homecoming may enlighten some, it could threaten others. Because in this desolate river valley, some secrets are better left undisturbed.