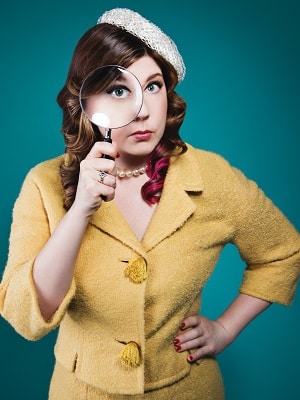 Maureen Johnson is the New York Times and USA Today bestselling author of more than a dozen young adult novels, including the Truly Devious series, the Shades of London series, Suite Scarlett, and 13 Little Blue Envelopes. Her collaborative books include Ghosts of the Shadow Market (with Cassandra Clare), as well as Let It Snow (with John Green and Lauren Myracle), which was also a recent hit feature film on Netflix.

Q. The Truly Devious series is now on book number 4 with the arrival of The Box in the Woods. What do fans get out of the latest?

Maureen: The Box in the Woods is Stevie’s first case after the events of Truly Devious. She’s established herself as a detective, and she has attracted the interest of someone who bought Camp Wonder Falls. This is the site of an infamous quadruple homicide called the Box in the Woods murders—and the owner wants to make a true crime show about it. He thinks with Stevie’s help, he could open up the case and gain interest.

The details are grim: in the summer of 1978, four camp counselors went out in the woods one night. In the morning, one of them was found dead on the path leading out of the woods, near the camp. The other three were eventually found in a box out in the woods. The murders were never solved, though theories abound. The most popular is that they were committed by a serial killer operating in the area called The Woodsman. But there are problems with every theory.

When Stevie and her friends arrive, it seems like this will be a pleasant summer of outdoor activities (not that Stevie likes those—she is generally against them) and researching a famous cold case. But the case is not so cold. The quiet town of Barlow Corners, where the camp is located, has some deep and dark secrets. Things immediately start to go wrong, and Stevie’s life is on the line.

Q. Besides being very, very funny (Harlan Coben’s words, not mine) your books can also be spine-tingling. What inspired the chilling figure of the Woodsman?

Maureen: The Box in the Woods murders take place in 1978. The 70s, as every true crime follower knows, were a heyday for serial killers. The Woodsman isn’t modeled on any of them specifically. There are elements of a few cases in here. The terrifying truth is—there are a lot to draw from.

Q. USA Today favorably compared Stevie Bell to Hercule Poirot or Nancy Drew. In what way is Stevie unique to the other great sleuths who have come before?

Maureen: Stevie is young, like Nancy. She’s both over and under confident. She’s often not so great with relationships, which is often a trait of detectives hyperfocused on a case. She deals with anxiety. And she has the internet—that helps a lot.

Q. Before making it as a New York Times and USA Today bestselling author, you held a number of odd jobs. What were some of the most outlandish?

Maureen: As I worked my way through grad school, I would do pretty much any job I could get. My philosophy was: sure, I’ll take the job. I was a waitress at a haunted house themed restaurant. I was a fake employee for a place where they hired people to walk around to make it look like a lot of people worked there. I did a week long job in Texas where I ended up having to run from unchained tigers through the fake fog-filled corridors of a hotel. One of my more stable jobs, where I was an editor for a year or so, was with an exceptionally shady company that had no money so they cost-cut everything. They brought in cats to catch the mice. They stopped paying rent, so the landlord turned off the heat and everyone had to wear hats and coats inside. They didn’t get the IKEA kitchen installed properly, so one time it fell on my friend and she had to hold it up until we ran to help her. Those were the good times at that place. 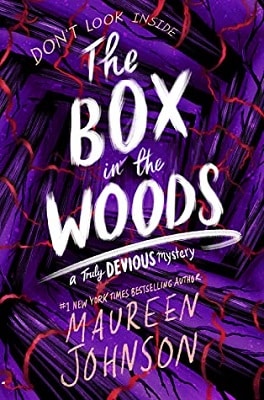 The Box in the Woods

Amateur sleuth Stevie Bell needs a good murder. After catching a killer at her high school, she’s back at home for a normal (that means boring) summer.

But then she gets a message from the owner of Sunny Pines, formerly known as Camp Wonder Falls—the site of the notorious unsolved case, the Box in the Woods Murders. Back in 1978, four camp counselors were killed in the woods outside of the town of Barlow Corners, their bodies left in a gruesome display. The new owner offers Stevie an invitation: Come to the camp and help him work on a true crime podcast about the case.

Stevie agrees, as long as she can bring along her friends from Ellingham Academy. Nothing sounds better than a summer spent together, investigating old murders.

But something evil still lurks in Barlow Corners. When Stevie opens the lid on this long-dormant case, she gets much more than she bargained for. The Box in the Woods will make room for more victims. This time, Stevie may not make it out alive. 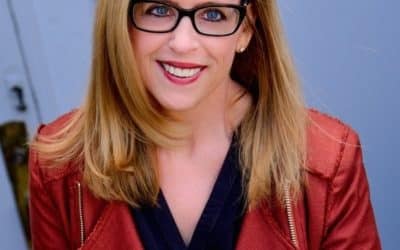 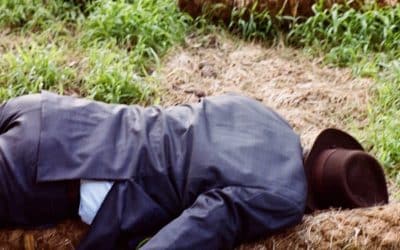 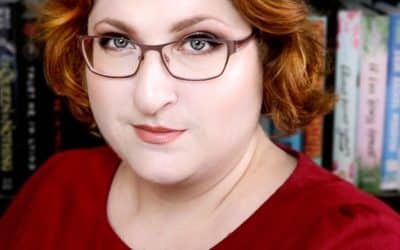 The YA thriller author on THE IVIES, authortube, messy girls, and more