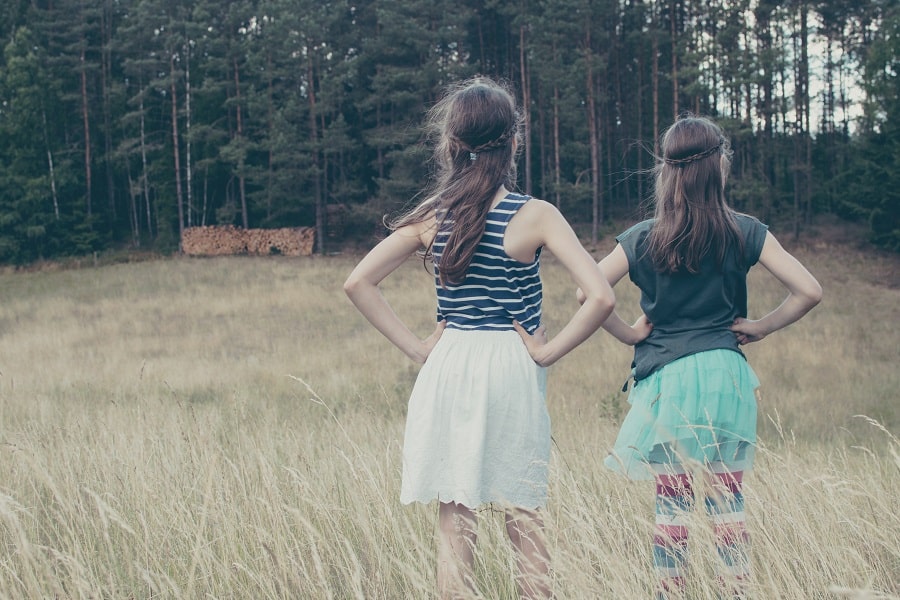 Mystery fiction is rich with amateur detectives. But because the protagonists of middle grade books are usually too young for high school, let alone for a job, the sleuths of MG mysteries tend to be amateurs only.

And the ones who don’t fit the Nancy Drew/Hardy Boys mold aren’t just amateurs—they are accidental sleuths. They’re kids who are just learning how to navigate the adult world when they stumble upon a secret, and who have to use whatever tools they possess in order to uncover the truth. This makes for plenty of unconventional mystery plots—and for some of the most out-of-place, original, inventive, and likeable sleuths anywhere. 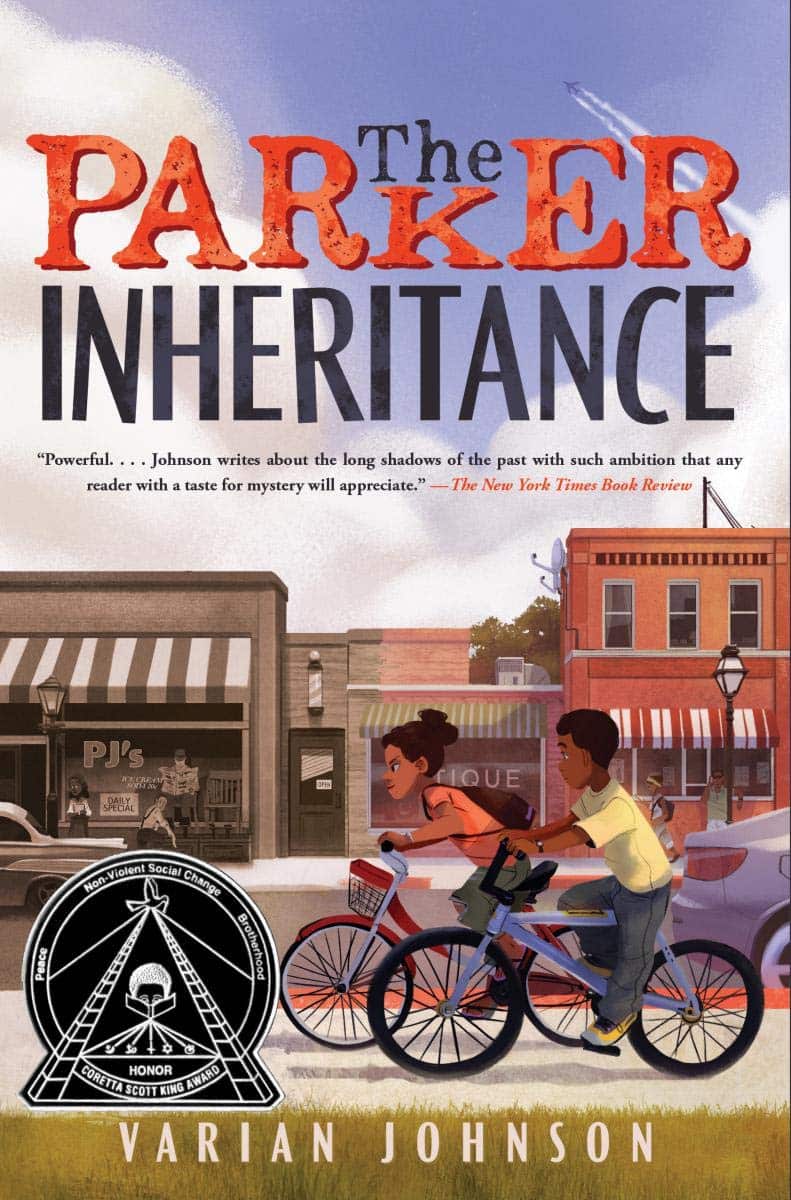 Twelve-year-old Candice is a kid without much power, even over her own life. Her parents are going through a rocky divorce, and she’s been pulled away from home to live in her deceased grandmother’s house in a strange new town. But when she discovers a letter waiting for her among her grandma’s things, Candice proves she can confront secrets even bigger than the ones her parents are keeping. Using the classic MG mystery The Westing Game as a Rosetta stone, Candice and her book-loving neighbor, Brandon, set out to solve a puzzle that leads them deeper and deeper into the racist history of their South Carolina town. Where the grown-ups around them have failed to uncover these secrets—or refused to try, preferring to avoid scandal and make excuses for the past—Candice and Brandon demand better. The mystery of The Parker Inheritance is complex enough to keep readers of any age tearing through the pages, but when the whole truth comes to light at last, it’s because the kids have brought it there. 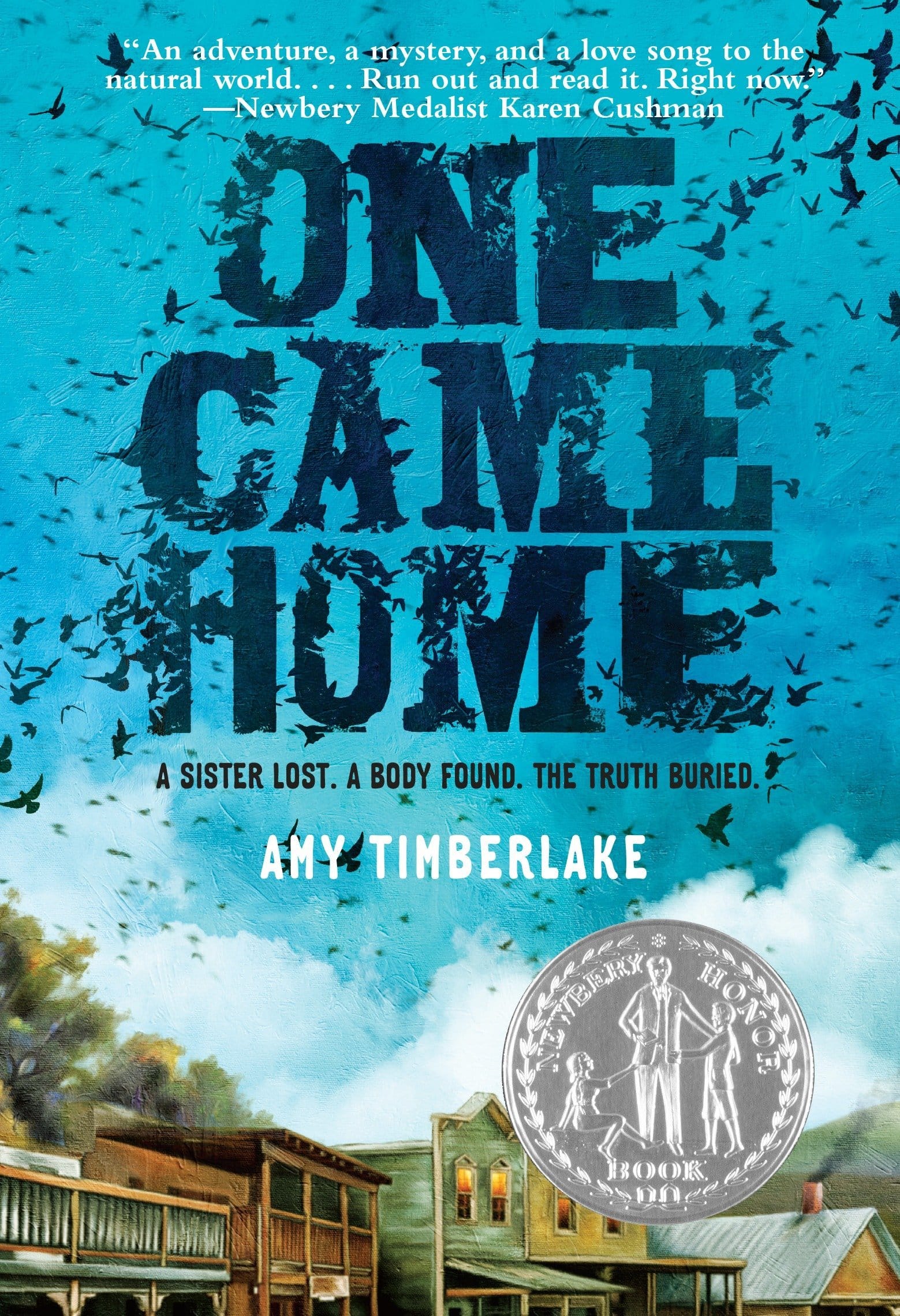 In rural Wisconsin in 1871, during the passenger pigeon migrations and the waves of mass slaughter that followed the birds everywhere, eighteen-year-old Agatha Burkhardt runs off with a group of hunters. Two weeks later, a mangled corpse wrapped in Agatha’s gown is brought back home. Everyone begins to grieve—except for Georgie, Agatha’s thirteen-year-old sister. With a rifle and a borrowed mule, Georgie sets out to learn what happened to the sister who she refuses to believe is dead. Georgie is unworldly, obstinate, honest, self-reliant; a steely mixture of strengths and flaws. Because she’s a girl—a girl in the nineteenth century, no less—she isn’t seen as a threat, even by those who have good reason to fear her (and who would know it, if they’d ever seen her use that rifle). As she tells us herself, “Though men rarely take someone of my age or stature seriously, they will be taken by surprise.” But Georgie’s no vigilante. She chooses caution over cruelty, forgiveness over revenge. Georgie is the perfect hero for her story—not just because of the truths she uncovers, but because of the person she is choosing to become.

Mason Buttle in THE TRUTH AS TOLD BY MASON BUTTLE
Leslie Connor, 2018 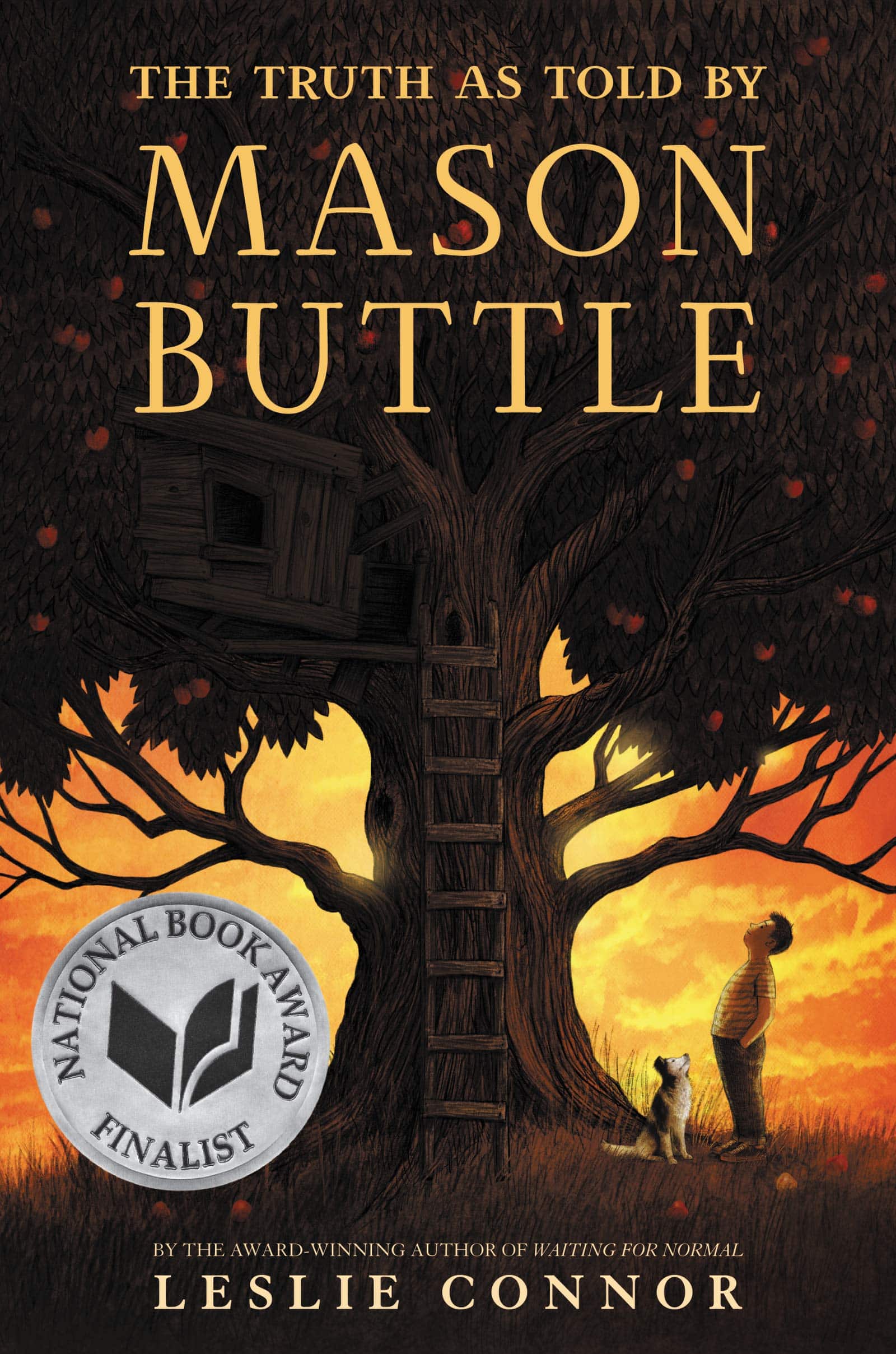 Mason Buttle is the biggest, sweatiest kid in seventh grade. He can barely read or write, and when he’s overwhelmed, his mind fills with colors that fog his thoughts. On top of all that, Mason’s only real friend, Benny, died mysteriously one year ago on Mason’s property, and local police are still pressing Mason to tell them the whole story. With the support of a special ed teacher and a new friend, Mason begins to put his memories into words—but large pieces of the puzzle are still missing. Unlike most sleuths, even the amateur ones, Mason doesn’t search for them. He is a kid who believes the best of everyone, and who has too many troubles of his own to look for more. He just goes on loyally caring for the things he loves—his friend, his home, his neighbor’s dog—and that’s what he’s doing when he uncovers the biggest secret of all. The Truth As Told By Mason Buttle is a masterpiece of characterization, its first-person narration pulling us straight into Mason’s unusual mind and heart. And the slow reveal of the truth, all through Mason’s unique lens, is almost Hitchcockian—but with a sweetness and depth of feeling that make it completely its own.

Theodora Tenpenny in UNDER THE EGG
Laura Marx Fitzgerald, 2014 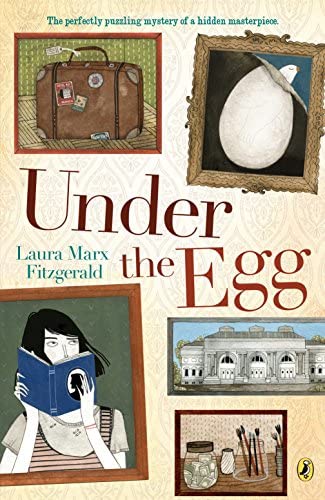 If Wes Anderson ever made an MG mystery film, it might be this one: Thirteen-year-old Theodora lives in the crumbling Greenwich Village townhouse that has belonged to her family for generations. Her mathematician mother has withdrawn into her own mind, and her painter grandfather recently died, leaving Theo alone with a few hundred dollars, an avalanche of unpaid bills, and the cryptic message, “Look under the egg.” When an accident uncovers a masterpiece hidden under one of her grandpa’s canvases, Theo begins to unravel a mystery that winds from the masters of the Italian Renaissance to the Nazi prison camps of WWII. Theo’s life of bohemian poverty has made her self-reliant and creative—a great mixture for an amateur art sleuth. She is also a true child of New York City, and her resources are a broke city kid’s resources: vast libraries and the Met Museum, movie star offspring and street cart vendors. Though the adults she meets sometimes don’t give her enough credit (Theo knows more about art history than most people three times her age), a few of them treat her with surprising kindness. Theo’s youth, hunger, and loneliness help her to make connections where she didn’t expect them, and it’s those connections that guide her to the truth. As the world around her opens up, Theo discovers not just a long-lost painting, but a community waiting to draw her in. 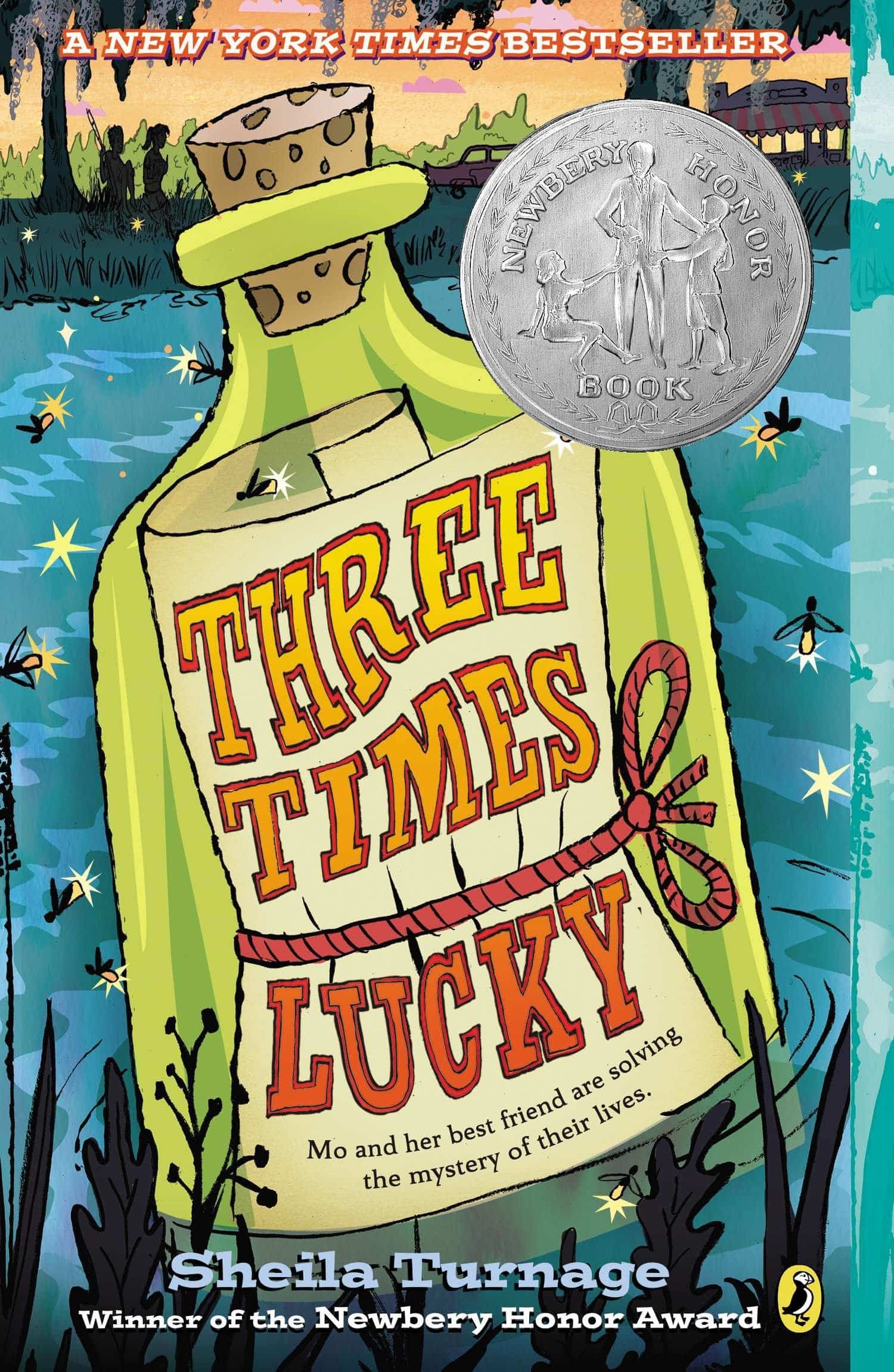 Rising sixth grader Mo LoBeau—named after the biblical Moses—was fished from a flood as a newborn and raised among the eccentric people of Tupelo Landing, North Carolina. When a murder shakes the tiny town, big city detective Joe Starr struggles to unpick the truth from the web of local gossip—but it’s not a struggle for Mo, who has an insider’s edge and a keen ear, having been the subject of plenty of gossip herself. Like she tells us, “I hear whispers the way a knife-thrower’s assistant hears knives.” Mo’s observations of the small Southern town around her—cinderblock cafés and catfish swamps, racecar driving heartthrobs and dangerous drunks—have an eleven-year-old’s honesty and her own distinctive, hilarious voice. Even if a professional detective could manage to solve the mystery that engulfs Mo’s family, they wouldn’t do it with such charm.

Jacqueline West’s most recent middle grade novel, the mystery/ghost story Long Lost (Greenwillow/HarperCollins, May 2021), is both a Junior Library Guild Selection and a Indie Next List pick. Her other work for young readers includes the New York Times bestselling series The Books of Elsewhere, the quirky mystery/mystery-writing guide The Story Pirates Present: Digging Up Danger, and the YA horror novel Last Things. Visit her online at jacquelinewest.com or find her on Twitter at @JacquelineMWest. 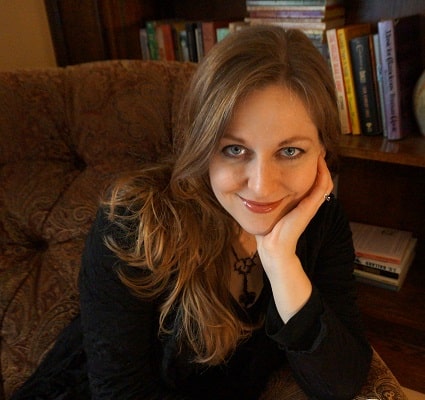