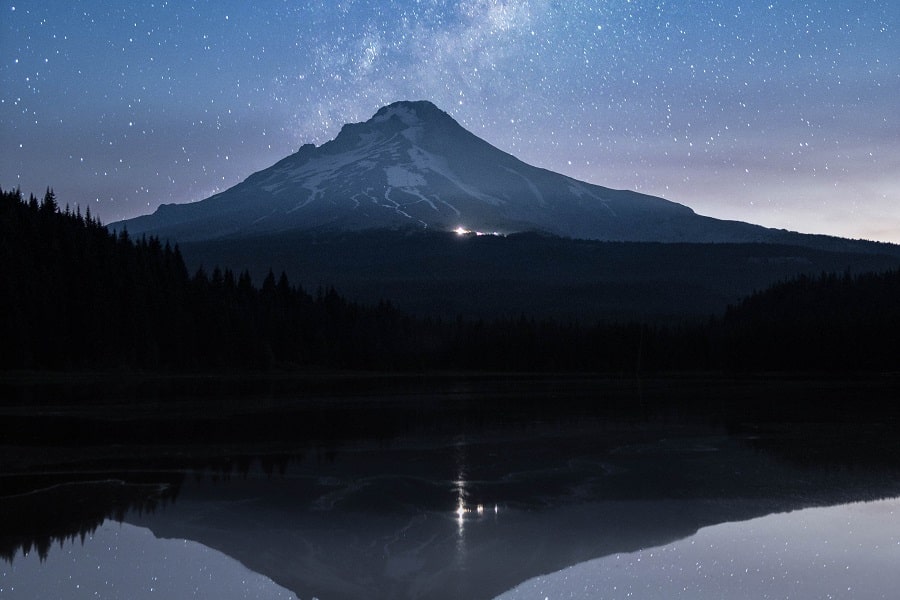 How Landscape Propels the Mystery

“Mount Poe stood like a snowy sentinel against an obsidian canvas. Jagged ridges stretched skyward, slicing through the stars and leaving a white, lifeless void across the cosmos. The sheer mass of the mountain was daunting, ancestral in its towering silence. And though it exuded immense size and strength, I noticed its delicate southern face shift under the slightest breeze, a curtain of snow spilling down the ridge toward the northern shore of Lake Adamant. And there it was, a small cabin wedged between the fangs and maw of the mountain.”

Let’s talk about landscape. First, let’s talk about how landscape has the innate ability to help propel the dread, the unease, and the impending doom of a mystery, thriller, horror, and/or suspense novel.

A story’s terrain is just as important as its characters. Take the passage above. The key takeaway from the paragraph is so simple – it’s about a man observing the mountain he is about to climb. We might simply have read:

“I looked up at the mountain, and it was daunting.”

Instead, the landscape has been given its own personality… its own evil.

First off, it’s not just another mountain – it’s Mount Poe. It’s been given a name, an identity linked to one of the darkest writers in literature. Second, we know the mountain is not going to be easy to climb – it is jagged, it slices through the stars, and it’s so big that it blots out the cosmos. Third, there is an inherent danger associated with climbing the mountain – the slightest breeze causes avalanches; if our protagonist isn’t careful, Poe will bury him (and us). Finally, Mount Poe has been given a face, or at least, the scariest aspect of a face – the cabin is located “between the fangs and maw of the mountain.” If our hero wants to get inside the cabin, he’s literally going to have to be consumed by the mountain.

I sure as heck wouldn’t want to climb Mount Poe. Would you?

I like to think of landscape as a three-dimensional painting. As readers, we haven’t just viewed a painting of Mount Poe. Sure, it’s the main focus in the foreground, but we’ve also been provided with clues as to the rest of this three-dimensional world we’re immersed in. We’ve established that the sky is the color of obsidian, so maybe it’s close to midnight. Our world is snowy and probably very, very cold. The snow spills down toward a lake that has also been depicted as stubborn and as unyielding as its name, Lake Adamant.

This passage spans just a speck in time. As we read it, however, we take that singular moment, and we milk the impending evil out of it. In six simple sentences, we are thrown into the cold shadow of Mount Poe, and the writer has dared us to continue up the mountain. The question is, are we brave enough to climb?

Let’s look at another example from Tana French’s latest mystery, The Searcher:

“The sky, dappled in subtle gradations of gray, goes on forever; so do the fields, coded in shades of green by their different uses, divided up by sprawling hedges, dry-stone walls and the odd narrow back road. Away to the north, a line of low mountains rolls along the horizon. Cal’s eyes are still getting used to looking this far, after all those years of city blocks. Landscape is one of the few things he knows of where the reality doesn’t let you down. The air is rich as fruitcake, like you should do more with it than just breathe it; bite off a big mouthful, maybe, or rub handfuls of it over your face.”

Take a moment to stop and think about how you are feeling after reading this passage.

In this example, we are not meant to feel dread or impending danger. We are simply examining a new and unfamiliar world through the protagonist’s eyes.

We are presented with a specific color palette: stark grays, subtle greens, and dusty browns. We see “sprawling hedges, dry-stone walls and the odd narrow back road,” indicating that wherever we are, the landscape has been here long before us and will remain long after we are gone. There is a history tied to this place; it is primitive, but it thrives in its simplicity. There is some elevation in the distance, but for the most part, we are in a flat country, and we can see for miles all around. The “rich as fruitcake” air is thick and sweet and instills a sense of childish nostalgia.

I feel very alone after reading this passage. I feel isolated, but I feel at peace. I am enjoying my solitude, and I believe so is the protagonist. What mysteries await him in his tranquil new home? Well, we will have to read on to find out!

Landscape can be an exceptionally powerful tool to propel the trajectory of a mystery. Next time you’re out of the house, stop and look around. Make notes of what you see, smell, hear, and even taste. Think about how it makes you feel. The earth provides such an abundant pool of inspiration, and in my opinion, it’s meant to be explored. Readers long to escape reality and venture to new worlds, and good writers have the unique ability to make it happen.

Stephen King says it best in his 1989 thriller, The Dark Half:

“Writers invite ghosts, maybe; they are the only accepted mediums of our society. They make worlds that never were, populate them with people who never existed, and then invite us to join them in their fantasies. And we do it, don’t we? Yes. We PAY them to do it.”

AUTHOR’S RECOMMENDATION: To delve deeper into how language centered on landscape can help shape our sense of place, check out Landmarks by Robert McFarlane.

Nicholas Holloway is a mystery author based in Texas. His debut novel, The Loop, won the 2020 Book Excellence Award for Suspense Fiction and was a finalist at the 2020 International Book Awards. His sophomore novel, Three Houses on a Hill, won the coveted 2020 Killer Nashville Claymore Award. He earned his master’s degree from the MFA Screenwriting Program at California State University Fullerton. An avid traveler and nature enthusiast, Nick garners a love of dynamic landscapes and believes a story’s terrain is just as important as its characters. 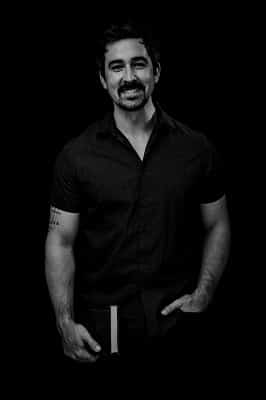