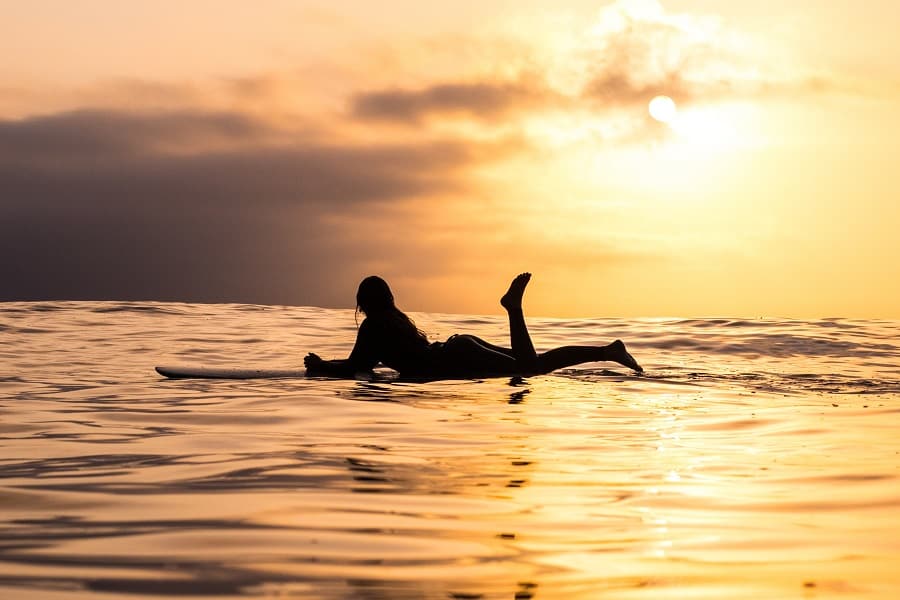 The mystery and suspense of surfing
Michael Mazza

We all know the great stories at Sea: Stephen Crane’s The Open Boat, Melville’s classic Moby Dick, Defoe’s Robison Crusoe. All full of suspense and mystery, epic in scope, but what stories emerge when the Sea meets Sport?

To the landlubber, the sport invites mystery. But perhaps no greater mystery than to surfers themselves.

Where all sports have rules and parameters: a designated field or course, track, lane, rink, ring, pool, court, or slope, surfing is at the mercy of ever-shifting water dynamics. Imagine your field of play changing by the second. There you are on in the lineup bobbing many yards offshore, the competition clock clicking down, squinting at a warping horizon, wondering if the waves coming in are ridable or crumbling junk? Which surfer will nab the best of the set? Will the surfer choose the wave or the wave the surfer?

Surfers are an interesting breed, misunderstood, portrayed by the media in cut-paper cliches, Jeff Spicoli characters, stoned, inarticulate, and unmotivated. In reality, the sport embraces the entire socio-economic spectrum, including lawyers, physicians, and a Pulitzer Prize-winning author (more on him later). Those who paddle out every day are athletes. Try digging against tons of seawater, waves hammering you back, just to get to the lineup.

One can’t call themselves a Surfer unless they’re all in. It’s a lifestyle, insular and protective, social yet solitary, and at the soul of it, a way of life as foreign and mysterious to most Americans as aliens at Area 51. Surfers are a serious bunch with a monk-like reverence for the ocean. Saltwater runs through their veins. Days don’t go by without viewing morning surf cams or studying tide, wind, and weather reports with scientific zeal hoping for swells. Their bodies dull when the waves closeout or the ocean goes flat. No waves equal no surfing, the sum of which makes for addictive jitters. Surfers will travel the world to get a fix. And should one question their dedication, the surfer will get up before dawn and brave icy water until their hands go numb, barely being able to move their fingers onshore as they strip their wetsuits. For surfers, riding the perfect wave is a religious experience. And for some, a way to chase away the darkness. The hiss and power beneath you, the oneness with nature, the clarity of being swept into the here and now is what surfers live for. But like kids, catching a wave is hard to imagine until you’ve experienced one.

From surf-life come stories of suspense: the hold downs, rag-dolling under tons of seawater not knowing which way is up, a wipeout where a scuttled board blasts back, knocking you unconscious, some kook’s fin slicing a bloody gash in another’s thigh—or discovering a secret wave and protecting its whereabouts like a presidential bunker. Let me be clear. I’ve surfed. I am not a surfer. I’ve learned the sport’s nuances, however, as a decade-long surf Dad, shuttling my son up and down the California Coast to his contests. But more so, surfing with him when he was a grom (surf parlance for a young rider). I remember our first time out together. August in Northern California, the morning sky a spooky scrim of marine gray, the distant harbor bell, sitting on a longboard 50-yards offshore, when a sealion jutted from the murk three-feet away and barked at me like I was a home intruder. My heart landed somewhere onshore. To put the incident in perspective, pinnipeds are a food source for well, bigger predators, which brings us to the sport’s ultimate mystery.

What lurks below the surface?

Where most surfers are in shark denial, for the rest of us, the thought of a great white blasting up from the depths to chomp you in half is chilling. Of course, many sports have an element of danger. Racing with its highspeed crashes and engine fires. Bull Riding with its bone fractures and head injuries. Boxing, being punched into a coma. Base jumping. Yeah, base jumping. None, however, where you can be eaten alive, which brought no comfort as the parent of a son who recalled an incident waiting for a wave as a huge gray fin cruised by a broomstick’s length away. Did I mention rip currents, leash tangles, getting slammed to the seafloor where rocks await a human skull? And in the tropics, volcanic reefs where a mere four feet beneath you, say in Hawaii, lay a bed of razor blades. Or Tahiti, where a storied break called Teahupoʻo can flay you raw.

Of course, there’s surfing. And then there’s Big Wave surfing.

Waves that can capsize a boat. Where anyone witnessing these behemoths would run for high ground, big wave surfers hightail it into the cannoning waves hoping to ride Neptune’s fist—countless tons of seawater that will deliver you to nirvana or hold you down until your lungs burst. Their names inspire fear: Dungeons in Cape Town, South Africa, Cyclops in Western Australia, Ghost Trees, off Monterey, California. And just south of San Francisco, Mavericks one of the biggest deadliest waves on the planet, a break, which my son, now a young man, tests his mettle. For a parent, not the kind of mystery and suspense one likes to entertain. Seasoned pros have died at Mavericks. Let’s leave it there.

Unfortunately, there’s a dearth of great surf fiction. Except for Kem Nunn’s National Book Award Finalist, Tapping the Source, and his novel The Dogs of Winter, the shelves are, for the most part, bare. The authors who live the sport are the ones who get it right. Though a superb writer, reviewers bemoaned Paul Theroux’s recent novel Under the Wave at Waimea, claiming it missed the mark, falling into surf cliches. Still, it’s worth a read. Flipping hemispheres, look Down Under to the Aussie novelists, whose national sport of surfing is equivalent to American Baseball. Tim Winton’s coming-of-age novel, Breath, will knock you back with its tension and dazzling prose. Non-fiction, on the other hand, holds a trove of harrowing adventures. With standout—William Finnegan’s non-fiction Pulitzer Prize-winning tome, Barbarian Days—you’ll find many others: Peter Heller’s Kook, Paul Wilson’s Bad Karma, and Soul Surfer by Bethany Hamilton—the heroic young woman who suffered a brutal shark attack and got back on her board.

I close with a wish that you enjoy these books, and may I offer one last recommendation picked up from surfers over the years: if you plan to start surfing, don’t.

Michael Mazza is a San Francisco Bay Area fiction writer and the author of the women’s surf adventure novel That Crazy Perfect Someday. His stories have appeared in Other Voices, Words, TINGE, Blue Mesa Review, ZYZZYVA, and BULL: Men’s Fiction. When not pecking at a keyboard, he enjoys a career as an internationally acclaimed creative director working in the advertising industry.

Discover more at mazzastory.com and Goodreads. 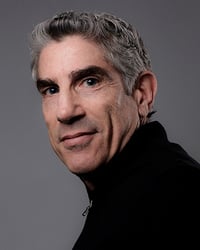 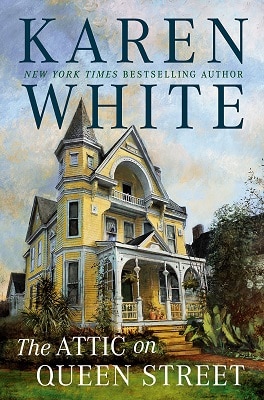