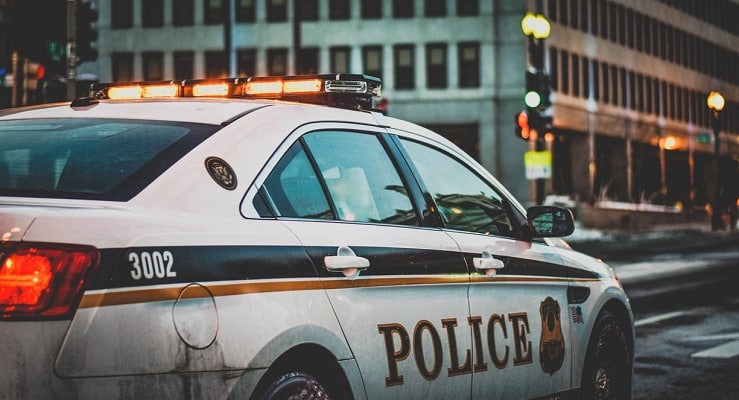 Ten police procedural clichés that should be locked up

Working within crime fiction conventions is a great idea. It’s how you deliver a story your readers want to read or see. And in the police procedural that means, at its core, two things. Ready? One, police. Two, procedure.

But things can quickly get out of hand when writers don’t spend enough time pushing out from the central ‘safety zone’ of the genre conventions. That’s when we end up with tropes and clichés. Like these bad boys and girls. (I include them all out of love. And admit to having used a few myself.)

Policing’s a stressful job, no doubt about it. But not so stressful that every single cop hits the bottle the moment they get home from work. I get it, we need our lead characters to have flaws.

But the booze-soaked cop has been done to death, possibly from cirrhosis. I always liked the way the CSI writers gave character Warrick Brown a gambling addiction instead.

Morse had his Jaguar Mark 2. Bergerac his Triumph Roadster 2000. Magnum P.I., his Ferrari 308 GTS. Gene Hunt in Life on Mars ordered his sidekick to ‘fire up the Quattro’. Dave Starsky had his Ford Gran Torino with that paintjob. The original series of The Bridge’s Saga Norén has a sludge-coloured Porsche 911. Rebus has his beat-up Saab 900.

I blame Steve McQueen as Frank Bullitt. If only he’d chosen a Buick instead of that Mustang GT Fastback…

Harry Bosch loves a bit of ’Trane. Nothing wrong with that. But listening to jazz has become a shorthand for a character’s ‘interesting’ side. Yes, at work they’re a hotshot homicide honcho, bringing in, or down, the bad guys with a smack in the mouth or a slug from a forty-five. But at home, they switch on their valve-driven hifi and put on some Mingus, Miles, or Marsalis.

Enough, already with the jazz! How about some Hendrix, Sex Pistols or Red Hot Chilli Peppers.

She draws. She shoots. The villain returns fire. She’s hit! Grimacing, she clamps a hand to her bicep then clambers to her feet and charges off in hot pursuit. Which is fine, because it’s a ‘through and through.’

Now, mercifully, I have never been shot. But I’ve done my research. Pistol rounds create wound cavities. Smash bones. Blood goes everywhere. And… They. Hurt. Like. Hell. Don’t even get me started on rifle rounds.

Yes, police marriages don’t always survive. But people don’t marry cops thinking that their spouse will be home in time for tea Monday to Friday, chilled and chatty and with nothing more pressing than wondering where they left their stapler.

Cop marriages can be as strong as anybody else’s. It’s one of the ways the really stressed-out ones cope.

Bones, I’m looking at you. An autopsy suite on a raised platform made of Plexiglass and thin rods of brushed aluminium. Of course! Because that’s exactly how you’d design a facility for dissecting putrefying, burnt and otherwise revoltingly damaged dead bodies.

Oh, and by the way, labs take ages to get results. It’s not something that they just run up while the lead cop goes off for a latte and a cruller.

From my chats with current and former cops, I am fairly confident in asserting that CID offices are not filled with the latest iMacs. Nor equipped with whizzy, touchscreen devices for displaying exhibits in suspect interviews.

Expect beaten up grey metal filing cabinets with sticking drawers. Scale-encrusted kettles. Wonky desks from which the binding strips of veneer are peeling.

8. Talking instead of shooting

In the UK, AFOs (authorised firearms officers) are trained to contain, and, if necessary, shoot with deadly accuracy, people who otherwise would inflict great harm. You get one warning. ‘Drop your weapon.’ If you don’t, they shoot you dead. Seven times in the head if they think you’re wearing a suicide vest, so you don’t trigger it in your death throes. This is a safety precaution to prevent mass loss of life and not, as one Twitter user I saw put it, ‘far too much unnecessary force’.

What the cops don’t do is try to reason with you, or allow you time to develop your monologue.

9. The row with the superior

Our cop is a maverick. He, or more rarely, she, gets results by bending the rules, or even breaking the rules’ arms in a door and then kicking them down a stairwell. But there’s a problem. Their time-serving, stickler-for-the-rules, greasy pole-climbing bureaucrat of a boss.  ‘Don’t bring me hunches, Chris. I can’t take a hunch to the DA,’ ‘Yeah, well, maybe you’ve been sitting behind a desk too long.’ ‘Maybe you should take a look at the nameplate on my office door.’

Why not make the boss a mentor? Or have our protagonist be happily married but consoling the boss over their own imploding marriage?

If you were running a complex, multi-stranded project involving hundreds of people and dozens of different but interconnected lines of enquiry, what tool would you use to record everything? Asana? Trello? Excel? I bet it’d be on a PC, whatever you chose. Or how about… a whiteboard? Or a big old corkboard with lots of bits of paper thumbtacked  to it and joined up with red string? Yeah. That’d work.

(Incidentally, my take on the red string? It harks back to the myth of Theseus and the Minotaur. Ariadne gave Greek hero a ball of red thread to guide him back out of the labyrinth.)

‘There’s something you’re not telling me’

Odd, though, isn’t it, that despite the fact everyone knows and recognises these devices for what they are, they keep cropping up in our favourite books, TV shows and movies, from True Detective to Silent Witness to Law and Order. It’s because they work.

Pushed a little out of their regular shape, they offer the writers and their readers/viewers everything they require for a truly engrossing story. Because let’s remember, that’s what people want. What they’re prepared to pay their Netflix subscription for, or their Amazon Prime membership or the total on the till at their local bookstore.

Yes, actual policework might be four fifths paperwork and one fifth talking. Anyone over the rank of sergeant is unlikely to be doing anything except for sitting behind a desk. And guns stay holstered 99% of the time. But where’s the fun in that? 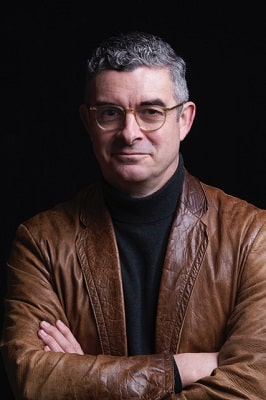 Andy Maslen is the creator of three crime series. His latest book, Shallow Ground, published by Thomas & Mercer, is the first in a new series of police procedurals starring Detective Ford. The series is set in his adopted home city of Salisbury, UK.

He’s worked as a delivery driver, a cook in an Italian restaurant and, for most of his career before turning to fiction full-time, a marketing copywriter. He lives in Salisbury with his wife, two sons and a whippet named Merlin.

Join his readers’ group at www.andymaslen.com