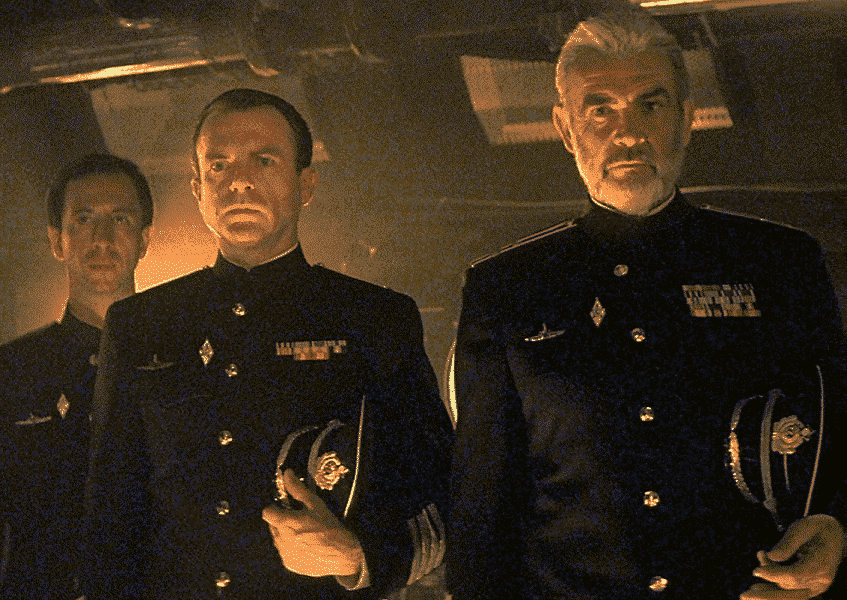 The best political thrillers that were books before they were films

Comparing and ranking the best political thriller books-to-movies is difficult as the political underpinnings may vary considerably and there is not a well-defined set of metrics to enable comparisons so any ranking is highly subjective. In addition, many of the most popular political thriller movies were not based on books, but rather screen plays, essays and magazine articles, so did not qualify for this evaluation. As a result, this article takes a fresh approach and explores a framework to explore sub-genres within the political thriller genre and discuss some compelling examples of the best cinematic contributions in each.

Due to the rich and diverse content within the political thriller genre, a wide-variety of political focuses and styles are represented. Sub-genres could include: social justice – Grapes of Wrath, assassination conspiracies – JFK and The Day of the Jackal, cold war era conflicts – Hunt for Red October and Manchurian Candidate, comedy/drama – Primary Colors and Mr. Smith Goes to Washington, political science fiction – 1984, investigative journalism –All the President’s Men and Kill the Messenger. Of course, many other sub-genres are possible, but for the purpose of this article, the discussion will be limited to the aforementioned categories.

Below, the author describes his own personal choices of the best political thriller movies for each of the above sub-genres. 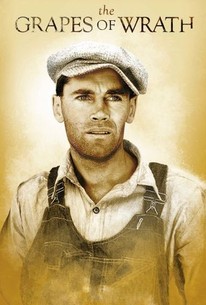 The Grapes of Wrath

The Grapes of Wrath, a 1940 compelling American social-political drama, was based on John Steinbeck’s 1939 Pulitzer Prize-winning novel. The story follows the struggles of an Oklahoma family caught up in the dustbowl of the 1930’s that unjustly loses their farm in the Great Depression. They flee Oklahoma and travel west to the expected paradise of California only to find social injustice as exploited migrant workers forced to work in deplorable conditions. At the end of the story, the main character begins a quest to seek social justice. The book has a powerful central theme of people uniting together for the common good to fight exploitation that forces the reader to give pause. The movie garnered two Academy Awards. 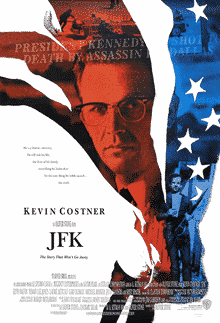 JFK, a winner of two Academy Awards and produced by Oliver Stone, offered a controversial assassination conspiracy theory in a 1991 release to explain the events surrounding the assassination of President Kennedy. The movie was based upon two novels: On the Trail of Assassins by Jim Garrison and Crossfire: The Plot That Killed Kennedy by Jim Marrs. The Warren Commission findings are rebuked and the plot suggests a vast assassination conspiracy involving multiple branches of government and organized crime. Those themes are not new, but Oliver Stone fashioned them together in a very interesting and forceful presentation. The Day of the Jackal, a 1973 film based upon Frederick Forsyth’s novel, tells the story of a professional assassin hired to kill President Charles de Gaulle of France by members of an underground organization upset with France’s decision to grant independence to Algeria. The characters are well-defined, and the exciting and intricate plot winds through London, Italy, Paris and Austria providing a very interesting and beautiful back-drop for the book and the film. 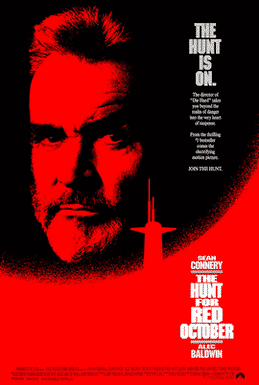 The Hunt For Red October

The Hunt for Red October and The Manchurian Candidate are both highly respected political Cold War thrillers. The 1990 film The Hunt for Red October, based on Tom Clancy’s novel, describes a Russian captain’s attempt to defect with his submarine to the United States. Clancy’s novel was written in 1984 during the Cold War, but the movie was released in 1990 after it ended and won an Academy Award. Sean Connery gave a very forceful performance as the renegade captain of the Russian submarine. The Manchurian Candidate, released in 1962  and based upon a 1959 novel by Richard Condon, describes the story of an American army platoon captured and brainwashed during the Korean War, and still able to be controlled and programmed to kill Washington politicians years later by their Soviet handlers. Fortunately, in the author’s opinion, the film adaptation was less provocative than the book as a depiction of incest involving a character played by Angela Lansbury was excluded. 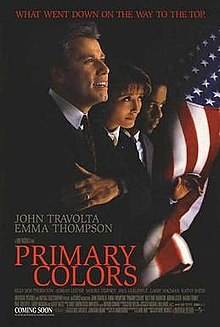 Primary Colors, a 1998 a political comedy/drama thriller produced by Mike Nichols, was based upon Bill Clinton’s 1992 campaign for President and an adaptation of the book Primary Colors: A Novel of Politics written by reporter Joe Klein who covered Clinton’s campaign. John Travolta adopted Bill Clinton’s speech and mannerisms while humorously playing a colorful U.S. presidential candidate. Mr. Smith Goes to Washington, a classic 1939 film, featured Jimmy Stewart in the lead role as a new US Senator railing against political corruption in Washington. Interestingly, the movie is an adaptation of an unpublished book The Gentleman from Montana written by Lewis Foster who won an Academy Award. 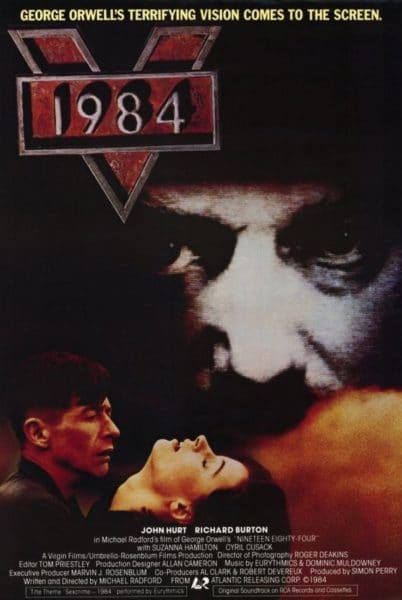 The classic political science-fiction thriller 1984 describes life in a future totalitarian society ruled by Big Brother and under watch from the Thought Police. Individual thinking is banned and group think and conformity demanded in the futuristic society. The book was  written by George Orwell in 1949 and the film adaptation appeared in late 1984. In the author’s opinion, 1984 is the best political science-fiction thriller book-to-movie; however, A Clockwork Orange, a 1971 Stanley Kubrick adaptation of a 1962 novel by Anthony Burgess, does merit consideration. 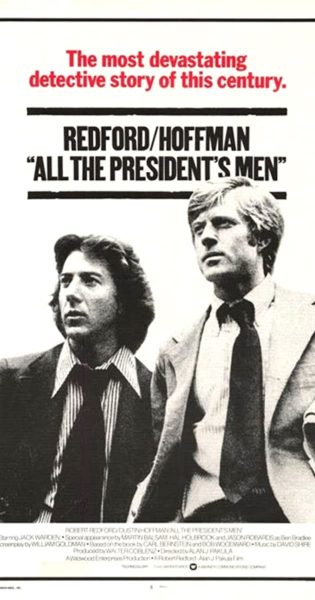 All the President’s Men

All the President’s Men and To Kill the Messenger are both investigative journalism political dramas dealing with the inter-play between the branches of government and their excesses. Bob Woodward and Carl Bernstein published All the President’s Men in 1974 and the Academy Award winning movie starring Dustin Hoffman and Robert Redford appeared in 1976. Woodward and Bernstein investigate the break-in of the Democratic National Committee Headquarters with the help of an anonymous source, referred to as Deep Throat, and are able to trace the break-in back to the Nixon Administration. The riveting adaptation heightens the suspense, especially as the reporter waits for Deep Throat in a dark parking lot. 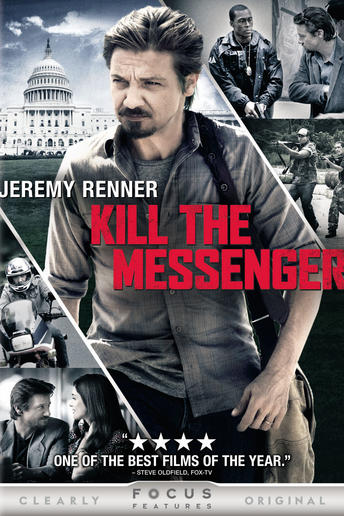 Kill the Messenger, although much less celebrated than All the President’s Men, describes the CIA’s involvement in Nicaraguan Contra cocaine trafficking in the United States. The 2014 film is based on two books: Kill the Messenger by Nick Schou and Dark Alliance by Gary Webb. The subject of Nicaraguan Contra cocaine trafficking in a “drugs for guns” scheme, was investigated by multiple governmental agencies including a Senate subcommittee, FBI and CIA. Gary Webb, an investigative journalist, wrote a series about this operation for a California newspaper despite being warned that his life could be in danger. Unfortunately, years later, Webb was found dead at his home with two gun shots to his head. Surprisingly, his death was ruled a suicide.

This article only begins the process of evaluating the best political thriller books-to-movies. Future articles could explore alternative sub-genres to complement and complete this review.

Phil Beck is the author of four thrillers in the Fastball Series. The latest : To Save the Golden-Cheeked Warbler is a crime/political thriller set in Austin, Texas. He has held leadership positions in Analytics, Finance, Maintenance and Technology at two major airlines. Previously, he taught and conducted research in academia.

He enjoys riding his bicycle and is trying to rediscover his tennis and golf games.

Phil lives in Dallas, Texas, with his family. 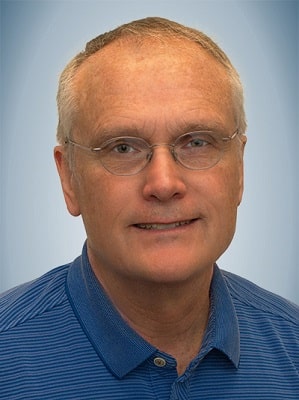 A terrorist organization is masquerading as a political movement

END_OF_DOCUMENT_TOKEN_TO_BE_REPLACED

All he wants is to sink into anonymity with his family