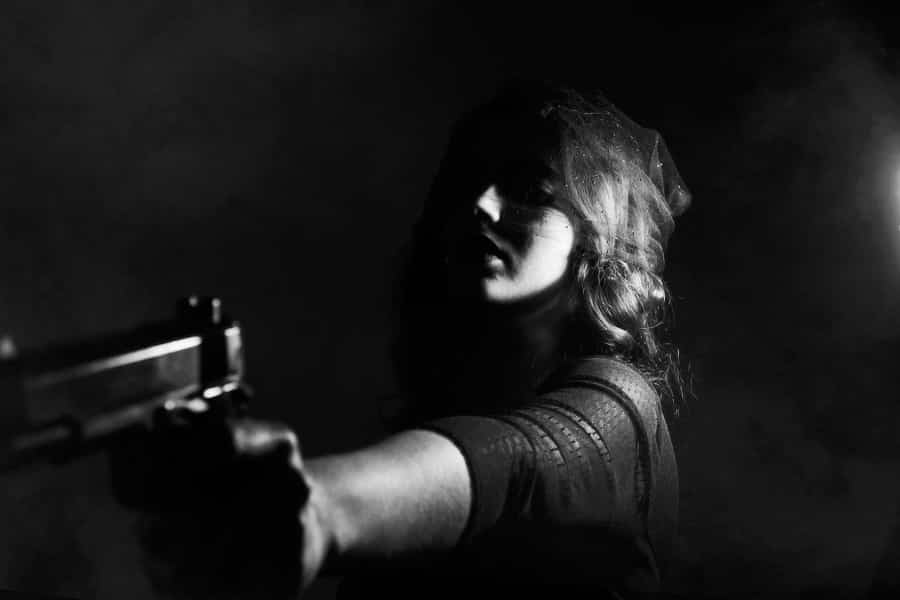 Yes, they’re pulpy, often packed with type characters and trope situations, with guns sliding across floors, and sometimes they lean towards the unintentionally humorous in their hardboiled prose. Sure, a few have transcended the genre to become “literary” and discussed in theses and college classes, but most reside firmly in the guilty pleasure department.

Detective novels: Comic books without pictures? Or valuable life lessons to guide you through this treacherous web we weave?

Stay with me as we ponder the latter.

An extremely popular self-help book published in 2004 had no private eyes in it whatsoever, not one single car chase, or a shocking twist at the end. It listed sixteen qualities one hopefully learned in kindergarten. These “uncommon thoughts” were to put you in good stead until the day they put you in a box and dropped you unceremoniously into a dark hole. But what if you were eating library paste when most of these formative lessons were meant to be gelling in your soft young brain? Fear not. Reading Spenser novels later in life can make up for life’s object lessons, according to a study by a prestigious university.*

With apologies to Robert Fulghum, author of All I Really Need to Know I Learned in Kindergarten: Uncommon Thoughts on Common Things.

Wouldn’t that be nice? But read The Maltese Falcon. Not a whole bunch of sharing going on here. Also the reason many investigators are employed in the first place, locating items that were not appropriately shared. Which is another way of saying they were taken without permission.**

Any pulp novel will confirm the only guys doing this are hardened loners who sleep in a shoulder holster. Covering a huge swath of human behavior, this rule basically says those who cheat don’t fare (which is a homonym of fair) well in the end. The jury’s still out though. But if you don’t want some gumshoe going through your garbage at night, and peering through your windows, just pay your alimony and play nice.

Unless they hit you first, usually over the head with some sort of blunt object, after which you wake up on the floor a few hours later with a mild headache which can be quickly remedied by three fingers of rye. Poured by a mysterious member of the opposite sex in a mesmerizing outfit.

4. Put things back where you found them.

And not in your pocket. Or an offshore bank account. Extension of rule number one (share everything). The only time this is allowed is when you are the PI and are re-appropriating stolen goods to help orphans. Or nuns.

And if you can’t, hire a man (or woman) in a trench coat (or pencil skirt) to assist you.

6. Don’t take things that aren’t yours.

Yet another extension of number one (share everything). Did you take something that wasn’t yours? Chances are the person it belongs to isn’t going to like that much. And will hire a humorless man in a double-breasted suit (or woman in stylish outfit and two-tone shoes) to track you down. This can play havoc with your general equilibrium.

7. Say you’re sorry when you hurt somebody.

That’s not what most lawyers will tell you but it’s not a bad idea, even if you don’t mean it. If you’re unsure how far to go, remember you can temper your apologies with the “If I offended anyone in any way  . . .” caveat. But also note, Easy Rawlins never apologizes for diddly.

8. Wash your hands before you eat.

No need to wash them before drinking bourbon however. Especially out of the bottle. After you wake up on the floor.

Not a lot of literary proof on this one, as most manuscripts have these kinds of details edited out. But flush, unless you live in California or another drought state. But only under certain conditions (“When it’s yellow, let it mellow”).

10. Warm cookies and cold milk are good for you.

Try telling that to the one in ten who suffer from diabetes. When was the last time you saw Philip Marlow eat a damn cookie? Cookies don’t go with bourbon either. Lucky Strikes do. If you shake them out of the pack and pull them out with your lips. Two at a time if a member of the opposite sex is present. Bonus points for post-coital.

11. Live a balanced life — learn some and think some and draw and paint and sing and dance and play and work every day some.

Hopefully not all at the same time. And not with your secretary, after hours. Or else your spouse might hire a grim, lantern-jawed dick to make your life a living hell.

12. Take a nap every afternoon.

\With your shoes up on the desk in your office in an alley overlooking a Chinese restaurant and/or dive bar. And a fedora down over your eyes, until a lady from Shanghai sashays in with a wad of cash and a gun in her “pocketbook.”

13. When you go out in the world, watch out for traffic, hold hands, and stick together.

Which makes you an even bigger target. Sam Spade don’t need no stinkin’ friends.

14. Be aware of wonder. Remember the little seed in the Styrofoam cup: the roots go down and the plant goes up and nobody really knows how or why, but we are all like that.

Wonder is good. You should wonder why the falcon statuette is being sought after by  mysterious women, large, sinister guys with soft foreign accents, and little creepy guys who sound like Morocco Mole. Wonder why the Maltese Falcon is made of plaster. Wonder.

15. Goldfish and hamsters and white mice and even the little seed in the Styrofoam cup — they all die. So do we.

16. And then remember the Dick-and-Jane books and the first word you learned — the biggest word of all — LOOK.

As in Look Out. Behind you.

**Conversely PIs are often hired to identify those guilty of over-sharing, e.g. furtive embraces of a passionate nature with unknown partners.

Born in the wilds of San Francisco, with its rich literary history and public transportation system teeming with characters suitable for crime novels, the stage was set for Max Tomlinson to become a mystery writer.

He is a USA Today bestselling author whose latest book—Bad Scene—is set in 1970s San Francisco, featuring Colleen Hayes, an ex-con searching for her lost daughter. You can read more at his website: https://maxtomlinson.wordpress.com/ 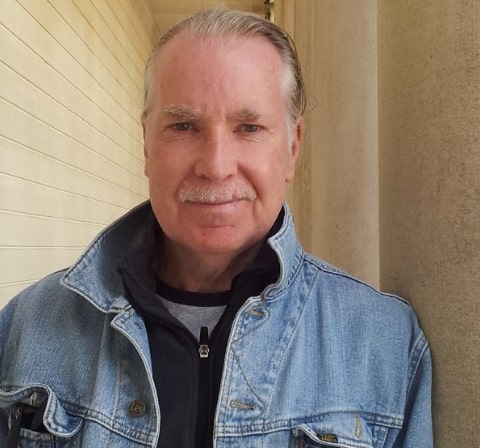