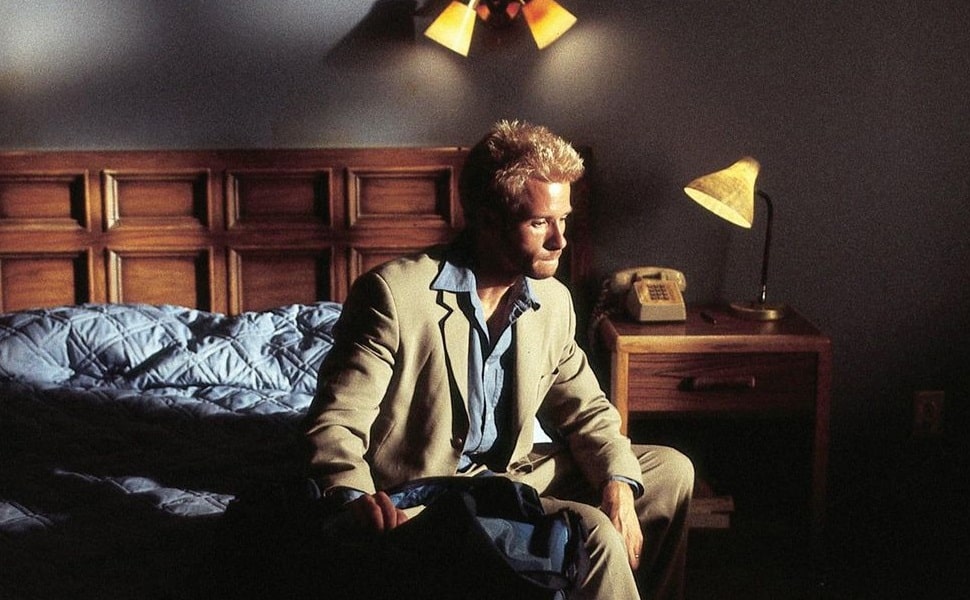 We love to be scared. It’s a primal instinct that sets our hearts racing and adrenaline pumping as we breathlessly turn the pages or watch with eyes glued to the screen to find out what happens next. We’re emotionally invested in the main character, who can make us seesaw between belief and doubting what’s right before our eyes.

In the most successful psychological suspense novels and especially films, character and setting are inextricably linked. You can’t always tell where one leaves off and the other begins—the character, if you will, bleeding through the setting or vice versa. The setting reveals the character’s inner life through the lens of his fears, paranoia, or mind games he’s playing with us.

Think of the character portrayed by Kevin Spacey in the 1995 film, The Usual Suspects, (spoiler alert) and his terror of the mythical Keyser Sose. I’ll bet most of you bought into the story he was selling right up until the climax because the action was unfolding in front of us. That’s why it was so shocking when we realized that Verbal (a huge clue here!) Kint was making up his story as he went along.

In the 2001 film Memento, the protagonist Leonard Shelby (Guy Pearce) struggles to recover the lost pieces of himself and find his wife’s killer by returning to places in his recent past. But he—and we—don’t know if these are true memories or the inventions of an amnesiac or traumatized mind. Nor are we sure if the terror stalking the heroine of Gaslight in her husband’s home in Edwardian London—the 1938 play and two subsequent film versions—is real or a symptom of her anxieties as she becomes more and more isolated from the outside world. She fears she’s losing her mind and denies the truth of what her senses are telling her, which makes her the ultimate unreliable narrator.

When we picture the places that frighten us the most because they often harken back to childhood terrors (the monster in the closet or hiding under the bed), there’s nothing like a house–the older the better. It’s an ideal setting for psychological suspense because we run (or creep and tiptoe) with the heroine down shadowy corridors, into dank cellars to the locked rooms that may hold her secrets. The house mirrors her anxieties–and ours that we project onto her–growing so entrenched in her psyche that it becomes a character in its own right.

In Daphne Du Maurier’s novel Rebecca, while we learn the name of the gothic estate in the first sentence—  “Last night I dreamed I went to Manderley again—” we never learn the heroine’s name. Alfred Hitchcock’s 1940 film got the setting exactly right. The house—which can’t be seen from the road—conveys an “atmosphere of doom” (Du Maurier’s phrase); it’s an extension of the heroine’s increasingly fearful state of mind that also serves as a forewarning.

What about the house that starts out as a safe place—often a new home–and gradually evolves into the heroine’s house of horror? Ira Levin’s classic, Rosemary’s Baby, with its exterior shots of Manhattan’s legendary Dakota, was called the Bramford in a nod to Bram Stoker. In both Levin’s novel and Roman Polanski’s 1968 film, the sprawling apartment seems ideal for Rosemary and Guy Woodhouse to raise their soon-to-be-family. Until it turns into Rosemary’s prison, complete with a laundry room in the building’s basement (foreshadowing one character’s violent death) that becomes a reflection of her growing paranoia and mounting terror. And steely resolve. Can anyone forget Mia Farrow in her nightgown wielding that knife as she walks through the concealed passageway in the linen closet to claim her baby from the witches’ coven next door?

No discussion of setting would be complete without that scariest of places: the woods.

Why do the woods frighten us so? Because they are dark and filled with sounds of things we can’t see? Because they go on for endless miles and danger lurks everywhere? In the branches that stab us as we run; the rocks we trip over in our desperation to find the path through the maze of trees that leads back home? Because they are places where we can get lost forever?

Sometimes the woods holds even more terrors, real or imagined. In my 2021 debut novel Saving Grace, set in the fictional town of Repentance, Arkansas, over two time periods, the Boogeyman who lives in the woods becomes not only a symbol of childhood fears, but an object of children’s cruelty.

Whether they are houses that haunt us, woods just waiting to swallow us whole, or places that may exist only in our mind, the best settings hold up a mirror to ourselves while terrifying the hell out of us in the process. What frightens us the most isn’t that we will be eaten by monsters, but that we will become the very monsters we fear.

The abyss is staring back.

Debbie Babitt was Copy Director for two major Manhattan publishing companies. She is the author of “Adventures in Copywriting” that appeared in Making the Perfect Pitch: How to Catch a Literary Agent’s Eye. She has worked as an actress, playwright, and drama critic and her writing has appeared in the New York Law Journal. She is the daughter of a former federal judge and she and her husband, a criminal defense attorney, divide their time between New York and Florida. Debbie is a member of International Thriller Writers and Sisters in Crime. You can visit her website www.debbiebabitt.com or connect with her on social media. She can be found on Facebook, Twitter, and Instagram. Saving Grace is her debut novel.