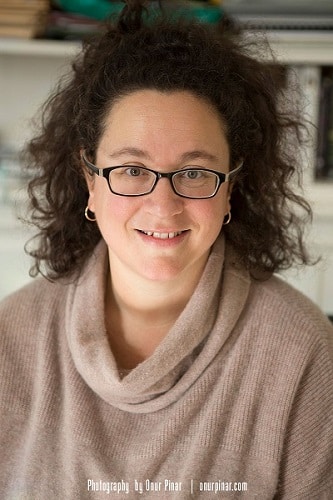 Sophie Hannah is a Sunday Times and New York Times bestselling writer of crime fiction, published in forty-nine languages. In 2014, with the blessing of Agatha Christie’s family and estate, Sophie published a new Poirot novel, The Monogram Murders and has since published two more Poirot novels, Closed Casket and The Mystery of Three Quarters. She is also the founder of the Dream Author coaching program for writers. Anyone who’s interested should visit  https://dreamauthorcoaching.com/

Q. Perfect Little Children came out earlier this year, to critical acclaim, partly because of the twists and the clever resolution. When you start writing a mystery and psychological thriller like this one, what grain of an idea is the germ?

Sophie: The idea for this book came about from real-life situation I found myself in! Like Beth, I’d had a friend with whom I’d lost touch for several years and one day, taking my son to his football match, I realised that we were in the neighbourhood of the house I’d heard she’d moved to. I was curious about her – we’d been really close once – and so I couldn’t resist going to take a look at her new place. While I was in my car, parked outside her house, she arrived home and got out of her car. It was really weird to see her – so much older than I’d last seen her, but the same person. It was as if the past and present had collided and got all mixed up, and it gave me a really uneasy feeling. Then out of this peculiar feeling came the thought, ‘What if her children get out of the car and they’ve not aged at all? What if they were still 5 and 3 years old?’ My next thought was, ‘That’d make a brilliant hook for a novel!’ My favourite sorts of mysteries are those which seem so bizarre and impossible that they can’t possibly ever be solved. It makes the solution all the more satisfying when you get there.

Q. You were the first author to be commissioned by the Christie estate to write an original story in the Poirot Cannon. How did that come to pass? And what was your reaction on learning you were going to pick up the mantel?

Sophie: The situation came about through coincidence really, my agent – knowing I was a huge Agatha fan and seeing a pile of her books on a shelf during a meeting at HarperCollins – made an off-the-cuff suggestion that I could write a continuation novel but this was dismissed because as far as anybody knew at the time, the Christie family had no plans for any further novels. But just a couple of weeks later the family approached HarperCollins with their idea of doing just that and of course I came straight to mind! I had a plot I’d wanted to use for ages which wasn’t right for a contemporary novel, but I realised would be perfect for Poirot! As to how I felt: as a life-long and totally obsessive Agatha Christie fan I was thrilled to say the least! It’s been such a huge honour and a total career highlight!

Q. Beyond mysteries, you’re a celebrated poet. What do you think your poetry brings to your longer-form writing?

Sophie: I think poetry and crime have a lot in common: the structure has to be meticulous in both, they need balance and to be tightly crafted in order to work well – I’m a structure freak.  My poetry is metrical and rhyming and my crime novels are highly structured.

Q. You helped create a Master’s degree in Crime and Thriller Writing at the University of Cambridge. What inspired the creation of that degree? Are there any notable former students?

Sophie: Crime fiction is a hugely commercially popular and successful genre, it’s also – in my opinion – the best genre. Life for most of us involves solving puzzles, we’re spurred on by not knowing and desperately wishing we did. Crime is the only genre that puts puzzle-solving – making sense of what the hell’s going on – at the centre of everything. So it’s no surprise that there’s huge demand for this sort of programme. All of the course tutors and guest speakers are established literary professionals – we have input from agents, publishers, screenplay writers, directors and all the sub-genres of crime are represented.  My fellow course tutors include the brilliant crime authors Emily Winslow and Elly Griffiths.

Sophie: At the moment I’m writing book 11 of my Culver Valley series, featuring my detectives Charlie Zailer and Simon Waterhouse, we’re hoping this will be published in 2021. I’m also very busy at the moment with Dream Author which is my coaching programme for writers: that’s just going into its second year. It’s already helped loads of writers achieve success and happiness and is for anybody who feels they need help with their writing lives: the programme is designed to equip writers with all the mental and psychological tools we need to survive and thrive in the business and there’s lots of practical and creative help too.