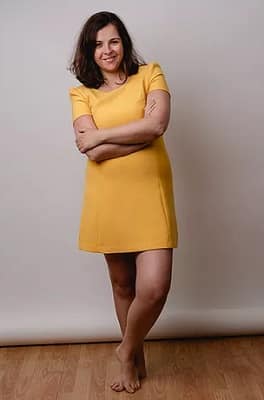 Lee Child called crime thriller writer, Claire McGowan, “A knockout new talent,” while Peter James has called her work “Astonishing, powerful and immensely satisfying.” She’s the author of What You Did, The Other Wife, and The Push, among others.

Q. Your latest crime thriller, The Push, has just come out to rave reviews. What was your inspiration for the story?

Claire: It was inspired by listening to friends talk about their experiences of going to antenatal groups, and how very different and diverse the parents were, often leading to conflict. It’s really more of a psychological thriller with some procedural elements!

Q. You’ve said elsewhere that Tana French is one of your favorite crime writers. Besides her being Irish, what do you love most about her writing?

Claire: I love any writer who can fuse a strong and gripping plot with beautiful sentences – that’s what I aspire to as well. Other writers in that category include Sabine Durrant, Erin Kelly, and Harriet Lane.

Q. Your ten-part radio drama, Blackwater, is broadcast on BBC Radio 4. How did you get into radio scripts?

Claire: I was quite lucky in that I got asked to write a short story for Radio 4 a few years ago – Archaeology is the title – and from this I was asked to pitch an idea for a ten-part series. Since then I’ve also done the afternoon play and am adapting a book for the radio too. It’s been really fascinating in that you can create such rich worlds just using sound. It definitely makes me sharpen up my dialogue too.

Q. Many readers have commented on your talent for mixing crime stories with psychological thrillers. How do you craft tales that leave readers not knowing who to trust, with twists at every turn?

Claire: Thank you! I think crime readers are incredibly sophisticated, so you have to work very hard to stay ahead of them. I make sure everyone has some dark secret to hide, and that people are often lying, but not always about murder. A few red herrings also help!

Claire: I’ve just finished my next thriller, which is about a woman who as a teenager was accused of murdering the American family she nannied for, and sent to Death Row, only to be exonerated and let out a few years later. Now back in the UK, when she finds another dead body in the woods, she starts to fear that someone knows who she is, and is framing her to punish her for what happened back then.

The NYT bestselling author on THE INVESTIGATOR and more