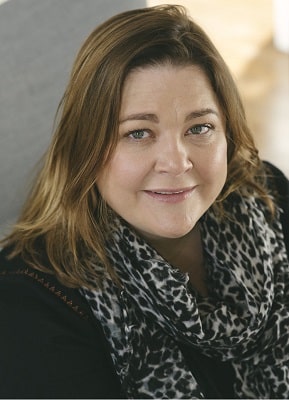 Harriet Tyce is the author of the Sunday Times top three / international bestseller (and Richard & Judy Bookclub choice) Blood Orange. Her newest legal thriller, The Lies You Told, is out now.

Q. In The Lies You Told, your protagonist, Sadie, sacrificed her role as a high-flying barrister for marriage. How is Sadie’s story similar and different from your own?

Harriet: There are definitely some large similarities between Sadie and me, but there are also big differences. The biggest of which is that Sadie had a very successful career as a barrister before she gave it up for her family. I wanted to ensure that she would be well enough remembered in her old chambers that when she did return, even many years later, she would be able to go back to work with very little trouble. Mine, on the other hand, was not so stellar! I qualified as a barrister in 1996 and dealt with a lot of minor cases over the next years, though by the time I left I was beginning to represent people in crown court trials, which are the ones carried out in front of a judge and jury. Even though my practice was beginning to take off, it was also the time that I had my first child, and ultimately I found it too difficult to combine that particular career with parenting. It’s a fascinating job but not one that works with being the primary carer for young children – the hours are long and unpredictable, and there’s a lot of travel required. Ultimately, though, the biggest difference is that she wanted to return to her career as a barrister, whereas I’ve been very happy to start a new career as an author! It’s much easier to deal with fictional criminals rather than ones in real life.

Q. In both Blood Orange and in The Lies You Told the theme of family getting in the way of a career comes up. Does this refrain have any personal significance?

Harriet: It has a lot of personal significance. As I’ve described above, the career as a criminal barrister is one that does not work very well with being the primary carer of a family. And whilst of course this role is one that can be, and often is, carried out by the father, a majority of the time it still devolves on women. To stick to the barrister career, what this means in practice is that while at the start, the gender divide is about fifty/fifty, by the time it gets to more senior roles, and ultimately, who becomes judges, a very large number of women have given up being barristers, so that there ends up being far more men in senior positions. Of course this is not unique to law, and it’s only the start of the inequalities in diverse representation that are to be found, but I do feel strongly that there should be greater societal support so that family responsibilities can be shared equally between both parents, rather than everything devolving to the traditional model of one breadwinner and one homemaker, which is intrinsically damaging to everyone concerned.

Q. Why are legal thrillers so often full of psychological suspense?

Harriet: The legal process itself is very dry and the language used both formal and devoid of emotion. However, the subject matter is one where the stakes couldn’t be higher. When someone’s liberty is at risk, emotions couldn’t be higher, and beneath the veneer of tradition and measured speech, it’s often a pressure cooker ready to explode. I think that’s why the genre lends itself so well to psychological suspense – there’s a timeline ready made, and the participants within the trial are becoming more and more worked up as the trial progresses. I know I love the genre because of the catharsis involved, and the way that stories of this sort build up to resolution, and I think that may be why psychological suspense appeals to readers, that it’s a space in which dark emotions are explored but ultimately resolved in a way that sadly does not happen so often in real life.

Q. You’re from Edinburgh, living in North London. How does a sense of place, and your own personal geography, infuse your books?

Harriet: I think that their stories certainly could happen anywhere, as there are universal themes of the difficulties of combining motherhood and career, unhappy relationships and the difficulties of competitive parenting, but I wouldn’t be able to write them in any other place. My personal geography is intrinsic to my writing which is most likely a failure of my imagination!

Harriet: As I said in my reply before, my personal geography is central to my writing at the moment. Much of my new book is based in the Edinburgh I remember from my schooldays, and I’m really enjoying that escape into the past and into the streets of my childhood. It’s another psychological thriller, about what happens when the past crashes into the present, and it’s a lot of fun to write.