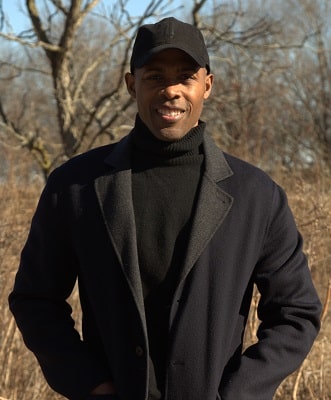 Dr. Ian K. Smith is a man of many talents. A TV personality. A physician. And, yes, a recognized author of both fiction and non-fiction, with eight New York Times bestsellers. The Unspoken is his third mystery following The Blackbird Papers and The Ancient Nine.

Q. You’ve written across genres, from non-fiction/self-help to cookbooks to mystery. What has that journey given you? What does it bring for the reader?

Ian: I have always been a reader and lover of mysteries/thrillers. I have also believed that just because one has an interest in something, it doesn’t mean they can’t have an interest in another passion that exists on the opposite side of the spectrum. Many think that doctors and scientists can only excel in one particular area, and I wholeheartedly disagree. A lawyer can be well versed in law and also be a great guitarist. A financial analyst can be great in business, but also a good artist.

My life is all about pursuing passion and maintaining balance. I like to be busy, so time efficiency is key for me. The suspense/mystery genre resonated with me as a young reader and stuck with me. While most of my literary career has revolved around health and wellness books, particularly diets, I have always had an equal passion and desire to write mysteries. I always wanted to deliver to readers the excitement and emotions I got from reading authors like Grisham, Dunne, Connelly, and Coben.

I always wanted to make readers late to appointments, lock themselves in their rooms or cars or stay up deep into the night because they just have to read one more page. When readers tell me this after finishing one of my books, it makes me feel extremely satisfied that the mission was accomplished. My deep and broad life experiences and interests make me a better storyteller, which ultimately is what the reader is look for—a great story well told.

Q. In The Unspoken, protagonist Ashe Cayne refuses to participate in a police department cover-up involving the death of a young black man. How has the national conversation shifted since you began work on the book?

Ian: I wrote this book before all of the recent spotlight on racial injustice that has been simmering beneath and at times above the surface throughout the country in various ways and places. I use the shooting of an unarmed man in Chicago as the jumping off point of my main character who is a CPD detective but refuses to participate in a coverup. He simply can’t stand by and keep silent about a miscarriage of justice.

The conversation hasn’t changed since I wrote the book, rather it has gotten louder and more detailed and more collective. This is not an issue that’s decried just by people of color; it’s decried by others who refuse to remain silent in the presence of such brutality, racial, and gender discrimination and economic suppression.

This book is about the story—the case—however, it’s also about the city of Chicago, its history, the way it operates and the social fabric that connects the city.

Q. What approach do you take to writing a mystery?

Ian: I begin the writing process of all my novels by first writing the story in my head. When I have it all worked out, then I sit down to the computer and go to work. I don’t do a traditional outline, but I know the major tent poles of the story and the basic character arcs. When I sit down, I have a good idea the destination points I need to reach, but I allow for some spontaneity on the roads I decide to take to get there. This allows me to be organized and creative at the same time.

I want my readers to go through all the emotions while they read this book. I want to keep them engaged and invested not just in the plot, but the characters. I want them to see and feel the characters and form a connection so that they look forward to them in the next installment of the Ashe Cayne series.

Q. Do any of your characters live anything close to a “SHRED” lifestyle?

Ian: Ironically, YES! Carolina, Ashe’s unofficial confidante inside CPD and potential romantic partner eats wonderfully in the way of the SHRED lifestyle. She would be a poster child for the program. She’s fit, watches her carbs, let’s herself have fun everyone once in a while, but knows when to say no to those foods that would pull her off the program.

Ian: It was clear to me from the very beginning that Ashe Cayne was going to be a series, because the character I wanted to develop and the cases he would take on would deserve a life longer than one book. He will have plenty of adventures in the future that will take readers through the streets and stadiums and mansions and tenements in the various Chicago neighborhoods.

Ashe is a hero for our time, complicated in some aspects, simple in others. Ashe is a man who is determined to seek justice at all costs and is fearless in his pursuit without taking himself too seriously. I have already written the next installment, currently titled, Wolf Point. Ashe rises to the occasion once again.