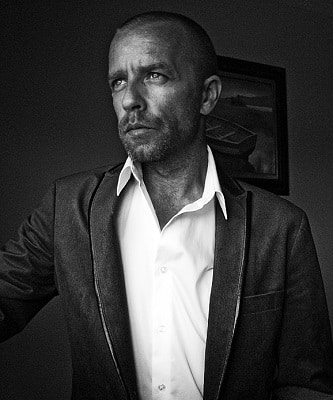 Hailed by Booklist as “one of the most clever and original talents in contemporary horror,” Kealan Patrick Burke was born and raised in Ireland and emigrated to the United States a few weeks before 9/11. Since then, he has written five novels, among them the popular southern gothic slasher Kin, and over two hundred short stories and novellas, including The House on Abigail Lane, which is currently in development as a TV series.

Q. Your latest, The House On Abigail Lane (June 2020), came out to strong reviews. What does this haunted house story offer for readers of the genre?

Kealan: Ever since Anne Rivers Siddons’ The House Next Door, I’ve been fascinated by the idea of a newly built house being haunted, especially since the genre is rife with old gothic mansions steeped in dark history. It begs the question of how a house without such history could possibly contain dangerous energy. In Siddons’ book, the solution could be traced back to the architect, so I didn’t want to go that route. Instead, I decided I would upend the format entirely and present it as a sort of narrative found-footage faux documentary, using only the evidence made available to the narrator via personal accounts, police reports, and published texts, so that the narrator is attempting to figure out the impossible at the same time as the reader. I think more than anything this approach, as well as the diverse and unusual nature of the things that happen in Number 56, present a fairly atypical approach to this particular genre trope, one which appears to have resonated with readers.

Q. Though you’ve lived in the US for nearly twenty years, you were raised in Ireland. How has your sense of place affected your writing?

Kealan: A change as big as a move from Ireland to here was bound to have a dramatic impact in so many ways. I’ve also traveled this country extensively, most notably via amazing east and west coast road trips, so I think I have a better sense of where I live, which in turn informs my writing. I prefer to write about places I’ve been, rather than relying solely on my imagination, so in that regard, I feel that travel has broadened my palate, added color and character to an otherwise single-shaded sensibility.

Q. Impressively, you’ve been nominated for five Bram Stoker awards. What does it mean to you to be part of the celebrated company of those recognized authors?

Kealan: Nominations for anything are always a thrill, but not something to obsess over, or you’ll drive yourself mad. That said, when I won the Bram Stoker Award for The Turtle Boy in 2005, it felt like winning the lottery and I certainly celebrated accordingly (as did my family back home.) While it doesn’t open the doors to some magical kingdom that irrevocably alters your professional destiny, it certainly feels wonderful to be acknowledged by your peers, so I’m forever grateful for that, and I’m always proud to use the accolade for marketing purposes. Plus, the statue is very, very cool, and has a place of pride on my shelf.

Q. Your writing career goes beyond novels, into film and graphic novels. What have you produced in those mediums? And how does working in those formats contribute to your storytelling?

Kealan: In terms of film, all that’s been produced thus far are shorts, one of which I wrote (“The Cold”), the other, an adaptation of one of my short stories (“Peekers”). I’m immensely proud of both of them. There’s other stuff in the works, most notably two TV shows and a film, but as with all things Hollywood, I can’t say very much right now and probably wouldn’t even if I could lest I jinx it, because as anyone who’s been around the block knows, just because you get a green light doesn’t mean the car’s going to start.

In the graphic novel department, I have adapted three short stories of mine for director John Carpenter and producer Sandy King’s Tales for a Halloween Night series of horror anthologies and will be working with them again soon on a full-length project I wrote for their comics line. I can’t wait for that one to be announced. The art is spectacular.

It’s very gratifying to write in different mediums. It forces you to push yourself, to adapt, to learn new ways of doing things, to be more collaborative. Writing books is a solitary affair, so working with artists and producers is an exciting and rewarding change, because you get to see how others envision and interpret your work in real-time. And as a novelist, I find scriptwriting a great way to rein in my worst tendencies. It teaches you the value of brevity and economy, a considerable boon for any writer.

Kealan: I recently completed my sixth novel, Mr. Stitch, and that’s with my agent now. I’m currently working on some short stories I owe to various editors, and a comic book script that’s long overdue. After that, I return to some novellas that have been simmering, among them Ward, the prequel to one of my more popular books, Sour Candy.

The bestselling spy thriller author on The Nazi Conspiracy and more

END_OF_DOCUMENT_TOKEN_TO_BE_REPLACED

The bestselling horror author on HOW TO SELL A HAUNTED HOUSE