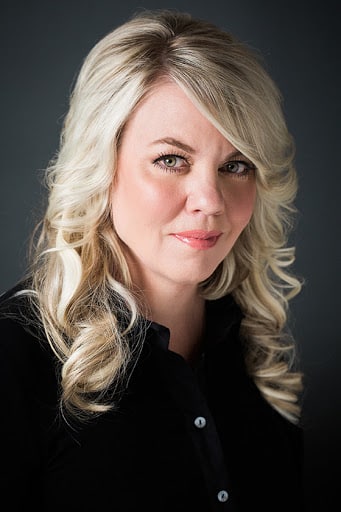 Kimberley (K.J.) Howe is the bestselling author of kidnap-and-ransom thrillers SKYJACK and THE FREEDOM BROKER, and the Executive Director of the annual thriller conference, ThrillerFest.

Not only is she an accomplished writer and event director, but also an avid adventurer. She encourages other thriller writers or aspiring converence attendees to reach out anytime with questions to [email protected].

Q. In your research for your kidnap-and-ransom thrillers, you’ve said elsewhere that your exploration has taken you to places you’d never expected. What are some things most people don’t know about that world?

Kimberley: For the past seven years, I’ve been immersed in the world of kidnap and ransom, and it has changed my life and perspective. I’ve met former hostages, kidnap negotiators, psychologists who specialize in this area, the Special Forces soldiers who execute rescue missions, and a host of other experts in this shadowy world. There are over 40,000 reported kidnaps a year across the globe, and the number is growing exponentially. Displaced military and police as well as terrorist and criminal groups are leading the charge on these increases.

One of the things that surprised me was the fact that your nationality can greatly influence what happens to you as a hostage. Certain countries, like Italy and Japan, pay ransoms quickly, hoping for the swift return of the captives. If you are Italian or Japanese, kidnappers will feel comfortable they will be compensated. Countries like the U.S., the U.K., and Canada have strict policies on not paying ransoms, as they worry about encouraging future kidnappings. This usually results in families having to find the funding to pay the ransoms, and it complicates the negotiations.

Q. You’re the Executive Director for ThrillerFest, arguably the top thriller convention anywhere. For people who haven’t gone yet, what are some of the advantages of attending, pitching, or becoming a member?

Kimberley: Thanks for your kind words about ThrillerFest. I’ve been fortunate to be involved in International Thriller Writers for the last eleven years. The organization is a not-for-profit whose entire mandate is to support thriller authors across the globe. We support every level of author—from aspiring writers to established authors to bestsellers.

If you are a thriller enthusiast, come join us, you’ll be surrounded by like-minded people. There is a strong focus on education in the areas of craft and business. You’ll be able to network with some of the most influential people in the industry, pitch to top agents and editors, discuss writing with new friends.

Q. World travel is a passion of yours, and you’ve talked about the multiple countries where you’ve lived. Where does the wanderlust come from? And what place that you haven’t visited would you most want to go?

Kimberley: My father worked in telecommunications, so we traveled extensively. I’ve lived in Kenya, Saudi Arabia, Puerto Rico, Austria, Switzerland, and a host of other places. Travel and adventure have always been part of my life, and I love taking readers to exotic locales. If they have already visited, then they can relive their trip. If they haven’t yet traveled there, I hope I can share some of the sights, sounds, and experiences from that locale, tempt them into heading there on the next vacation.

As far as places I’d like to go to, I’m keen on heading to the Maldives. My dream is to live on a beach, stick my toes into white sand and turquoise water every single day.

Q. Your friendship with David Morrell (famous for iconic characters like John Rambo) goes way back. How did that friendship and mentorship start? What are some of the most important lessons you’ve learned from him?

Kimberley: David is a dream mentor. I’m a thriller author today because of him. When I read his spy series (BROTHERHOOD OF THE ROSE, FRATERNITY OF THE STONE) at boarding school, his novels inspired me. His gripping thrillers helped me escape into another world. At that moment, I thought that if I could ever transport readers away from any worries or concerns like David had done for me, I would be ecstatic.

Time passed. I secured a business degree, worked in computer consulting, then became a medical writer, but the pull to write stories could not be put aside. I decided to complete my Master’s in Writing Popular Fiction, and when I discovered the keynote speaker would be David Morrell, I was beyond excited.

Meeting my literary hero was a moment I’ll never forget. We’re both Canadian, and he was very kind, asking questions, listening attentively. He seemed intrigued that my thesis featured a female sniper. Next, I attended ThrillerFest where I had the opportunity to write a feature on “Rambo’s Daddy.” After I sent it to him, he asked if he could use it on his website (still there under Literary High Flyer), and I readily agreed, quite honoured. From there, he started mentoring me, and we met for breakfast at ThrillerFest and other conferences.

He has been an inspiration and a major influence. SKYJACK is dedicated to him. David patiently coaxed me into digging deeper into character, into striving to integrate fascinating information into my books in a way that didn’t feel contrived. He always encouraged me “to be a first-rate version of myself instead of a second-rate version of another author.” He is intelligent, thoughtful, and an incredible teacher—well known as “the professor,” which is kind of fun given he created Rambo. He also advised me to challenge myself in a new way with every book. I’m forever grateful for his influence and friendship.

Kimberley: I’m a few chapters away from finishing a new novel called THE PERFECT HOSTAGE, and it features a hostile-environment consultant named Killian Paramore, a Belfast native who guards journalists, celebrities, and other luminaries in dangerous places. Excited to kickstart a new series and delve into this unique world.