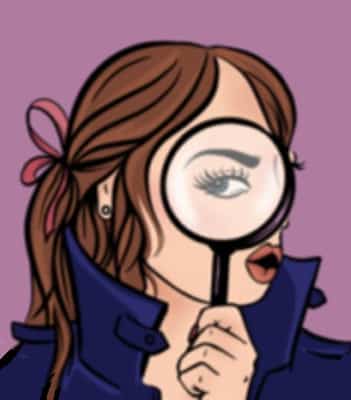 USA Today bestselling author, Lauren Elliott, is the pen behind the Beyond the Page Bookstore Mystery series. Beyond her obvious love for cozy mysteries, she grew up with a passion for Agatha Christie, Barbara Erskine, Lynn Kurland, and Michael Crichton, among others.

Q. Your protagonist, the quick-witted Addie Greyborne, has had a challenging life. Her fiancé David was murdered and her father died in a car accident, among other troubles. How has that helped her grow as a person?

Lauren: To me, when developing a character it’s about keeping an element of reality in a fictional world. The development of Addie is no exception. I intentionally write her to have good days and bad. She can be serious, and then silly—some say at times she acts no better than a teenager—but she’s always written as a very real woman with emotions that can fluctuate and expresses those emotions just like you, or I would.

This is an aspect of the human condition that I attempt to weave into my characterizations believing they should be flawed and more relatable to readers. My favorite quote is one by author Roxane Gay. “If people cannot be flawed in fiction, there is no place left for us to be human.” Given that point of view this is an important element I strive to convey in all my characters showing readers that sometimes they can slip and fall, other times they meet adversity head-on.

As far as the strengths, Addie possesses many that help her grow as a person. My intention when writing her character is to portray someone who despite the emotionally devastating set-backs, she encountered when she lost everyone she loved, she has the retained the ability to forge onward, albeit clumsily at times due to her emotional baggage. However, through time she acquires an increasing amount of resiliency, and resourcefulness when faced with a new challenge.

Q. You’ve got a background in journalism and theater. How have those particular skillsets informed your writing?

Lauren: My career as a journalist was short-live since it didn’t take long for me to figure out that reporting wasn’t what fueled my writing passions. I did nonetheless; take away some important lessons from my studies that today are the fundamental basis for my career as a fiction writer.

For me, the story development comes down to the old—Who, What, Where, When, Why and How—of basic news writing. The key to transposing that methodology into fiction writing is to ‘show’ the reader a story though writing and not just ‘tell’ them what happened in emotionally detached words. Additionally, I have incorporated a little something I picked up from my years spent working in professional theatre where it’s the play writes intention to tell a story and the actor’s objective to give a compelling enough performance that when combined, the production will captivate and hold an audience through to the final curtain call.

Q. You’ve said elsewhere that your inspiration ranged from Agatha Christie to Michael Crichton. Among cozy mystery authors, where have you drawn inspiration?

Lauren: Given that I have back-to-back deadlines for my publisher up until late 2024, that’s a tough question for me to answer. Unfortunately, I’m not in a position to carve out much personal reading time at the moment. Moreover, since I started to take writing more seriously, it’s been years since I have been able to read any book for the pure pleasure of reading.

What I tend to find myself focusing on now, when I do have time to pick up a book, is gauging the mechanics of the author’s writing—the pacing and storyline, character development, how their dialogue flows, and the tags and action beats used along with the overall progression of the plot arc. I suppose that these days when I read it’s sadly more for research than enjoyment as I believe a writer should always be learning and developing their craft which I suppose is the inspiration I’ve drawn on from reading a variety of authors over the years.

Having said that I have always been partial to British authors, cozy or otherwise and recently picked up a copy of Dover One by English crime fiction author Joyce Porter. I only hope that one day I will have the time to read it.

Q. Plot twists are a big draw for your readers. How do you keep your twists fresh and unexpected after so many books?

Lauren: I throw my hands up in the air and let my characters write the story. They always come up with better ideas than I do (wink, wink).  In all seriousness though, that’s the part of writing murder mysteries, I love the most. I attempt to show readers that anyone, given the right motive has the potential to commit murder. There is no end to the possibilities of twists when presenting a number of plausible suspects and giving each one a unique back-story that connects to the victim. The key is also to provide just enough foreshadowing of each suspect to keep the reader intrigued and guessing which one did it, so that they’re not blindsided and feel cheated when the actual killer is revealed.

Q. Why does Kensington Publishing, an indie publisher, do cozy mysteries so well? Is there a secret sauce?

Lauren: The mystery genre and its many subgenres have always been popular with readers going back to the early publications of Edgar Allen Poe’s short stories. However, since Agatha Christie, who has often been referred to as the mother of cozies with the introduction of her character Miss Marple, many readers fell in love with a new subgenre of the mystery novel. It was softer and gentler than other grittier mysteries found in the crime fiction novels of the day.

Christie’s stories involve a beloved spinster. They were generally set in a small town or in a remote location. The murder was bloodless or took place off the page, meaning the gory details were left out of the readers view and only implied, and her stories contained no sex, violence or foul language.

This new subgenre developed over the years and the term cozy mystery was coined becoming what we see today. For the most part, the protagonist, as was the case with Miss Marple, is an amateur sleuth who becomes involved with solving a local murder since in some way the crime touches them personally. The setting is generally in a small town, and like Miss Christies stories, the crime takes place off the page. The victim is also someone who won’t be missed or whom the reader has not developed an emotional attachment to. Today, cozies still don’t as a rule, contain swearing, violence, or sex making them lighter in tone and quite often humorous.

Kensington Publishing has always kept their finger on the pulse of what readers want, and go to great lengths to deliver just that to them. As the cozy genre grew, they saw the need to expand in the market, giving readers more of what they were yearning for.

As for Kensington’s secret sauce?

They know what readers want, and they find authors, which can deliver stories that center on colorful characters that those readers can relate to in some way and are written to also contain enough of a bread crumb trail for the reader to use their own powers of logic, reasoning and deduction and ultimately solve the crime alongside the protagonist. Cozy fans have often said that this genre of mystery offers them a mini escape from the realities of their everyday lives and Kensington goes to great lengths to deliver just that.

Q. You’ve got a new series starting in 2022. Is there anything you can tell us about that?

Lauren: All I can say about my upcoming series right now is that it’s very different to the Beyond the Page Bookstore Mystery series. So keep an eye out for Kensington’s reveal to catch a glimpse into the exciting new cozy community I’m looking forward to exploring together with my readers.