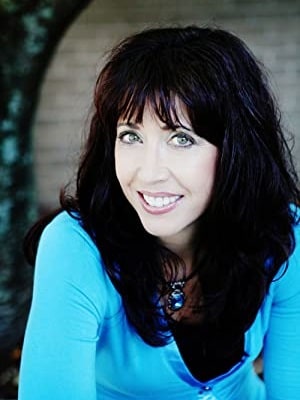 Multi-published, award-winning author Renee Ryan sold her first book in 2001 by winning the inaugural Dorchester/Romantic Times New Historical Voice Contest. She published her second book to Harlequin’s Love Inspired Historical line in February 2009 and has since sold over thirty books to several publishers.

Renee: In 2013 I was at a conference working on my previous historical novel, The Widows of Champagne, and was told about this person’s autobiography, Ida Cook. She was a British typist who ultimately became a Harlequin Romance writer. But more importantly, she and her sister Louise rescued 29 Jews from Nazi persecution. They would go to Opera Festivals and help Jews escape through that route. I did the ‘what if’ and slowly the story came together. Instead of a sister book like the Cooks I wanted to make it a friendship book of unlikely people.

Q How did being partially Jewish affect Elsa?

Renee: Being part-Jewish she felt she needed to help Jews escape the Nazis to survive. Because her late mother wanted her to hide her heritage and change her name, she had Elsa’s aunt raise her as a Catholic. This drives Elsa on so many levels.

Q How would you describe Elsa?

Renee: A musical prodigy who loved her art form so much. She was desperate to be great, but also had a fear of falling short. She has guilt feelings that things came so easy to her. She always wanted to share her wealth. She is lonely, independent, dignified, optimistic, kind, grateful, and strong. There is also a naivety which was willful, refusing to see people who they really were.

Renee: A lot of Maestros have some of his traits. They know they are good, the best of what they do. Everything regarding the show falls on their shoulders, the leader. With Wilhelm, he could spot Elsa’s talent. But beyond that Wilhelm was arrogant, conceited, ruthless, selfish, greedy, optimistic, and smug.

Q What is the relationship with Wilhelm and Elsa?

Renee: Because she lost her parents at such a young age she is struggling with this grief. Part of her attraction to Wilhelm is because he was so much older than her that there was this parental feel. He was really smitten with Elsa in the beginning, wanting them to be a superstar couple. Elsa could not see beyond his charm and was mesmerized by him. She tried to ignore his negative traits. As Elsa became more independent, he lost control over her and became a mentally abusive husband. His attraction and admiration for her turned to possessiveness, always loyal to himself. Wilhelm was a complete narcissist who was consumed with controlling Elsa’s life, career, and future.

Q How would you describe Hattie?

Renee: Based loosely on Ida Cook. A dreamer. She was a rule follower, yet defiant at times, impulsive. Hattie was also bold, courageous, and stubborn.

Q How would you describe the sisters’ relationship, Vera and Hattie?

Renee: Also, based on Ida Cook since she became the romance writer in the story. Vera was the older sister who became mother-like to Hattie, grounding her, and preventing Hattie from diving off the proverbial cliff. Vera was Hattie’s Jimmy Cricket, a voice of reason.

Q Describe the relationship between Hattie and Elsa?

Renee: Both lost their mothers at a young age. This brought them together. Hattie’s mother passed on her love of art to her, while Elsa’s mom passed on the love of music. They were kindred spirits. Hattie found her own dream within Elsa’s dream, after hearing Elsa sing opera. Hattie admired Elsa. They became friends very quickly. It went from devoted fans, to friends, to allies, to sister-like where they were very loyal to each other.

Q What was the role of Elsa’s Aunt Malvina?

Renee: Through her story I was able to bring in the information about Jews since she was Jewish. They lost their jobs, dignity, and citizenship, and could get arrested at any given time. One of my goals with this story was to show how Jews could not just leave Germany and Austria because of the strict immigration policies of unoccupied nations, who would not let them in. I also wanted to have Elsa have a personal reason to build a network with Hattie and Vera. She feared for Malvina’s survival. Elsa handed Malvina’s care into the sisters’ hands. The aunt was the glue that brought all three together.

Q Was opera sort of a character?

Renee: It was the connection between all the characters. It plays every kind of role including the setting. It is how the characters’ meet, stay together, and what drives them. The clandestine work was able to happen because Hattie and Vera attended opera festivals in occupied countries. Opera is Elsa’s life and it inspired Hattie’s art. I had to learn a lot about opera. Through the opera scenes readers can see the pain, sorrow, joy, and hope of the world and characters. Opera is highly dramatic and emotional, and the era was highly dramatic and emotional.

Q What about your next book?

Renee: It is titled The Paris Housekeeper and comes out this time next year. It has three women: one who is Jewish, an American, and a girl from Brittany. The American is an heiress and the other two work at the hotel Ritz in Paris. The story is how they navigate German occupation. I wanted to show that the Germans did what they did because of the Jewish race, not just the religion. I also show how the Nazis get help from other nationalities in the treatment towards the Jews.

The Secret Society of Salzburg by Renee Ryan is a heartwarming story with heartfelt characters. In this current period, when there is so much decisiveness, reading stories like this reminds people how working collectively brings everyone together. Ms. Ryan has hit a home run.

Elsa and Hattie are the most unlikely individuals to become sister-like friends. As with her previous books, Ryan writes about two strong women who work together for a common goal. These two women attempt to save the lives of Jewish refugees during WWII. In the mid-1930s, Londoner Hattie Featherstone, an aspiring artist, falls in love with opera and after hearing Elsa Mayer-Braun sing paints a picture of her. While Elsa is in London, Hattie gives her a picture she painted of the famous opera star. Wanting to return the kind gesture, Elsa invites Hattie and her sister to see a performance.

Meeting backstage at several performances all three realize they have a lot in common, becoming close friends. Hattie, the painter, her sister Vera, the writer, and Elsa, the opera singer, have in common a medium where they express themselves. As the Nazis gain more and more power, they band together to help people escape them, including Elsa’s Aunt Malvina, who is Jewish and living in Germany. A network is built to rescue as many Jewish people as possible.

The mystery of the story comes into play after Elsa is arrested in 1943 and taken to a concentration camp. Who betrayed her and will she survive the harsh conditions of Bergen-Belsen?

The characters were brave, kind, loving, and resilient during a dark time in history. Readers will be on the edge of their seats as the story has suspense, danger, and intrigue. This is a novel that will stay in readers’ thoughts long after they are finished.