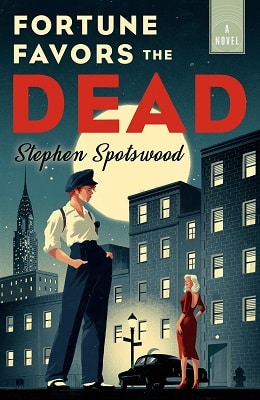 Willojean (Will) Parker finds her home and family when she runs away from her abusive father and joins the circus. Here, she restarts her life from the ground up, shoveling behind the elephants. But for her efforts, the circus owners agree to allow her to become a member of their community.

Quickly she grows into the role of Jack (or Jane) of all trades, learning moves from the contortionist, serving as the fill-in for the knife-thrower’s assistant, even donning spangles and beads to be a showgirl in a pinch despite the lack of curvy physique. As she moves from act to act, she becomes friends with the knife thrower, Kalishenko, who decides she has enough talent for him to teach her how to throw knives, not just have them thrown at her.

Armed with this new skill, Will picks up extra work from time to time, usually working as a night watchman. It’s in this capacity that circumstances conspire for Will to save the life of a woman named Ms. Pentecost. During this incident, the reader gets another taste of Will’s character trait of following her own instincts, since she ignores instructions to go find the police.

The results of this encounter are that Ms. Pentecost recognizes in Will the potential to successfully learn the role of assistant, something Ms. Pentecost requires due to her degenerative disease, Multiple Sclerosis.

Fast forward three years to the current story, which details one of Ms. Pentecost’s most complex cases, the death of wealthy Abigail Collins, presumably by her husband’s ghost. Doubtful, say the pair of detectives as they set about solving how Ms. Collins could be killed by someone when she is found alone, inside a room, locked from the inside.

The entire book is written in a style reminiscent of hard-boiled detective books, only without the down-at-the heel struggling detective who is approached by the beautiful but distressed blonde. The style, atmosphere, and descriptions are all perfect examples of the 1940’s as suggested by the gorgeous cover photo—including the clothes, the lifestyles of the rich and famous, even the occasional glimpses of jazz clubs. What’s the difference? Pentecost is a successful, polished woman with an impeccable reputation and Will is learning how to hone her skills to follow in her footsteps, if not exactly in her own image.

Will makes no bones about being bi-sexual and through her eyes we get a glimpse of what life was like for someone whose sexual preferences were not accepted in that era (and perhaps now as well in some places). This is not a huge part of the book, and folds seamlessly into the overall story without being a distraction.

While there are numerous people who were attending a party in the house when Abigail was murdered, the suspect list quickly reduces down to a reasonable number, each of whom is given depth of character enough they are easily distinguished and remembered by the reader.

The bottom line: While it is possible to put the book down to engage in other activities and pick it up again without forgetting what was going on, it is written in a way most readers will likely find themselves saying “just one more chapter.”

I was provided an advanced digital copy of this book by Doubleday through NetGalley. This review reflects my unbiased opinion of the book.

END_OF_DOCUMENT_TOKEN_TO_BE_REPLACED

A luxury yacht beaches on a mudbank, its captain very dead