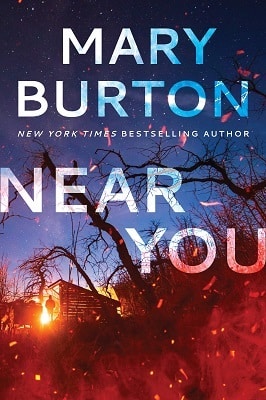 Montana Highway Police Officer Bryce McCabe is enjoying a rare day off at his ranch when he’s called to the scene of a barbaric and violent crime. Someone is brutally battering women and then torching their bodies, disfiguring them to the point of making identification near impossible.

Forensic Psychologist Ann Bailey, an expert in maneuvering a serial killer’s depraved mind, is called in to help navigate the case. As she and Bryce examine the evidence, Ann comes to the realization that a monster from her past may be involved in the murders, and yet she keeps the information to herself fearing the secret she’s kept all these years could be revealed in the fallout. Elijah Weston served ten years in prison for an arson that nearly cost Ann and her roommate their lives. Free now, he’s living in the area and apparently still obsessed with fire and stalking Ann. Aided by some of his prison groupies known as The Fireflies, Elijah begins taunting Ann by dropping clues while hinting he knows her secret and will come to claim what’s his soon. As Bryce and Ann continue to work the case, they grow closer and Bryce realizes he’ll do whatever it takes to protect Ann and her son Nate. But he doesn’t have a clue about the secret Ann hides, how high the stakes are or how far she’ll go to keep the secret from surfacing. Only one thing has become abundantly clear to Bryce . . . Ann’s now become the hunted.

Near You flows at a steadily rising pace with the story unfolding and the suspense growing via the killer’s thoughts and Crime Reporter Paul Thompson’s crime notes. The results are highly effective in building and maintaining momentum and ominous vibes throughout. Readers are challenged with finding their way through the many twists and turns, red herrings and hidden secrets to uncover the identity of the killer before it’s too late. Burton is a master of disguise – of switch and bait – daring readers to join Ann in navigating the dark recesses of a serial killer’s warped mind. The resulting story is chilling, emotional and shocking.

With every Mary Burton book I read, my respect for her writing ability grows. I’m especially drawn to her expertise in muddying the water with two or more seemingly separate plot lines before eventually interlacing them in surprising and often shocking ways. Near You, Montana Series book two, is another fantastic illustration of her mad writing skills as is the highly acclaimed book one Burn You Twice in which Ann and Elijah’s history occurs. While I always recommend reading series in order, the author’s expertise in weaving backstory in as needed is remarkably effective. I highly recommend Near You to fans of dark, blood chilling psychological thrillers with just a touch of romance.

END_OF_DOCUMENT_TOKEN_TO_BE_REPLACED

The crime thriller author on her latest and more