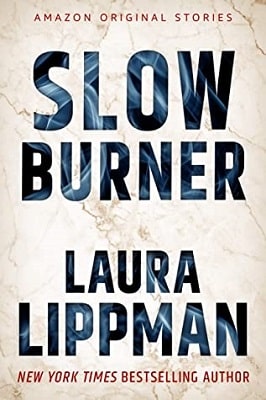 Affairs in the technological age can be even more problematic, perhaps, than in previous ages. This installment of the HUSH Collection is filled with interesting discussions on the emotions of infidelity and its various levels. Here, Lippman leaves the reader to consider how destructive one man’s actions can be to a wife who’s not new to the game.

It all began fairly harmlessly for Liz Kelsey, when she was preparing to launder her husband’s pants when she found a cellphone in Phil’s pocket. Curiosity got the better of her. She opened the phone to reveal a text string with a woman from their past.

Eighteen months ago, Phil had strayed from the marriage and commenced an affair with a woman he labelled as ‘HW’ in his contacts folder. Now, with her initials back on this secondary phone, Liz is sure her husband’s up to no good.

As the story progresses, Liz reads the text exchanges between the two, in which Phil is pushing hardcore for a resumption of the interaction, while ‘HW’ seems to have cooled her jets. Liz adds her own editorialising for the reader’s benefit, while also showing that Phil has surely learned nothing from his past. Counselling did little, though it is almost as though the neutrality ‘HW’ shows in the text conversation pushes the Kelseys back to seek marital assistance. When Phil tries to justify that his decision to divorce Liz is solely for his own happiness, the text responses ‘HW’ offers leave some questions as to whether she believes him.

Setting up a meeting in San Francisco, Phil and ‘HW’ agree to see one another face to face, though something goes wrong and Liz learns some horrible news. It’s as the story closes that everything comes together and Liz must face the storm.

Having never read any of Laura Lippman’s work before, I came into this piece fairly open minded. I hoped something would pull me in from the opening pages. This happened, though I was waiting for the action to kick into high gear. Instead, the slow and methodical development of the plot turned action into revelation and served up a few twists that left me eager for more.

Liz and Phil play dual protagonist roles. They both share centre stage, though never with one another. Liz serves as the grounded character, offering the reader all they need to understand the bigger picture, while Phil shows an online presence that pushes the story forward. Obviously, they need one another for this story to work, which Lippman does well in their respective realms. While there is mention of ‘HW’ throughout, her role is minimal and serves only to offer an emotional wall for Phil, leaving him to spin his tires.

The premise of the piece was quite well planned. Emotional affairs and the sharing of feelings by text is a newer, but by no means radical, form of infidelity. Lippman shows the power it can have, even when only one player is part of the game. She also provides some social commentary about how it takes only one to be fully committed to derail something, causing  missed cues that usher in a false reality. Lippman moves well between ‘text’ and reality, giving the reader just enough to get a sense of what is going on, while also leaving much in the air. The closing pages bring things together effectively, though the reader will have to take the time to see what’s meant by that.

The bottom line: Kudos, Madam Lippman, for this great story that kept me thinking. I will have to look into some more of your work, when time permits.

An unexpected partnership leads two wolves to reconsider everything